INCOMING: POCHER KITS RETURN WITH THE LAMBORGHINI AVENTADOR TO 1:8 SCALE 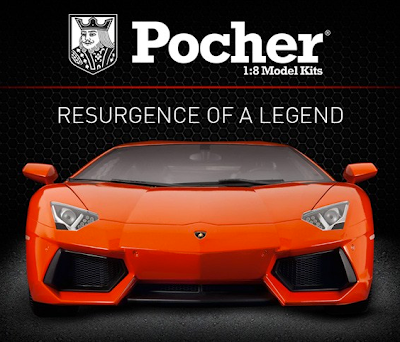 DAVID JEFFERIS REPORTS:
The tie-up between Hornby and the classic Pocher car kit brand has finally turned to modelmaking gold with the upcoming 1:8 scale kit of Italy’s finest - the Lamborghina Aventador LP700-4.

As you might expect from Pocher’s previous kits, the body of this hefty 7kg (15.4lb) 1:8 scale model is made of high quality diecast metal and comes ready painted. The Aventador has more than 600 components, made of materials that include metal, plastic, rubber and various textiles.

Functional parts
Steering, suspension and spoiler mechanisms are functional as are the swing-up doors. Despite that, the car is claimed to be easy to build, and can be assembled in either left- and right-hand drive versions. Despite the large scale, the low-slung Lambo is hardly a massive shelf-filler, as it barely tops 142mm (5.6in) high. Still, size isn’t everything, though looks are, and this one has it in spades. 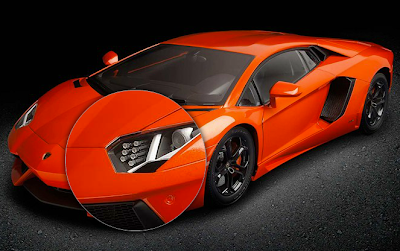 About Pocher
Arnaldo Pocher was born in 1911 in Trento, Italy. He trained as a goldsmith engraver and went to work in Turin. After World War II, he formed Pocher Micromeccanica, and later Corrado Muratore and Arnaldo Pocher, all producing various items of equipment for model rail buyers. 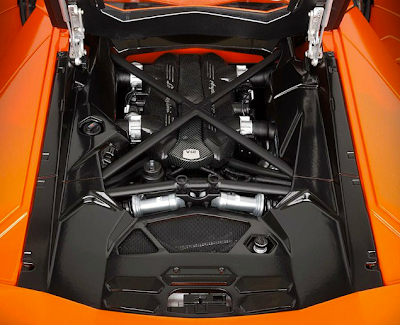 Fantastic Fiat
In 1966, Pocher revealed the kit that made its name: a 1:8 scale Fiat F2, race-winning car of the 1907 French Grand Prix. The model had a galaxy of components - 144 in plastic, 173 brass, 506 more in steel, copper, leather, rubber and aluminium. The Fiat set the scene for many more Pocher kits, including classics from Alfa Romeo, Mercedes-Benz and Rolls-Royce (below), all based on official manufacturers’ plans and specifications. For the auto model world, Pocher kits represented - and still do - the peak of achievement. 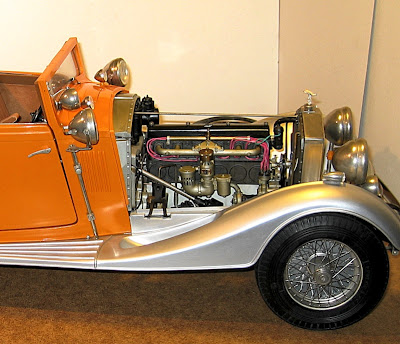 Rivarossi bows in
Things changed with the 1970s sale of the Pocher company to another famed Italian model company, Rivarossi, itself a brand now owned by Hornby. Arnaldo Pocher, meantime, left the company; he died in 1989. 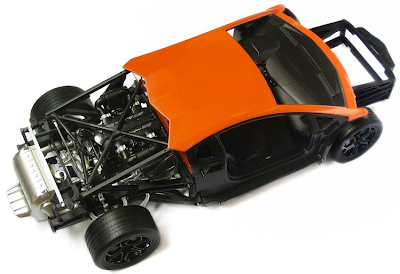 New owner Hornby
Pocher was bought by Hornby in 2004, after its then-owner, the Italian Lima group, had gone bankrupt. The next stages have taken awhile, but at last things are moving forward on the Hornby-Pocher front, with an announcement in December 2012 of a Pocher relaunch, under the promo label, ‘Resurgence of a Myth.’ 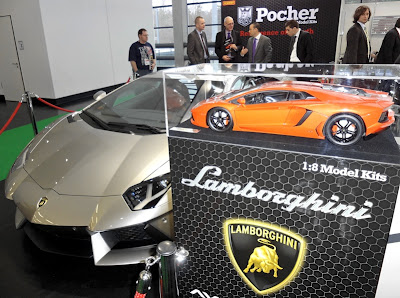 Presentation
The Nuremburg Toy Fair in January 2013 saw the official presentation, where two lovelies (below) showed off what we hope will be the first of many new Pocher kits to come: the 1:8 scale Lamborghini Aventador. 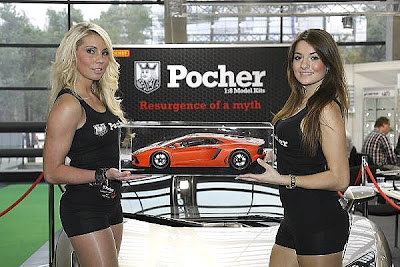 Movie linkage
In line with Hornby’s media tie-in policy, the Aventador was also trailed as, ‘…coming directly from the set of the new Batman movie.’ They’re talking about ‘The Dark Knight Rises’ and here’s a nifty promo video from Lambo linking the car with the movie soundtrack - speakers to LOUD, people!


The real thing
The video shows the car off as German-owned Lamborghini would like you to see it, blasting along a deserted highway, with moody music as a backdrop. Real life may provide traffic and jams as extras, but I’d have one anytime for Sunday morning fun runs! 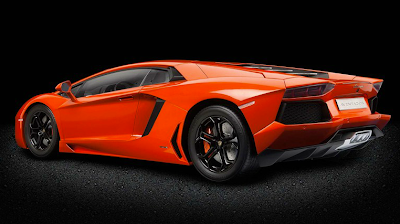 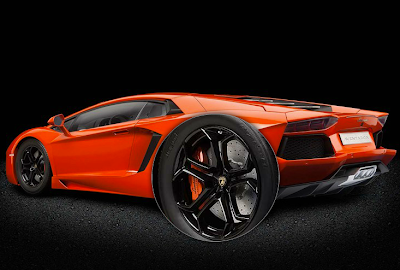 Performance specs
It’s not all show either - the Aventador LP 700-4 has a 700hp 12-cylinder engine, delivering a tyre-shredding 0-100km/h time of 2.9 seconds. According to Lambo, the shifter snaps through the gears quicker than you can blink. The Aventador has been timed at 249km/h (217mph) - not bad for a supercar measuring just 1140mm (3.7ft) high!

If you can’t wait for (or afford) the Pocher kit, but find the Aventador extremely tasty, have a look at gazillions of other models at Amazon here.