INCOMING: SOVIET-ERA MOON LANDER FROM THE GLORY DAYS OF THE SPACE RACE 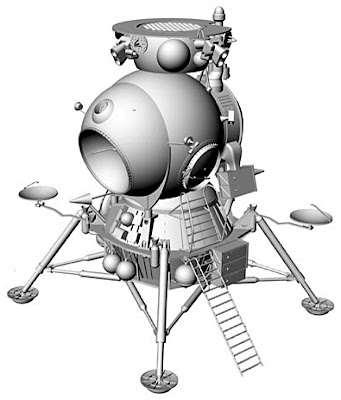 SMN REPORT:
Coming in to land next month is this intriguing LK Moonship kit from those masters of rare and fascinating sci-fi and space models, Fantastic Plastic.


The Soviet LK - letters standing for the Russian, ‘Lunniy Korabl’ or Lunar Ship - was a counterpart to the US Lunar Module (LM). It was smaller than the LM though, and a simpler design in general. There was no separate docking hatch for example. Instead, the pilot would have climbed inside for the Moon landing via a space walk. Also, there was no separate ascent engine, the same one being used for both landing and takeoff from the Moon’s surface. Like the LM, the LK (left below) design used its landing-gear assembly as a launch platform. 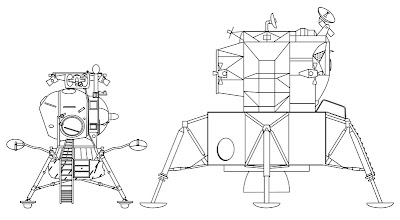 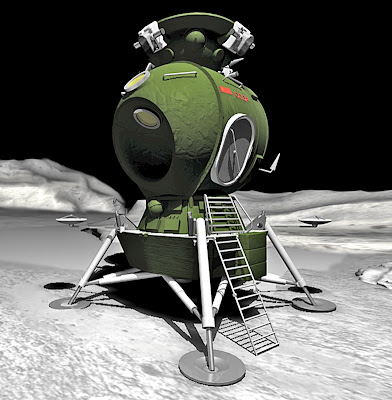 Display base
We’re pleased to add that Fantastic Plastic will be including a lunar landscape display base and a cosmonaut figure. At just under 40mm (1.5in) high, the cosmonaut could turn out to be a miniature work of art, if you take some time and trouble with the air- and paintbrushes.

Double landing?
Diorama what-if concepts spring to mind - how about a US-USSR double-landing, with astronauts and cosmonauts raising a single United Nations flag? Or (more likely for the time) competing to see who could unfurl the biggest pennant - stars and stripes or hammer and sickle?

No chance for Moon missions
It’s a huge shame though, that any such diorama would be strictly in the land of maybe, for the real LK never got the chance to make a Moon landing. The craft went far beyond mere concept and specification, being tested successfully in Earth orbit, but the failure of the big N-1 moon rocket and the success of the Apollo landings resulted in the whole Soviet lunar landing programme being cancelled.

Summation
Looks a great little kit, that'll be a fascinating must-have for all space buffs. It’s due from Fantastic Plastic in May 2013, and we’ll be watching closely for this one.