ROCKET THREAT FROM NORTH KOREA? THE SOUTH HAS ROCKETS TOO, AT LEAST FOR LAUNCHING SATELLITES 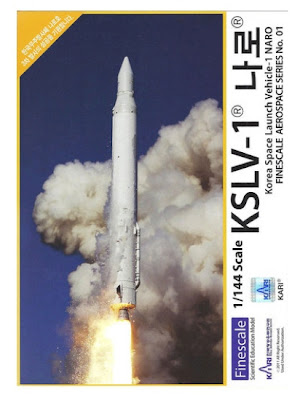 MAT IRVINE:
The Finescale model of South Korea’s KSLV-1 (Korea Space Launch Vehicle) is a satellite launcher, rather than a ballistic missile, but it is of a similar size to North Korean rockets presently being brandished by the aggressive North Korean regime. 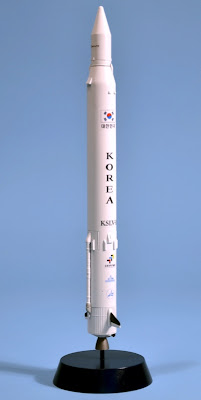 The KSLV-1 model was first issued in 2011, and is supplied in white styrene plastic, moulded on one runner. It is a straightforward kit with 20 components to assemble the rocket itself, plus a plastic base and a metal rod to support the completed model. 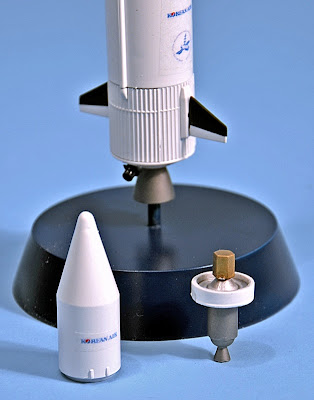 Satellite choice
But you do get a payload, or in this case a choice of two satellites, to be placed under the rocket’s removable nose shroud. The satellites are very simple, being basically a cube and a hexagon - but this is in 1:144 scale, and with careful painting they can look convincing. 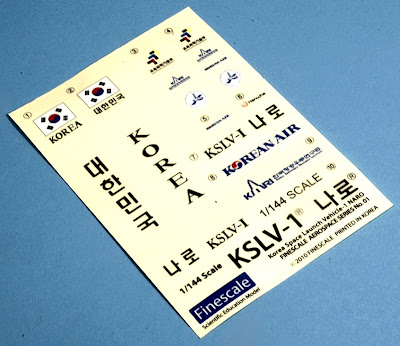 Decals
The only slight downside to the model is that although decals are provided, they are the peel-off/stick-on type, rather than the conventional and much thinner waterslide variety. However they are usable and if you want to make your own, it’s an option. Experienced modellers could scan the images and make water-slide versions with special decal-making paper, usable in most modern desktop printers. 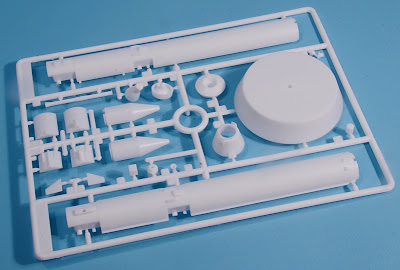 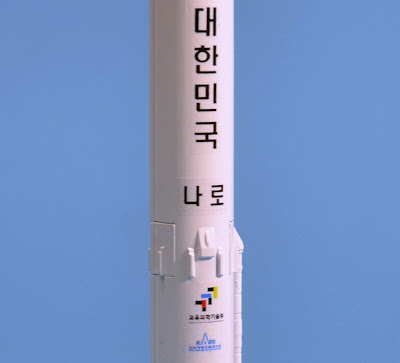 The real rocket
Although intended to be a completely South Korean product, the launcher ended up being developed from the Russian Angara family of small launch rockets. The first stage uses a mixture of liquid oxygen (LOX) and kerosene, feeding a Russian RD-151 rocket engine. The second stage has a solid-fuel motor, built in South Korea by Korea Aerospace Research Institute (KARI). 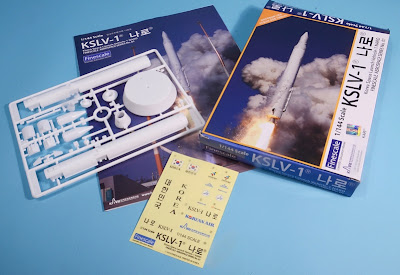 Inside the box
The kit contains a single component runner, a set of peel-off decals, a large colourful set of instructions, plus a black plinth and metal rod to support the rocket.

Third time lucky
To date, there have been three KSLV-1 launches. The first two, on August 25, 2009, and June 10, 2010, were failures, but the third attempt was a success. On January 30, 2013, the rocket sent the STSAT-2C (Science and Technology Satellite 2C) into orbit. Incidentally, the rocket is now called ‘Naro’, after the South Korean Naro Space Center, located near the north-south border in Goheung County. 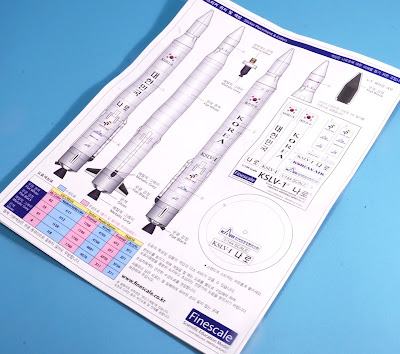 Where can you buy it?
Availability of the model varies, with the Finescale site showing more pictures and listing suppliers, some of which may have the kit in stock.

The kit is also advertised occasionally on eBay, where there is a wooden kit of the rocket presently on sale - interesting to say the least. 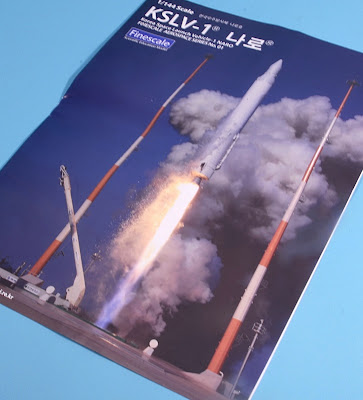