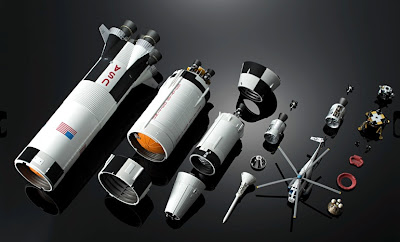 Bandai from Japan has pulled out all the stops with this 1:144 scale ready-built model, featuring the various components of the nearly-disastrous Apollo 13 space mission of 1970.

The Bandai 1:144 scale miniature is little short of astonishing. Every last detail seems to have been incorporated, from the damaged Service Module (SM) to a mini-diorama that features a floating Command Module (CM), a pair of divers with flotation collar, and a Sikorsky S-61 helicopter. 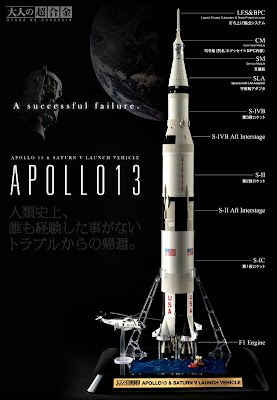 Stage treatment
The Saturn V is nicely detailed and coloured. We particularly like the treatment of the tanks within the main stage cylinders. 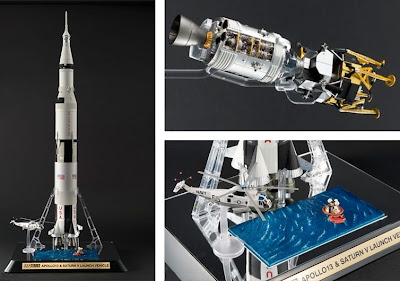 Stacked for launch
The whole Apollo assemblage can be displayed stacked and ready for flight, or you can separate the various parts into sections. For the latter, Bandai provides a set of mounts so the various Saturn V stages have no chance to roll away. The vertical display option has a base with transparent support arms, looking somewhat like the system used for real-life Russian Soyuz launchers. In launch configuration, the 1:144 scale Saturn V stands some 768mm (30.25in) high, plus display plinth. 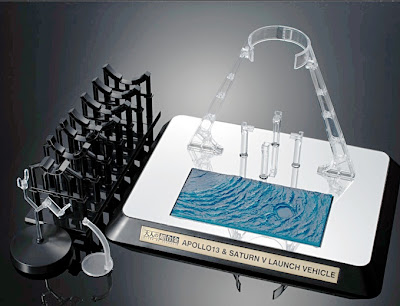 Care and attention
We’ll let the pictures do most of the talking from here on, as you need to look and admire the care and attention that Bandai’s product engineers have put into this Apollo 13 model. 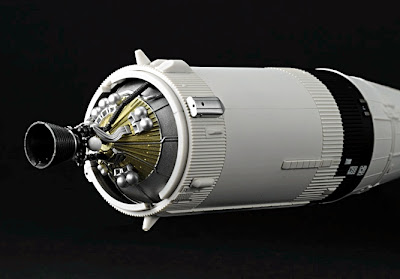 About Apollo 13
Apollo 13 was the seventh US manned Moon mission, and the third intended to land on the surface. The huge Saturn V launcher blasted off safely on April 11, 1970, at 13:13 CST from the Kennedy Space Center, Florida, but two days later an oxygen tank in the Service Module exploded, crippling the spacecraft. 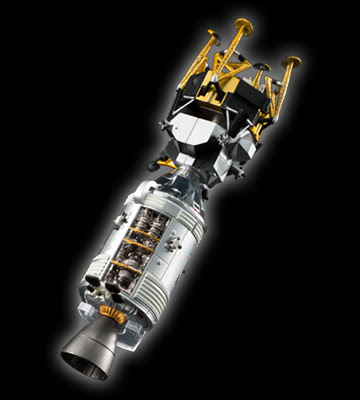 Deadly danger
The lunar landing part of the Apollo 13 mission was aborted, the issue becoming one of getting the crew back to Earth safely. Despite problems caused by limited power, loss of cabin heat, shortage of drinking water, and the need to carry out makeshift repairs to the carbon dioxide removal system, the Command Module and crew splashed down safely in the Atlantic Ocean five days later, on April 17. 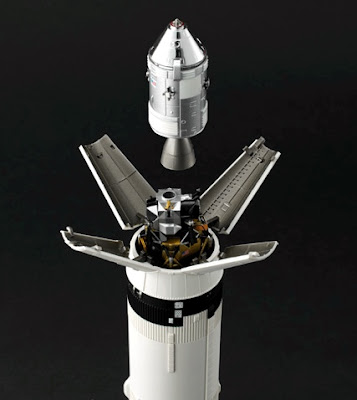 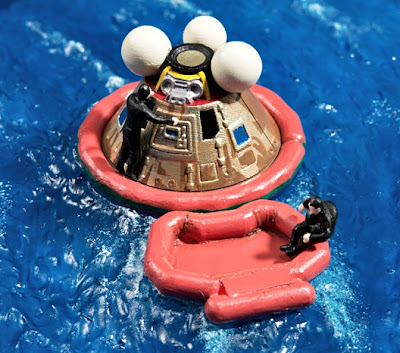 You can pre-order this and also Apollo 11 to the same scale from suppliers such as Hobby Link Japan.

Interesting space stuff from Bandai and others here. 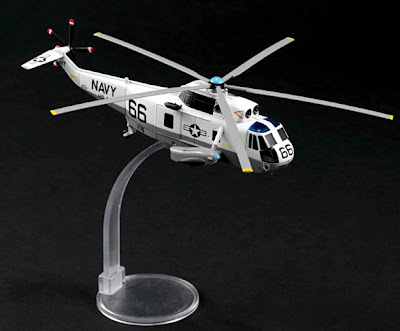 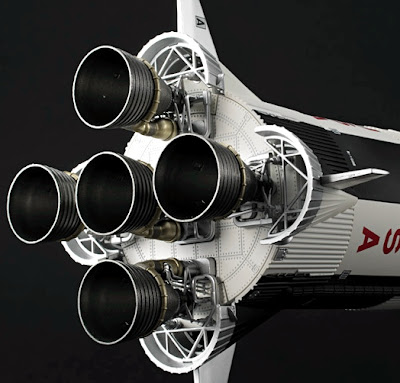 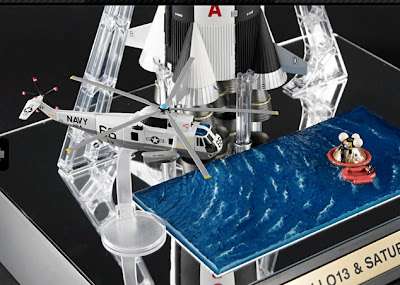 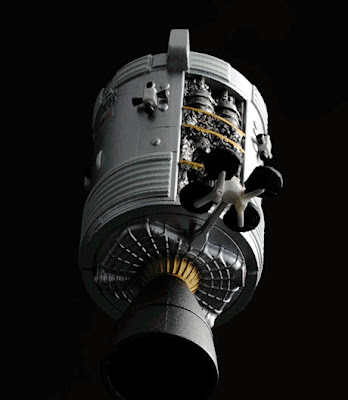 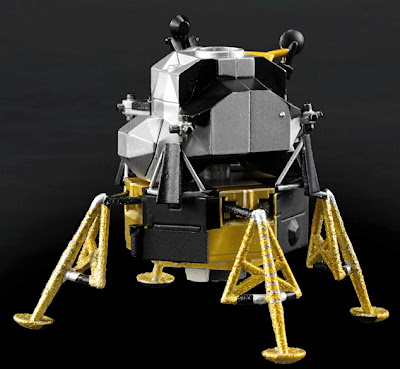