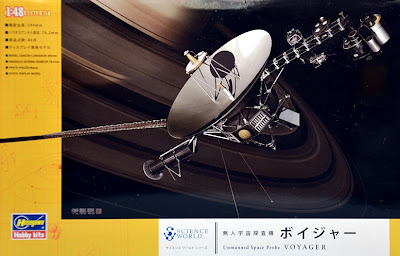 Mat Irvine: It’s perhaps a slightly odd decision for Hasegawa to model a spaceprobe that is more than 35 years old… but let us be pleased the company did, as it is a very interesting kit for any space enthusiast.


Two Voyager craft were launched in 1977, their mission to study the outer gas giant planets of the Solar System. Initially these were just Jupiter and Saturn, but Voyager 2 was redirected in mid-flight to go on to encounter Uranus and Neptune as well. 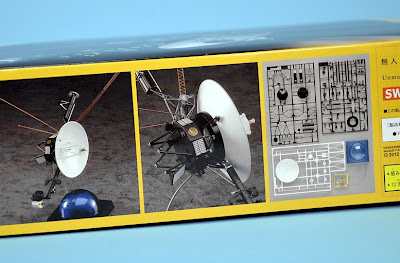 Currently the Voyagers are the most travelled objects to leave planet Earth, with Voyager 1 now some 18.5 billion km (12bn miles) from the Sun, far beyond the planets in the distant area known as the heliosphere. 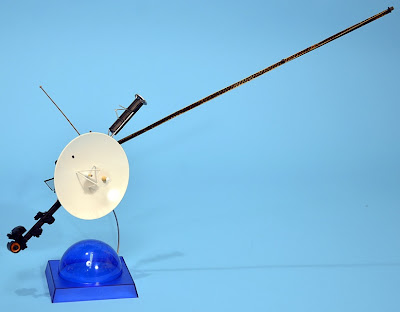 Just over 80 parts make up the Hasegawa kit, which measures some 325mm (13in) to the end of the magnetometer boom. The components are supplied on two black plastic runners, plus one in white and one gold-plated for the onboard ‘Golden Record’ message disc carried by each craft ‘just in case’ a future civilisation encounters either of them. This runner also has one other part, of which more later. Last thing is a translucent blue stand (above) like those supplied with Hasegawa’s popular Egg Craft series.

The Voyagers are deep-space craft with no use for streamlining, so booms and equipment protrude all over the place from the central bus. Most distinctive is the long magnetometer boom that carries the sensors out and away from the main equipment.


The boom is actually a spiral device, spun out from a canister as the craft slowly rotates. It is the sort of thing that is impracticable to mould in injection styrene, but Hasegawa has had to go this route - with a bit of judicious painting it can be made to look reasonably accurate. 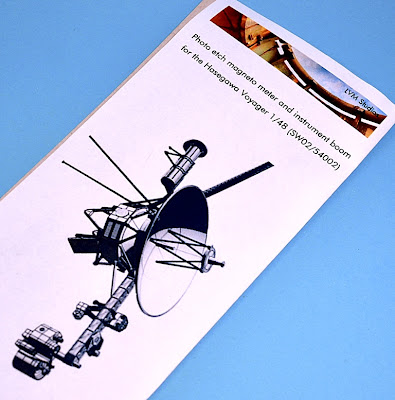 But of course photo-etch parts would be better, and these are available from LVM Studios in the Netherlands. Leon van Munster’s additions include the magnetometer and science platform booms. These greatly enhance the look of the finished model, and are incorporated in the picture below. 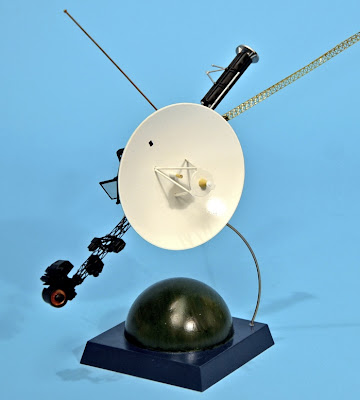 Incidentally, the ‘twist’ built into Hasegawa’s styrene components is correct - to reproduce it with the LVM photo-etch equivalent, all you do is take the ends and twist gently.

Here, I have painted the base to resemble Uranus, one of the fly-by target planets. Oh, and one more thing - the other part on the gold-plated runner? It’s a small alien figure! 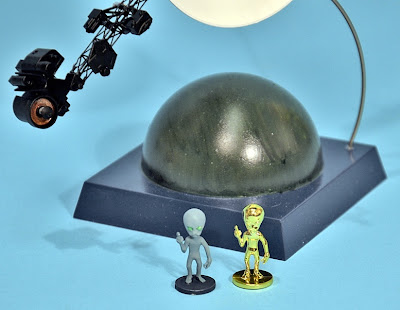 Thanks to Leon van Munster at LVM Studios for the photo-etch boom sample.