DEADLY NIGHTSHADE FROM ITALERI: MARTIN B-57G NIGHTHAWK TO I:72 SCALE 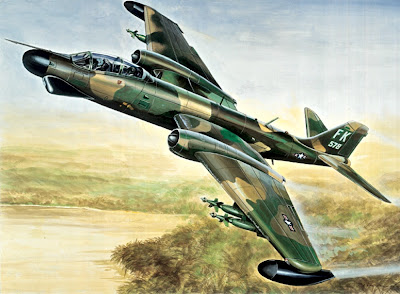 Italeri’s 1:72 scale Martin B-57G Nighthawk is one of those golden oldie model kits that’s been around for a looong time. But it remains an interesting subject, representing a highly successful early medium jet bomber. 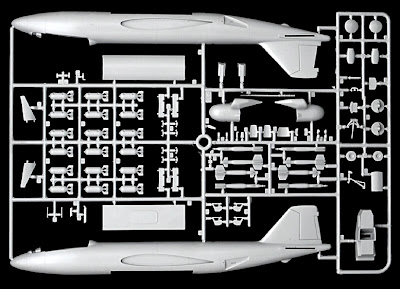 The new release is much the same as before, with a 277mm (10.9in) wingspan, and adequate, if hardly state-of-the-art detailing. Fuel tanks and ordnance are included, as is the big two-piece nose radome. We’d just love to see a detail-up version, with engines, ground crew and bomb trolleys in the box. 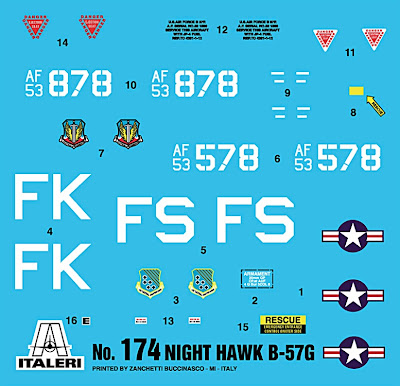 Decals
However, Italeri has at least seen fit to add a choice of unit markings, and if you haven’t built a B-57 before, it could be an interesting way to while away some evenings at the workbench. 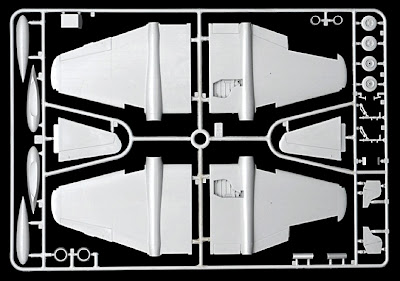 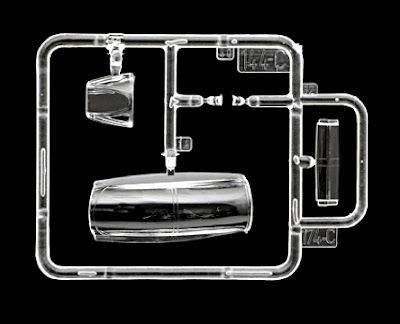 Specialist choices
A more unusual build for kit-bashers and keen converters would be one of the many specialist B-57s that have flown. The B-57 series listed a host of variants, a couple of which we show here. First off, the long-wing WB-57F Air Weather Service civilian version, flown by the NASA space agency from the Johnson Space Center. 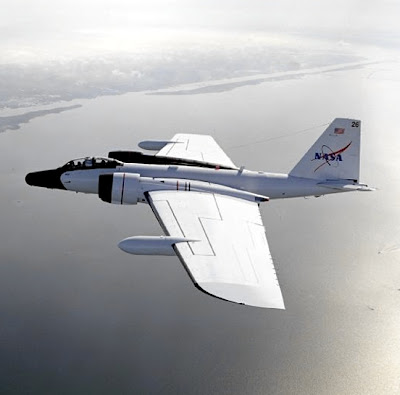 Missile tester
The other is the ‘schnozz-nose’ B-57E (below) fitted with the sharp end of a Boeing Bomarc surface-to-air missile for radar testing. 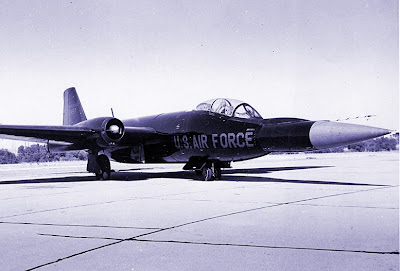 About the B-57
The Martin B-57 was a twin-jet engine tactical bomber, based on the British Canberra, a design that included the first unrefuelled east-west Atlantic crossing among its many aviation records.

The B-57G was developed as night intruder, clearly recognizable by the added Pinocchio-style nose radome and target designator. It was an important machine in the US arsenal during the Vietnam War, not least for support missions against the infamous the Ho Chi Minh supply trail from the north.

Airfix and Revell B-57 kits here, Italeri due soon.