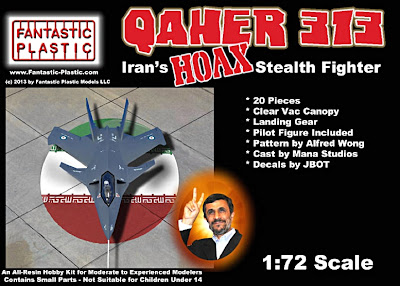 David Jefferis: In February 2013, Iran revealed a so-called ‘stealth’ fighter plane, the Qaher 313 Conqueror. And now we have Fantastic Plastic revealing its 1:72 scale model of what proved to be a ground-hugger hoax-jet. 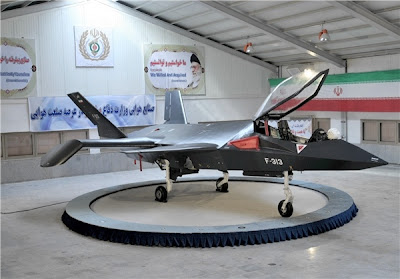 In the words of Fantastic Plastic: “What makes the Qaher 313 truly ‘fantastic’ is that it's an obvious hoax. Within hours of the plane's debut, aviation experts throughout the world were branding it a crude fraud. The plane was too small, the cockpit too confining and its controls too simple. 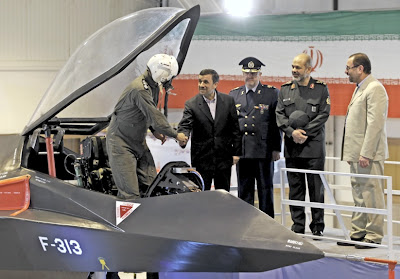 “Even its clear cockpit canopy (above) was so distorted it would give any pilot instant vertigo. The plane looked more suited to serve as a movie prop than a front-line combat fighter. To answer its critics, Iran quickly issued a photograph of the Qaher 313 in flight - a photo (below) that within hours was shown to be a crude Photoshop!” 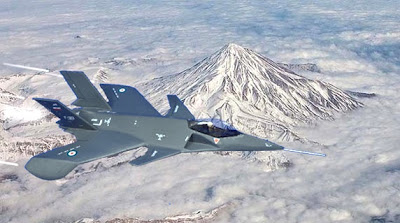 So hats off to Fantastic Plastic for coming up with a kit of this weird and wonderful design - let’s call it a modern version of Luftwaffe 1946, aka a promotional ‘super-weapon’ aspiration for the regime in Iran. 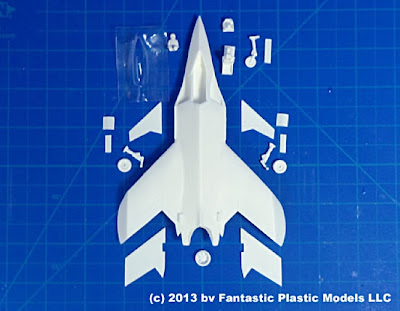 The 1:72 scale resin kit has been mastered by Alfred Wong, and cast by Mana Studios. Decals are made by the excellent Canadian outfit, JBOT. The Qaher 313 has a total of 20 components, including the landing gear and a transparent vac-form canopy. For the pitot probe, it'll be best to heat and stretch a length of sprue or runner from the spares box.

As for painting, you can stick to the presentation grey scheme, though feel free to choose more or less what you like, instead. A simple F-22-style silver-grey would look convincing, or you could go for a high-tech camo-style pattern, spraying satin-metallic shades of desert tan, brown and earth. A good place to find these is in an auto-spares store, where aerosol cans are racked in a kaleidoscope of colours. 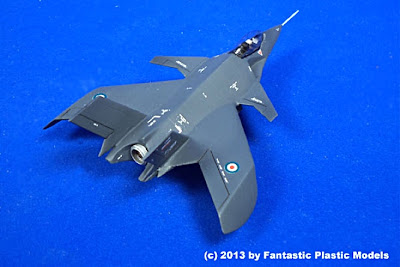 Summation
The Qaher 313 may have been a fraud and a near-total PR fail, but it stands as a fascinating example of the lengths to which a regime may go in order to gain political brownie points. As such, the Fantastic Plastic Qaher 313 ought to be on a shelf-top stealth fighter fleet, if only as a good conversation piece, when you can point out that this plastic kit should fly about as well as the full-size original. 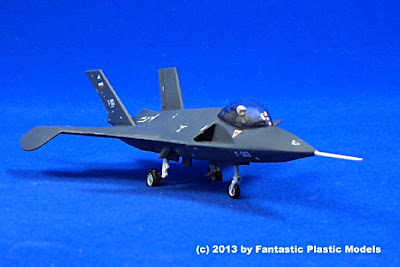 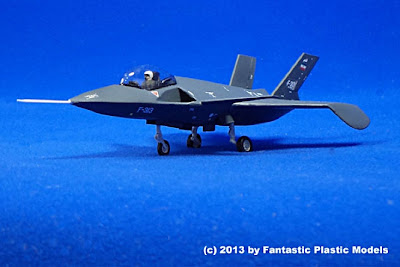 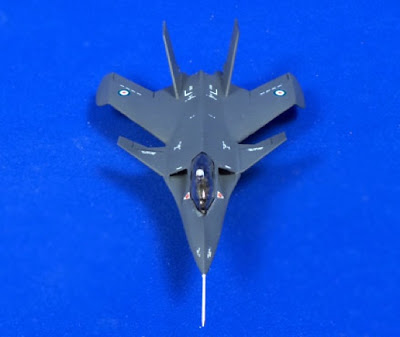