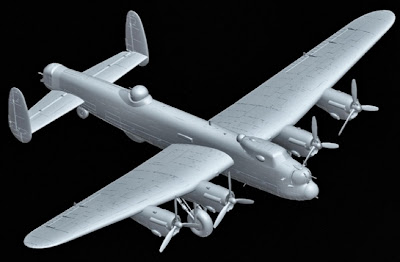 It looks like the Hong Kong Models Avro Lancaster will be available sometime in June. And it looks a can’t-miss-out hit with modellers.


The sheer size of this Hong Kong Models (HKM) Lancaster has to make it a winner - to 1:32 scale, the wingspan is some 972mm (38.2in), and that’s nearly a metre or more than a yard, depending on your measurement preference. Either way, it’s going to be one big bomber, with a fuselage length of 660mm (26in). 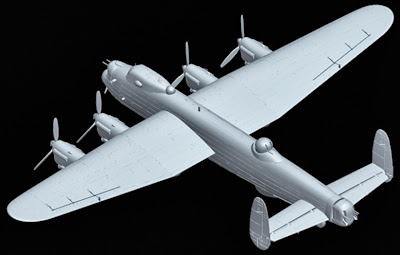 We don’t yet have build-up pix, but HKM’s cgi images give some idea of what to expect. Our order is in, and we can’t wait. 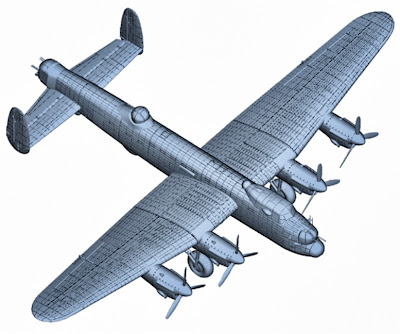 About the Avro Lancaster
The four-engine Lancaster became the RAF’s main heavy bomber in World War II. It was designed by Roy Chadwick, mostly built with power from four Rolls-Royce Merlin engines.

The ‘Lanc’ was probably the most famous and successful night bomber, and by the war’s end, Lancasters had flown some 156,000 missions, while delivering more than 600,000 tonnes of bombs. Crews were typically seven-strong, with three gun turrets for self-protection.

Lancasters carried all sorts of bomb loads, culminating in the ‘bouncing bomb’ used on the Dam Busters raid by 617 Squadron, and the later ‘Ten ton Tess’ Grand Slam concrete buster.

The 1:32 scale HKM Avro Lancaster is not available yet, but the excellent North Mitchell B-25J to the same scale, can be seen here.