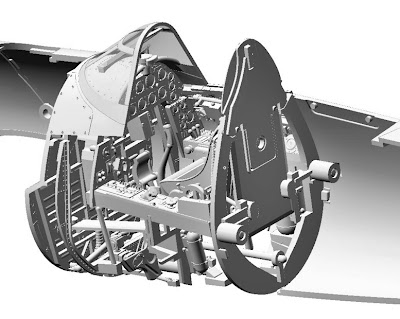 Fans of big 1:32 scale will be pleased with the latest from Tamiya, due on display at the Shizuoka show in Japan in a few days time.


The F4U-1 Corsair, nicknamed 'Birdcage', was a big step on the way to the aircraft's final position as finest carrier fighter of World War II. It earned the nickname for the complex canopy framing, which had the unfortunate side-effect of severely interfering with the pilot's all-round vision. Once this was remedied by a frameless blown perspex canopy, the Corsair's place as a successful combat machine was assured. 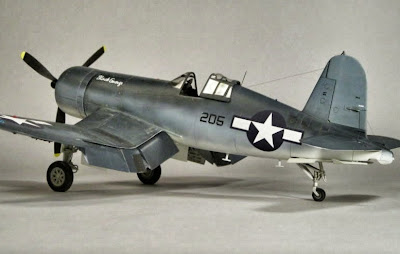 As for Tamiya's kit, we don't have too many details yet, but these cgi development drawings are enough to whet our appetites for the real thing. 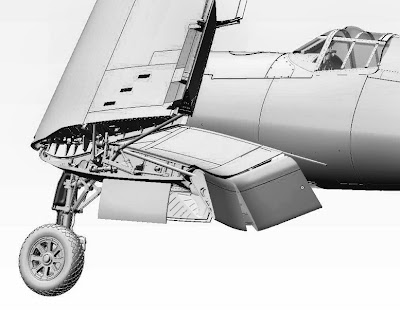 Looks like there will be plenty of detail in the cranked wing, with landing gear, flaps, and wing-fold mechanism all being featured. Mind you, Tamiya's smaller 1:48 Corsair is already an excellent kit, so we expect this new one to be a knockout. When assembled, the 1:32 Corsair should be pleasingly substantial, with a wingspan of some 391mm (15.4in). 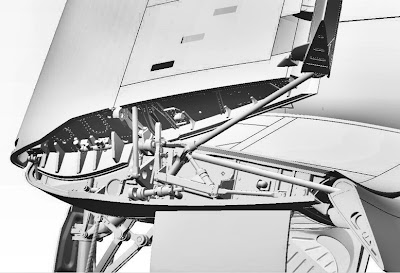 The early development XF4U-1 aircraft (below) had little of the visual finesse shown by production machines. The high dorsal spine gave it a totally different look to the final design. 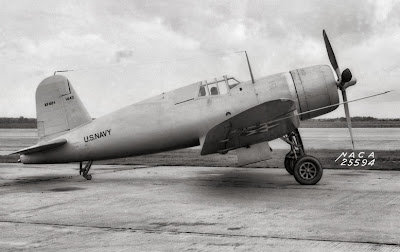 Massive propeller shows clearly (below) as a Corsair powers up for a carrier takeoff in the Pacific Theatre. 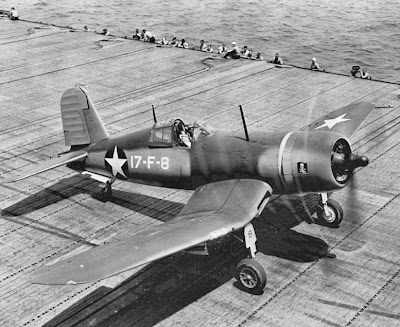 Another mission ends safely as a Corsair successfully catches the wire during a carrier landing. 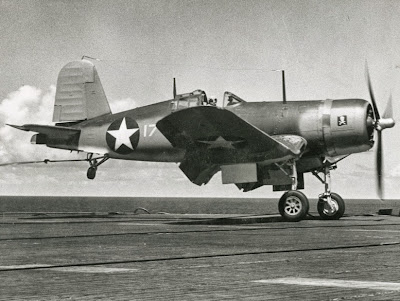 Corsairs of various types and scales here, including the Tamiya 1:48 scale kit, which includes a nicely moulded motor tug.