MODELKRAFT SHOW 2013: A FEAST OF SCALE TALENT ON DISPLAY 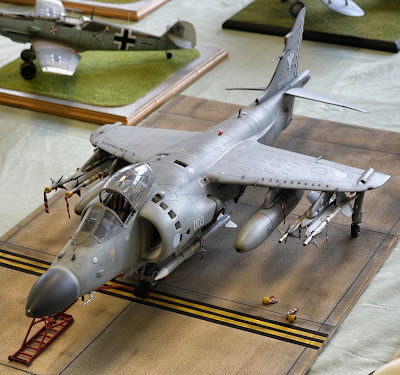 
General view of the ModelKraft main hall (below) reveals a mass of models, and plenty of visitors. 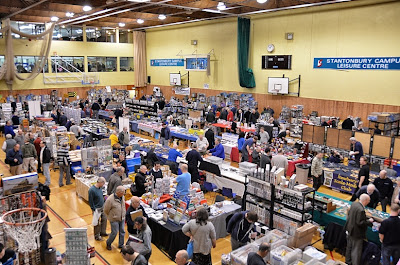 The smaller exhibition area (below) on the first floor, with the main hall visible through windows at the back. 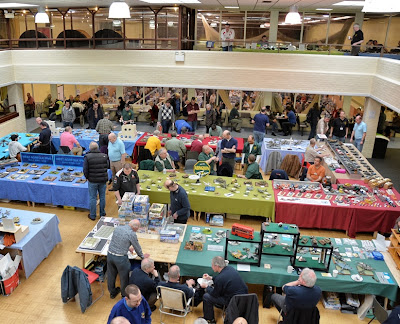 Friend of SMN, and co-organiser of the HaMeX model events, Paul Fitzmaurice’s trade stand (below) was packed with model accessories - and every item on it is transported to and from shows in his Skoda Roomster minivan, which he packs and unpacks with millimetric precision. Paul has also set up the newest model club in the area, details at his website. Visit Paul here. 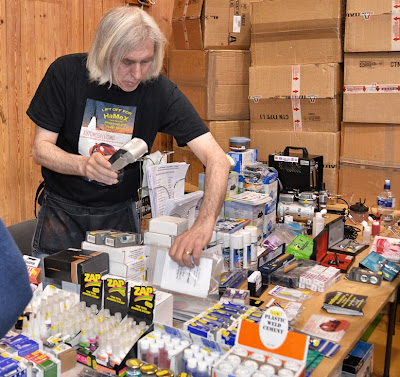 You can’t have too many Phantoms… despite its antiquity (first flight 55 years ago!) the cranked-wing F-4 is still a major draw with aviation fans and modellers alike. 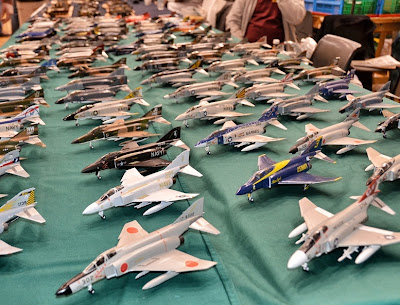 A neatly-presented 1:25 scale AMT 1965 Lincoln Continental (below) completed with one of the kit’s options, a station wagon back. 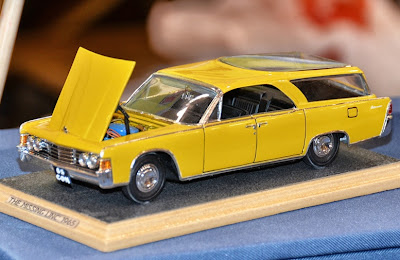 Just to prove that model-making need not be all about planes, ships and automobiles, this intriguing diorama was built using a combination of three Airfix skeleton kits and imagination. 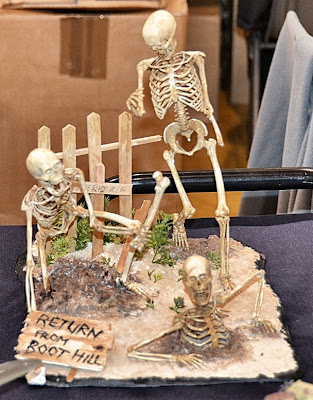 Below, part of the club stand of the organisers, the Milton Keynes Scale Model Club. 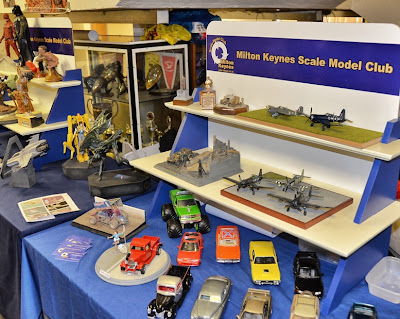 You never know who you might see at these sorts of events. Who would have thought that Lord Vader himself was a model enthusiast? Well, having rampaged around a galaxy far, far away, and a long time ago, he probably needs to relax these days with a quiet hobby… 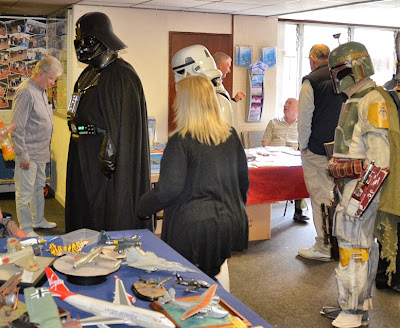 A turntable presentation (below) for this AMT Ford Pinto, newly rebuilt from when he first made it years ago, by Harrow Model Club member, Jon Rackham. 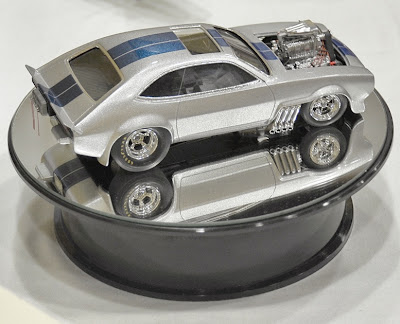 A giant-size 1:32 scale English Electric Lightning (below) built from the Trumpeter kit. This is the version fitted with overwing fuel tanks, intended to increase the range of this notoriously thirsty interceptor. 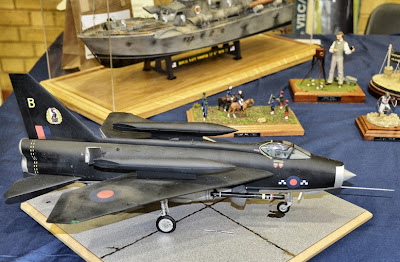 The Airfix 1:24 scale Sea Harrier is always a favourite. The kit may be some years old, but in the hands of a skilled modeller, it still stacks up well. 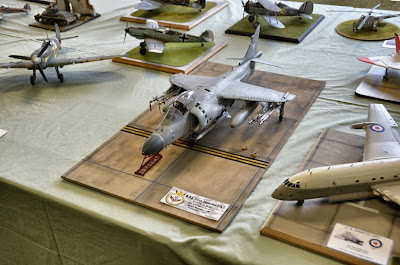 ModelKraft attracts clubs from across the UK. Here is the table (below) from the IPMS Swindon Branch. 2013 is the 50th anniversary of the UK IPMS, and it will be celebrated at Scale ModelWorld in November, 2013 at the Telford International Conference Centre. 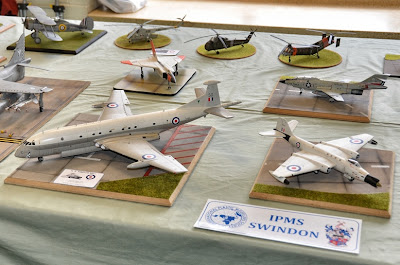 Someone seems to know his science-fiction artwork, as this wrecked spacecraft resembles the sort of thing that book-jacket illustrator Chris Foss was painting back in the 1970s. 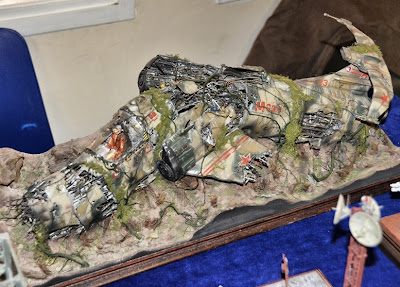 
A selection of science-fiction stuff from the International Plastic Modellers Society (IPMS) SF Special Interest Group (SIG) will be at the HaMeX smallspace event on July 7, 2013.