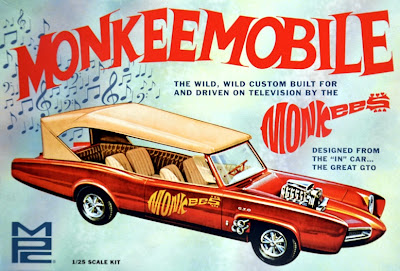 Mat Irvine: Dean Jeffries, the famed American car customizer, died aged 80 earlier this month, May 5, 2013. He was probably best known as the designer and builder of the Monkeemobile, stylish wheels for the 1960s pop-band, The Monkees. And here it is again in 2013, a 1:25 scale kit re-released by Round 2 Models. 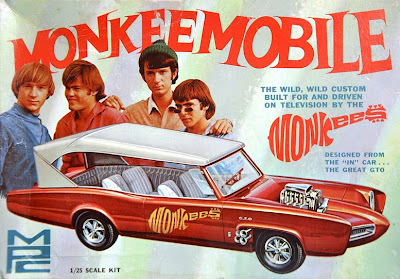 The Monkeemobile was produced originally by MPC in 1967 (above) but it’s a model that has been reissued a few times since then, the last being in 2000, under the AMT name. This latest 2013 release restores the original box-art or, to be more accurate, ‘almost’ the original box-art.

The 1967 box (above) featured the four group members (dubbed at the time, 'America's answer to The Beatles') from left: Peter Tork, Micky Dolenz, Michael Nesmith, and lead singer and heart-throb Davy Jones, who died in February 2012.

However, rights for their likenesses could not be obtained this time around, so the box-art now features musical notation instead of photos of The Monkees. 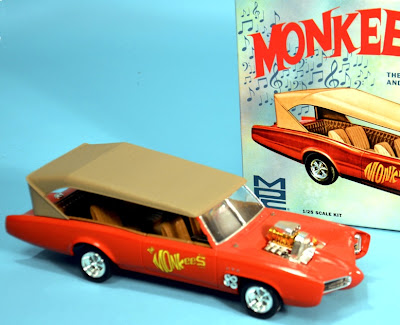 The kit itself is the same as the first issue. In the box there are 73 components, moulded in white, chrome, clear and red tinted plastic, plus four vinyl tyres. The car is actually a stretched Pontiac GTO that when assembled, measures some 234mm (9.1in) long. 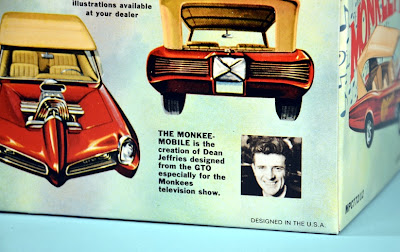 As for the real Monkeemobile, there were actually two of them, one built for use on the popular TV series, the other for touring the custom car show circuit. Apart from his design work, Jeffries also worked as driver and co-ordinator for stunt scenes in many movies. 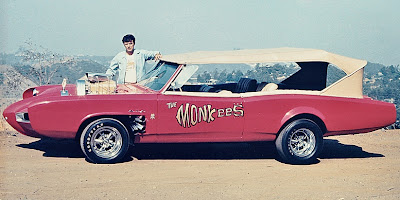 Amongst his other creations were the Black Beauty, transport for The Green Hornet, and the Moon Buggy (below) from the James Bond film, ‘Diamonds Are Forever. Others included the futuristic Landmaster for the movie, ‘Damnation Alley’ and vehicles for ‘Logan’s Run’. 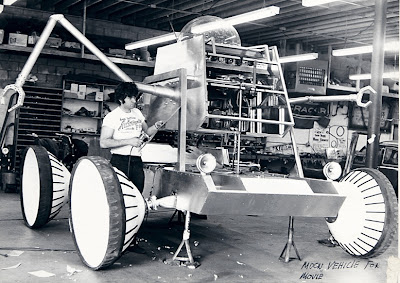 Moon Buggy for James Bond (above) and air-cushion vehicle for Logan's Run (below). 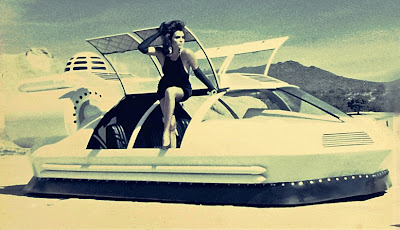 A Mantaray custom car was planned as an MPC kit, but never got further than the ideas stage, and was never produced. However, you could have got a 1:24 scale slot-car version from Japanese company, Nichimo.

I took the Monkeemobile pictures (below) at the 2011 London Film and Comic Convention. This is one of the newer replica cars, as more have been built since the first two, though not necessarily by Dean Jeffries. Even so, these pix should provide useful reference for a detailed buildup from the 2013 kit. 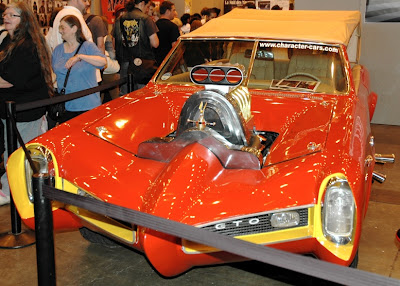 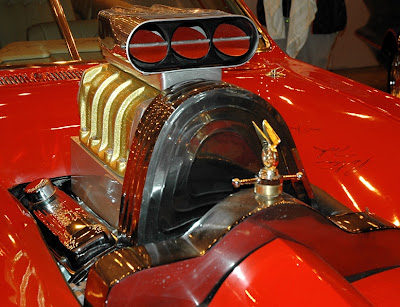 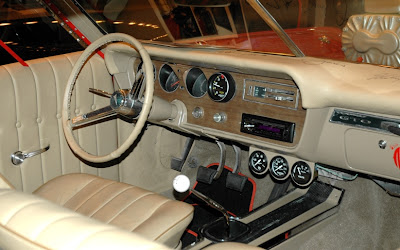 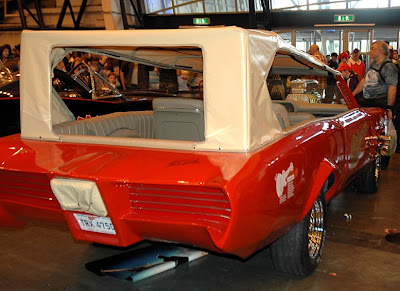 And here are some Dean Jeffries pix, giving some idea of what he worked on, when he was away from the Monkeemobile. 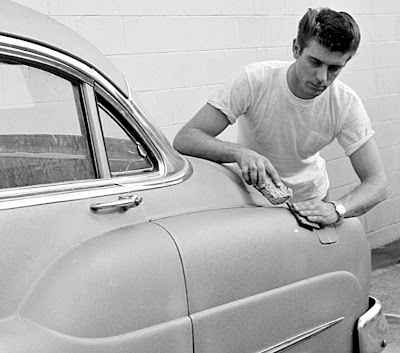 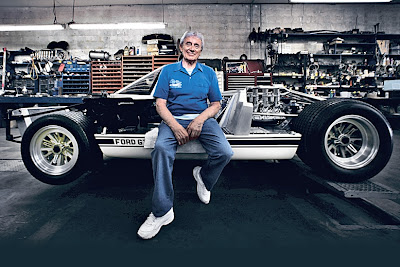 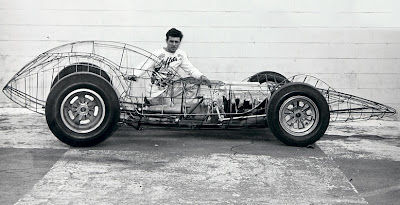 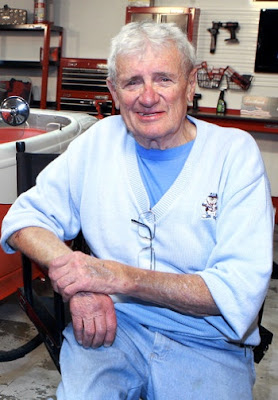