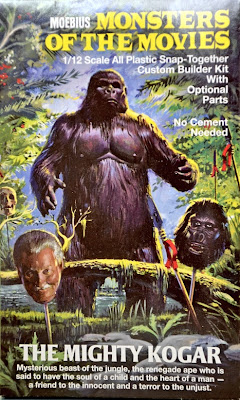 Mat Irvine: A brand-new kit from Moebius Models features a fictional giant ape called the Mighty Kogar, a creature created originally as a homage to the famed King Kong. 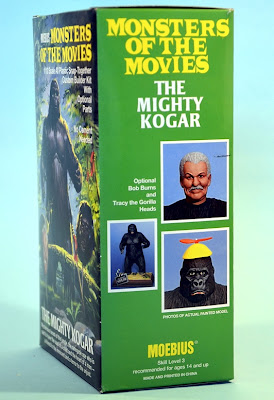 Moebius Models has reissued smaller versions of several Aurora ‘Monsters of the Movies’ kits to 1:12 scale, rather than the originals’ bigger 1:8 scale. The Mighty Kogar new-tool kit joins a list of movie monsters that includes the Wolfman, Mummy, Dracula and Frankenstein’s Monster. 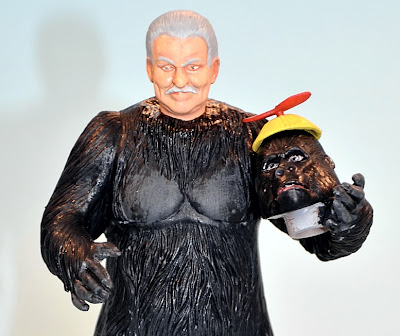 In case you haven’t heard of The Mighty Kogar, he was quite well-known in the 1960s, having been created by Bob Burns (above) a Hollywood actor-in-a-hairy-suit ‘Gorilla Man.’ The Mighty Kogar appeared on-and-off in a variety of movies and TV series, the first being the children’s film, ‘Lemon Grove Kids Meet the Monsters’, in 1965.

I added the head poles in this assembled model to echo the box-art, painted by New York artist Vincent Di Fate, whose illustrations have graced many sci-fi magazines and novels, since his work first appeared in Analog magazine in 1969. 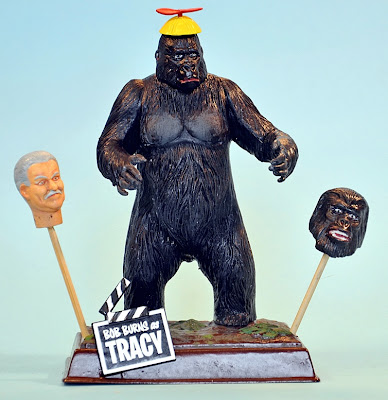 Bob’s best-known role is probably the gorilla character in ‘The Ghost Busters’, a 15-episode TV series made in 1975, almost a decade before the first Ghostbusters movie of 1984. Apart from his suit-acting, Bob has been credited with special effects, set design, writer, consultant, and is an avid collector of movie memorabilia. Visit his website (address at bottom) for more info. 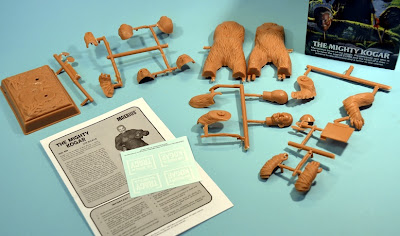 The snap-together kit has just 22 components moulded in tan styrene, so it’s simple to build, though as always with snap kits, you will probably want to use cement for a truly permanent assembly job. The kit does supply you with more scope than simply painting gorilla fur - in fact, it’s a 3-in-1 product, as you get two extra heads - Tracy the Gorilla from The Ghost Busters, and Bob Burns himself. 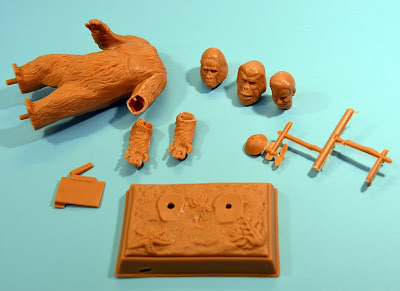 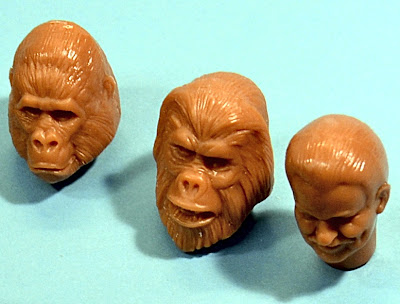 You also get two separate lower left arms, as one can be used if you depict the kit with Bob in the suit, holding the head of either Kogar or Tracy. Note that although both are gorillas, their heads do differ! 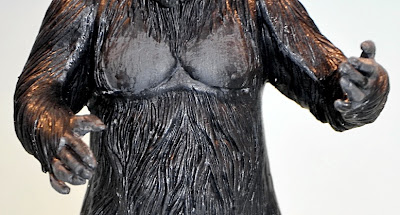 A clapper board (below) is supplied to fit to the display base, with four name titles. You have to choose one of these - you can’t use all four. 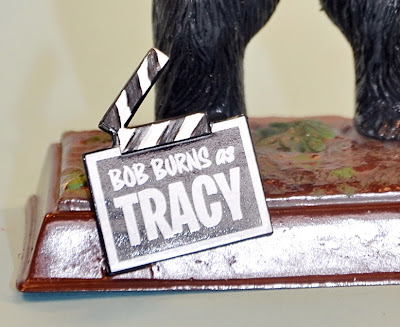 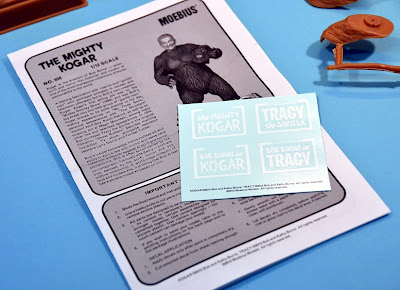 Instructions (above) are reasonable, and kit quality is good, even if some flash needs cleaning up. But overall detail is fine and facial detail well sculpted by Jeff Yagher, whose work you may see soon on the Bride of Frankenstein, also coming from Moebius. 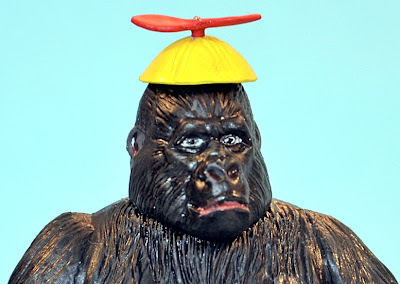 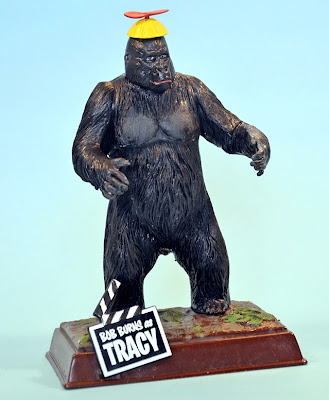 Summation
A fun 1:12 scale kit that’s easy to assemble, whether as a snap-fit or permanently cemented. For monster movie lovers, as essential for the collection.