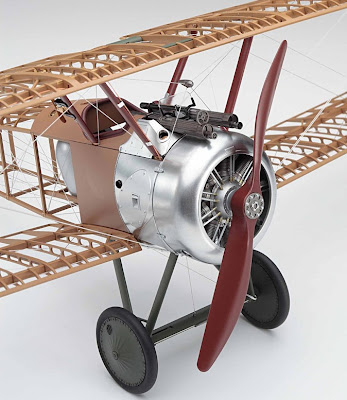 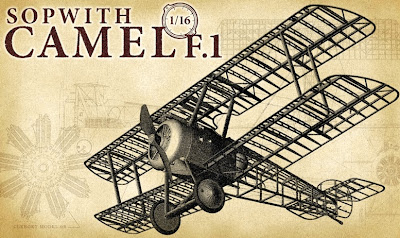 The original 1:8 Sopwith Camel mega-kit has been lurking in Hasegawa’s back catalog for many years, so it’s a real pleasure to see that the subject has been revamped for 2013, and will shortly be available for World War I fans. It’s good also to see some competition for Wingnut Wings in this area, albeit to 1:16 scale, twice the size of Wingnut aircraft. 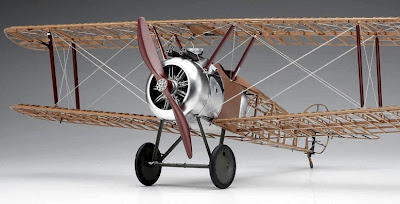 This see-inside ‘structural’ model kit has a total of 293 components in the box, so there’s plenty to assemble, though at 1:16 scale, even the smallest parts are relatively easy to handle. 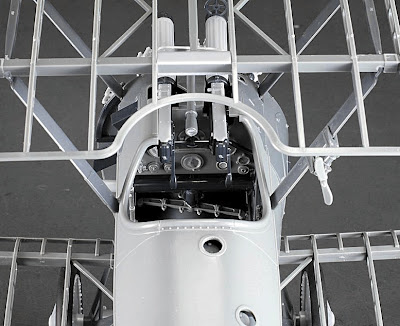 Hasegawa promo pix reveal a wealth of detail, though perhaps they could have given the fuel tank (below) a bit more care. Its central seam is quite noticeable, and you’ll have to give it a thorough fill-and-smooth job. Other details are much better, such as the highly convincing wicker pilot's seat. 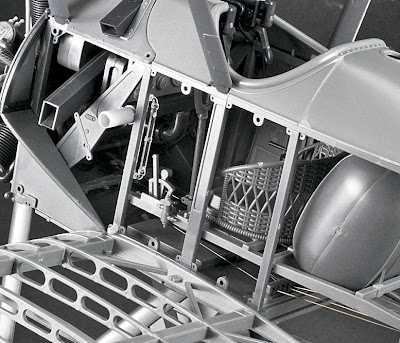 The engine cowlings deserve mention, as these components have been plated with a realistic, not too shiny, metallic finish. An excellent touch, as are the convincing tyres and delightful rotary engine. It’s worth pointing out that the Camel is not a multi-material kit, albeit the tyres are moulded in a rubber-like material. 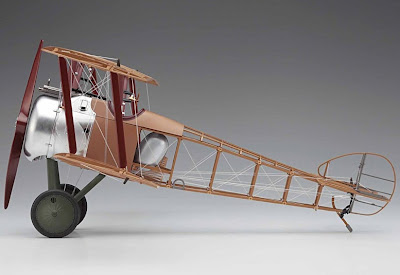 One area which could defeat the hands (aka skills) of this model maker is the rigging. At least this Camel is not to the comparatively tiny 1:72 scale, and neither was the machine the most heavily-rigged World War I aircraft. Even so, I can see that it’s going to need an extremely dextrous job to rig the Hasegawa kit effectively - so here’s crossing fingers (perhaps not!) that I can make it so. 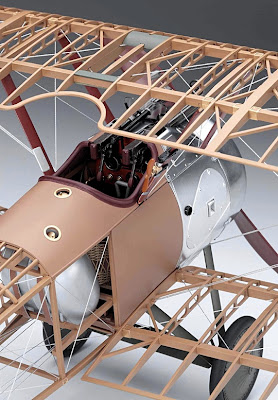 About the real thing
The Sopwith Camel was a British World War I single-seat biplane fighter, first introduced to combat operations in 1917, on the Western Front. It had a comparatively short fuselage, a powerful rotary engine, and twin synchronized machine guns.

Most trainee pilots at first found the little biplane difficult to handle, but in experienced hands it was an agile and manoeuvrable fighting machine. By the end of World War I flyers in Sopwith Camels had been credited with shooting down 1294 enemy aircraft, more than in any other Allied fighter. The restored Camel below is presently with the National Museum of the US Air Force, near Dayton, Ohio. 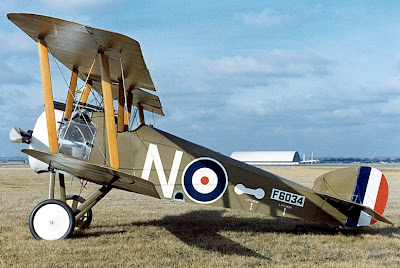 Summation
The 1:16 scale Hasegawa Sopwith Camel is a detailed kit that compares very well to other scale models of the World War I era. It will make an impressive display piece if assembled well.

The Hasegawa 1:16 scale Sopwith Camel should be released in July. Meanwhile there’s a wide variety of Camels in all scales here.