MORE SUPER-SIZE MODELS: DOWN ON THE FARM WITH 1:16 SCALE TRACTORS 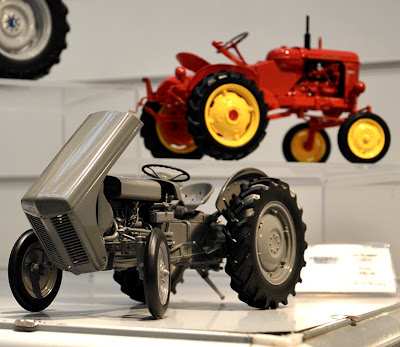 
Among the models that caught my eye at the London Toy Fair earlier this year were a number of 1:16 scale tractors. My star miniature on the Accurate Diecast stand was the ungainly twin-engine ‘Double Drive’ tractor (below) based on the Ferguson TE20, produced from 1946-56. The resulting model is a substantial, if weird-looking miniature that measures 280mm (11in) long. 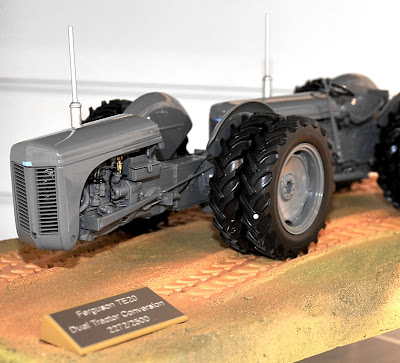 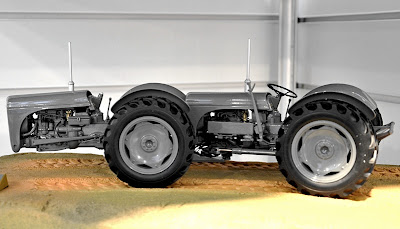 There is a historical kit connection here, for the Ferguson TE20 was the original ‘Little Grey Fergie’, immortalised as the first-ever kit made by Airfix, in 1949.

Another interesting 1:16 scale range appeared to be - at first glance - Meccano kits, but are actually made by Tronico, a German company that produces a wide range of farm machinery to this scale. These kits can be extremely complex - for example, the Tronico Massey-Ferguson tractor (below) has an epic 1024 parts to assemble. 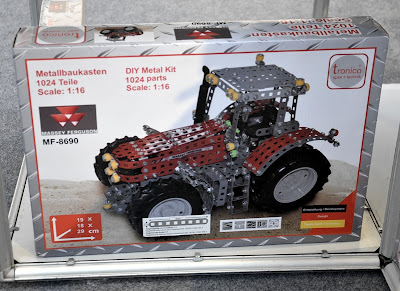 Although 1:16 scale is fairly unusual today, it could be said to have kick-started the whole idea of model car scales. The first Revell car kit, based on the Gowland and Gowland Ford Model T toy, was made to this standard engineering scale. There's an SMN article on it here.

The diecast Case tractor (below) is a neat model, though as a diorama-ready scale replica, it's crying out for some weathering and highlighted details. 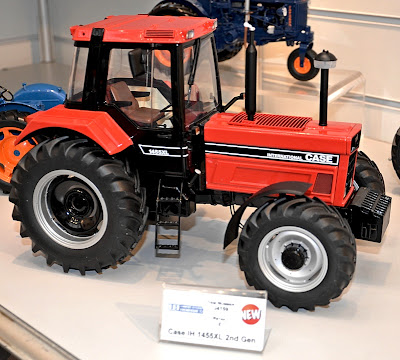 Tronico Krampe tipping farm trailer (below) being towed by a Fendt tractor. 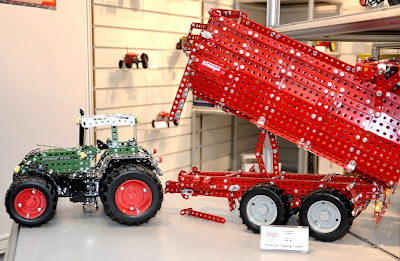 The Tronico box (below) is a workmanlike design, but provides the information a buyer needs. 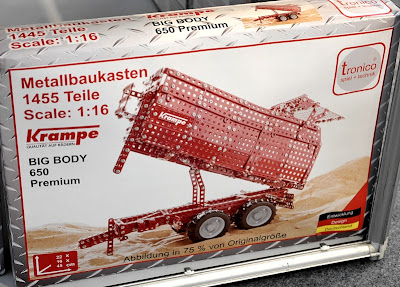 The Tronico Claas 750 Combine Harvester (below). The real thing is huge, and so is this 1:16 scale Meccano-like model. 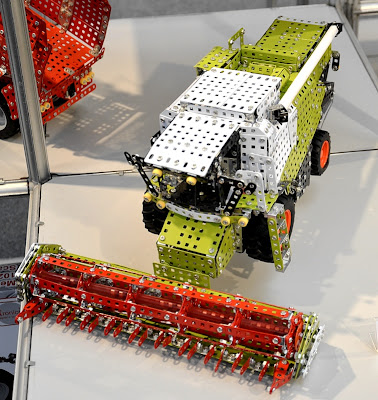