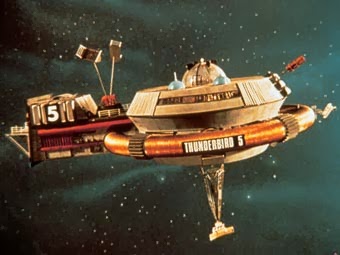 UK toy company Vivid Imaginations is to release models and toys for a new Thunderbirds are Go! series, having signed up as master toy partner.


Vivid’s Thunderbirds are Go! items will be wide-ranging, with planned figures, vehicles, construction, diecast, play sets, role play and dress up, construction, board games and puzzles. Products will see a UK launch in 2015, to coincide with the series premiere, 50 years after its first TV debut. The various model and toy lines will then roll out to international markets.

Toy line link-up
Paul Weston, CEO of Vivid, says: “We are delighted to be partnering again with ITVS GE (ITV Studios Global Entertainment) on Thunderbirds as master toy partner. The collective expertise of ITVS GE, Pukeko Pictures, Weta and Vivid make this a compelling must-have toy line for our retail partners across the world."

About Weta
Weta Workshop is the hot item for SMN readers, as it’s the special effects workshop that has brought New Zealand into the forefront of the movie industry - The Lord of the Rings, The Hobbit, King Kong, Avatar, and more - all have come from the FX magicians at Weta. There's plenty to see at Weta's site, including the tasty combat vehicle below. 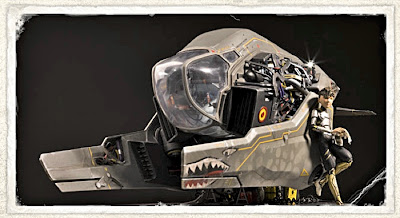 About Pukeko Pictures
Founded in 2008, the movie company is located in Wellington, New Zealand. With a connection to the world-famous Weta Workshop, Pukeko Pictures is at the southern epicentre of world-leading movie entertainment, using global talents and leading-edge production processes.

About Vivid
* Vivid was started by a team of people who used to work for Matchbox Toys.

* Vivid started making toys in 1993, the first big hit being Captain Scarlet and the Mysterons, the top selling boys’ toy for Christmas that year.

SMN take
It’s looking good for the new Thunderbirds are Go! Just so long as the scripts and acting match the near-guaranteed quality of Weta’s down-under FX miniatures team.