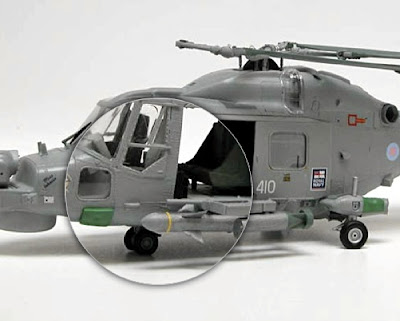 One of several competitions running at Airfix, this looks like a neat way of scoring the excellent 1:48 kit of the highly successful Lynx helicopter.


The kit in question is the Airfix Gift Set version of the Westland Lynx HMA 8, which is boxed with assorted accessories to make assembly easier. Apart from the kit itself you get eight acrylic paints, two paintbrushes, and polystyrene cement. 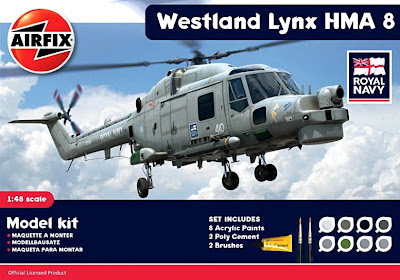 The 1:48 scale Airfix Lynx has had good reviews, though we’d suggest that a decent model takes a lot longer to make than the Airfix bare-bones minimum four ‘Flying Hours’ suggestion. It could well take that just to stick the 296 components together, and you can probably triple the time for even a fairly basic colour scheme. 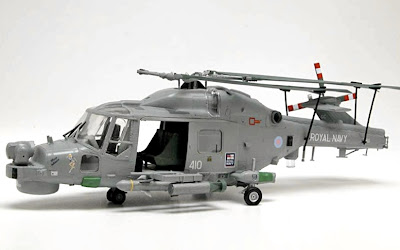 The Lynx is not a large machine in the metal, so at 1:48 scale the model is not much longer than a sheet of A4 paper - overall length of the assembled kit is 316mm (12.5in) and rotor diameter 265mm (10.4 in). Not that we’re complaining, as the kit packs in plenty of detail and the ordnance is well crafted. As you can see here, the assembled model looks particularly good with the doors open, rotors swung back, and tail folded.

As for the competition, it shouldn’t be too difficult, as it’s in the form of this multiple choice uber-easy question:

The Royal Navy is known as...?
A The Secret Service
B The Silver Service
C  The Senior Service

So that’s not too hard on the brain cells, then!

The Westland Lynx (below) is a fast and manoeuvrable helicopter that has seen more than 30 years service with the Royal Navy, and apart from British service, is currently flown by the armed forces of a dozen other nations. 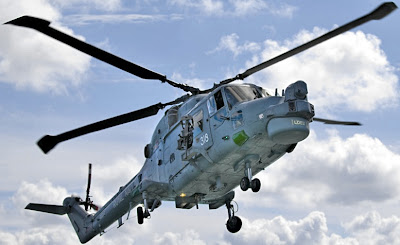 The main rotors are an advanced composite design, and the sensor fit includes the nose-mounted Sea Owl thermal-imaging camera, and a Sea Spray radar, fitted into the radome under the nose.

Closing date for entries is 2359hrs GMT on August 31, 2013. Entries received after that will not be accepted, so get on down to the Airfix competition page here.