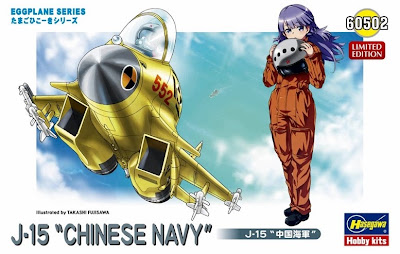 “It's not eggs-actly copyright in-fridge-ment” says Hasegawa, introducing the latest in its long line of Egg Plane mini-kits, this one a Limited-Edition Shenyang J-15.


Hasegawa eggspertly goes on, “The Chinese Navy broke a whole carton of international egg-reements when they plucked all the juiciest features of the Russian Sukhoi-33 and used them to feather their own bird.

“If that's not eggs-asperating enough, the roost for these finagled fighters is an aircraft carrier lifted from the hen house under false pretenses. Other countries have squawked plenty, but they ended up with egg on their faces. 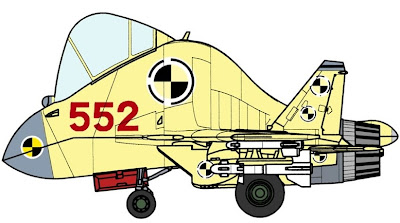 “Apparently, you can do anything when you're the cock of the walk. Ruffle some feathers when you crow about your Grade-A construction!”

Well, yes. However, stolen design or not, this Shenyang J-15 doesn’t get around the fact that Egg Planes are as delightful as ever, and if you’re even vaguely interested in the aerotoon genre, then this Chinese bird has to be on the must-build list. And it's easy enough, with just 36 parts to assemble.

And if you don’t know what an Egg Plane is, they are not ‘true scale’, instead being described by Hasegawa as, ‘Grade-A Jumbo Scale.’ They feature a roughly egg-shaped, distorted interpretation of a real world aircraft, and have a fairly low component-count, being aimed towards fun and collectability, rather than out-and-out scale perfection. 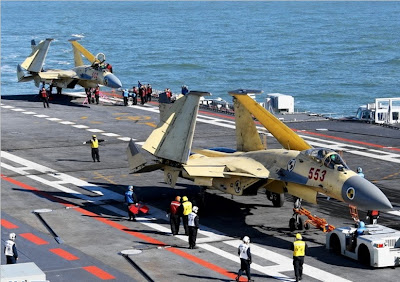 The real-life Shenyang J-15 Flying Shark (above) is a so-called 4.5 generation fighter, claimed to be more advanced than a 4G Eurofighter Typhoon, though less than the upcoming 5G Lockheed Martin F-35. The Chinese based the J-15 on the Russian Sukhoi Su-33, though the Russians doubt that the locally produced radars and weapon systems give it anything like a comparable performance, and look on the claimed figures with some doubt.