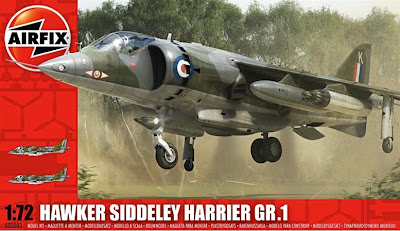 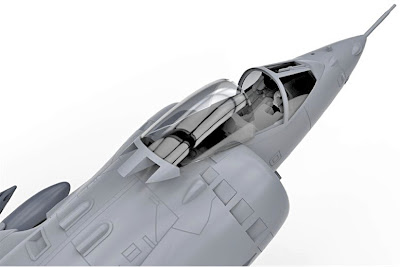 The Harrier is a small aircraft, so the kit is not a shelf-filler by any means, with a wingspan of just 107mm (4.2in) and length of 148mm (5.8in). Even so, there are plenty of parts in the box, with 89 neatly-moulded components to be assembled.

Airfix has included a choice of markings for the aircraft - No1 (F) Squadron, RAF, operational at RAF Wittering, UK, in September 1970, and No20 (R) Squadron, RAF, as flown from Wildenrath, West Germany, in June the following year.

Kit components are well finished, with the cockpit transparency looking particularly clear. Even at this scale, it would be nice to see more internal detail, perhaps accessed via removable panels, but let’s not quibble - as it stands, the Airfix Harrier GR1 will make up into a convincing little model. 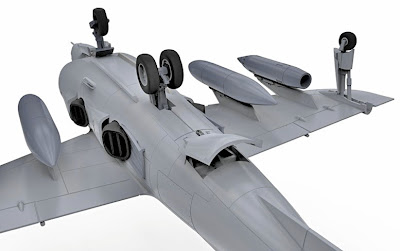 There are plenty of options for display, perhaps the most interesting being to create a camouflaged dispersal, as used in war game practise in Cold War days. Airfix makes plenty of 1:72 scale personnel, so it would be relatively easy to produce a good-looking - and busy - diorama on this theme. 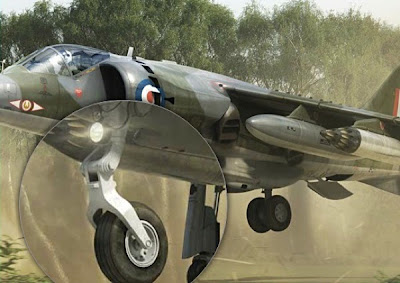 About the Harrier GR1
Developed in the 1960s as the world's first truly successful V/STOL combat aircraft, the British Hawker-Siddeley Harrier was a winner, even in its earliest operational version, the GR1 featured in this kit. The Harrier matured into a highly effective CAS (close air support), recon, and ground attack machine that saw service in West Germany, Norway, and was deployed to Belize for a time, when neighbouring Guatamala was making territorial claims. 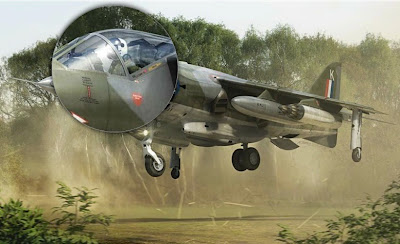 Other Harrier options including kits from Hasegawa, Italeri, Revell, and Tamiya here.