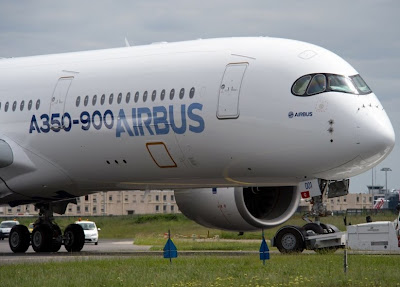 The new Airbus A350-900 made its maiden flight just two months ago, but already Revell is preparing a kit of the latest jetliner from Europe’s premier aircraft manufacturer. 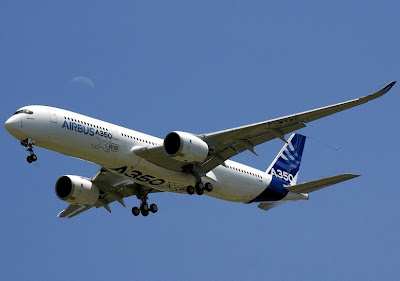 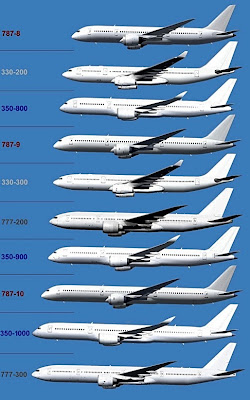 About the real thing
The Airbus A350 is a new-design Airbus wide-body aircraft, designed to carry up to 314 passengers  on routes of up to 15000km (9315ml). Wide use of composite materials in the structure mean a big weight reduction over traditional aluminium construction, and this, combined with state of the art Rolls-Royce Trent engines should give a claimed operating cost of some 10 percent less than the competing Boeing 787. 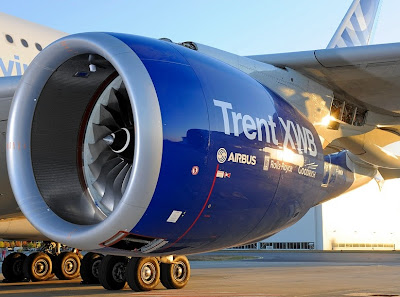 Mind you, that’s manufacturer’s hyperbole - we’ll only find out the nitty-gritty truth on economic performance when the A350 enters service, and that won’t be until late 2014. Meantime, components such as this nose section come together at the Airbus final assembly plant near Toulouse, France. 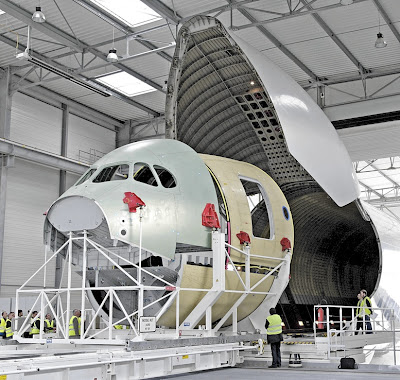 The corporate video (below) is a fascinating one that gives just a hint of the extraordinary complexity that goes into making a modern jetliner. Note to mobile phone and tablet users - the software we use is a bit iffy where video is concerned. So if all you get is a blank where the vid is supposed to be, apologies from SMN, but you'll be able to view it on a desktop or laptop.

Like the Boeing 787, the A350-900 is a good-looking machine, and we can’t wait for the Revell miniature to arrive, just in time to make an extra item in a plane-buff’s Christmas stocking.