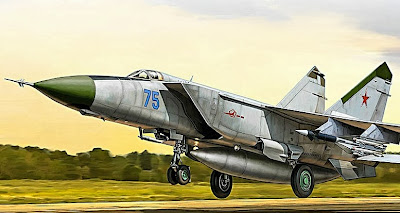 A 1:48 scale kit from Kitty Hawk Models that captures the lines of the famed MiG-25 Foxbat very well indeed.

This high-speed machine from Russian designers Mikoyan and Gurevich  - NATO codename Foxbat - really raised eyebrows in the West when it first went into service in 1970. 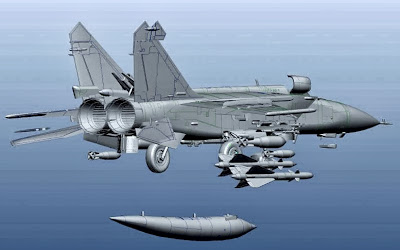 For pure speed, the MiG-25 was a winner. The prototype flew in 1964, demonstrating a top speed of more than Mach 2.8, while being equipped with a powerful radar system and a quartet of air-to-air missiles. Actually, the mighty MiG could go even faster than this, being tested at more than Mach 3, but as the engines risked burnout at this speed, in-service performance was somewhat slower. 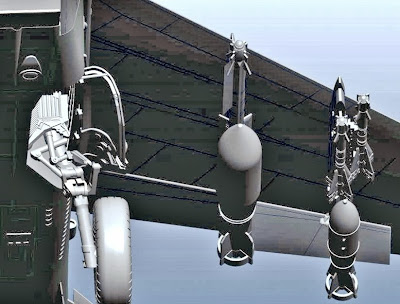 The pictures reveal how much work the engineers at Kitty Hawk Models have put into the 1:48 scale kit, with the brass parts being particularly noteworthy. Overall, the detail is handled well, though the model will repay careful spray work, so as not to fill the many countersunk rivets and panel lines. The trick is to waft several ultra-light coats of paint, rather than risk a heavier swamping blast, which will risk ruining all of Kitty Hawk's hard work. 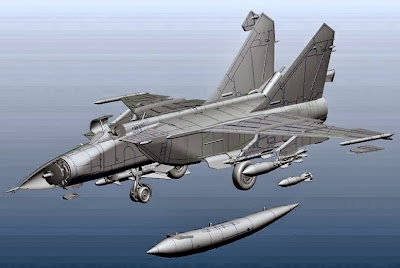 The nose radar is carefully modelled, and allows you to choose whether to show it off or cover it with the long radome. 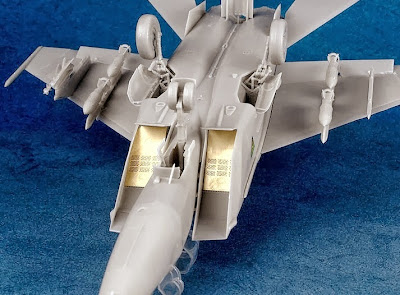 Parts are supplied for the single-seat or somewhat ungainly two-seater. Whichever you choose (we'd buy two kits and do both) Kitty Hawk have supplied the necessary components. The canopies open sideways, which is correct, and a full set of underwing stores can be carried. 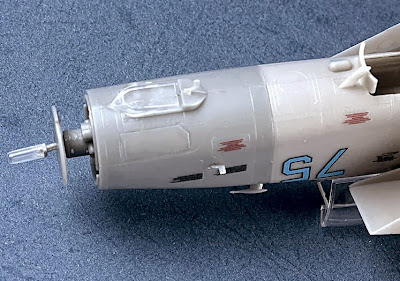 MiGs of this era were built for rough-field performance, operating in conditions ranging from the frozen wastes of Siberian winters to the heat and dust of bases around the Black Sea. With those extremes in mind, the landing gear was typically rugged, with twin nose-wheels and hefty main gear. 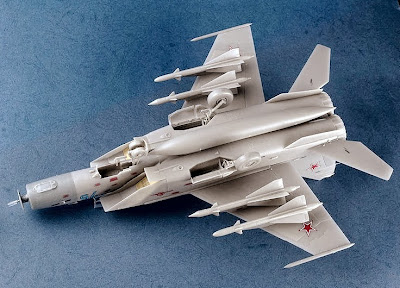 As you can see from pictures of the real thing (two shown at bottom), there is a much scope for weathering the MiG-25 with plenty of dirt and grunge. Like many Russian aircraft then and now, rough-field service adds an element of work and wear that's rarely encountered by Western types - or maybe we just clean our combat machines more! 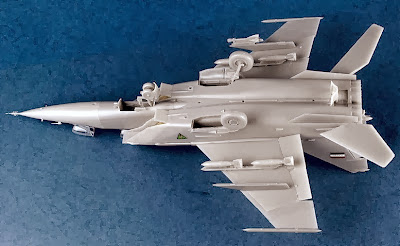 So, all in all, an attractive and biggish kit that measures some 210mm (16.2in) long when assembled. Carefully paint the cockpit and wheel well details, add some service grime, and you'll have a weather-beaten Foxbat model that will look terrific on the display shelf. 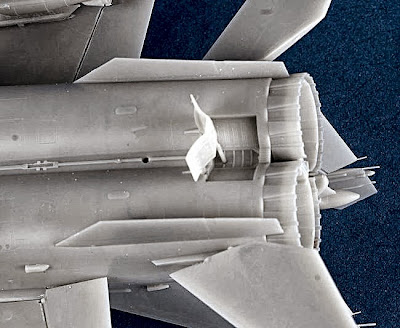 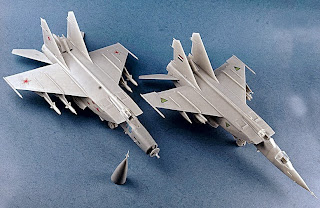 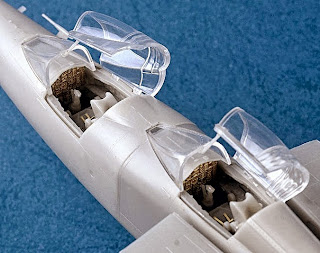 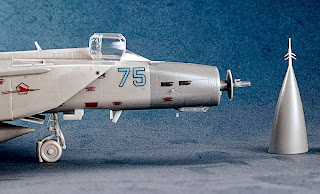 The MiG-25 radar used vacuum tubes, though that's not so primitive as it sounds, as the technology was more radiation-proof than transistors of the time, a big plus for the atomic-age Cold War era. 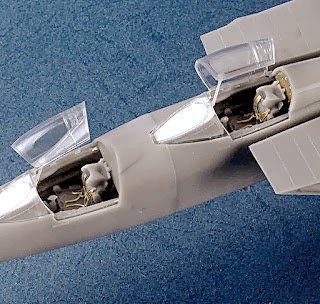 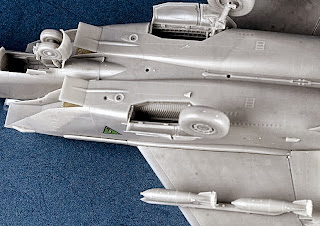 Gorgeous detailing in the wheel wells, and on the doors too. Ordnance looks convincing, too. 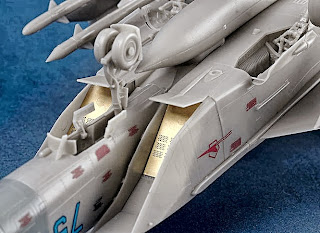 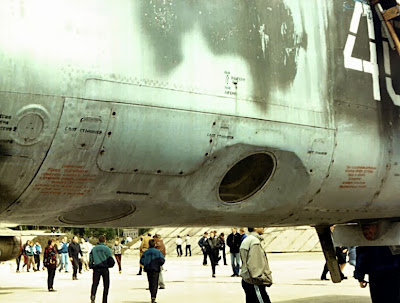 Camera ports and plenty of weathering apparent in this closeup pic (above) while low altitude shot (below) shows the somewhat ungainly lines of the two-seater. 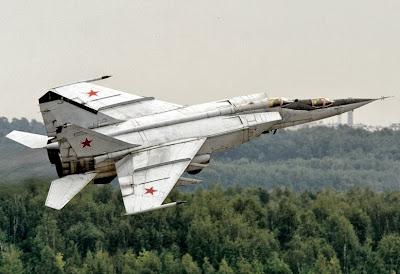