The USS New York, Amphibious Transport Dock LPD-2, is a brand-new 1:350 scale kit from Revell Germany. The ship was named after the city that bore the brunt of the attacks of September 11, 2001.


Mat Irvine reports: The kit box is packed with parts, mostly styrene, though there are a number in brass photo-etch, a common practice these days for many kits, especially ships, where metal can reproduce tiny details far better than plastic. 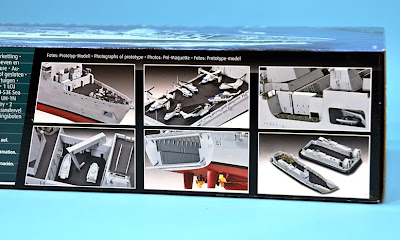 Most of the styrene parts are moulded in light grey, building up into a three-deck ship that uses a lot of stealth technology in its design. 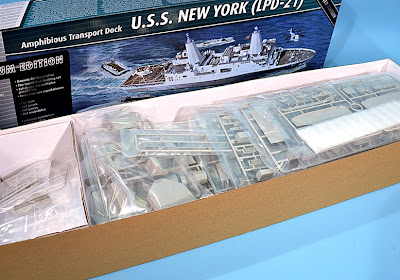 The on-board aircraft and helicopters are moulded in clear styrene. This allows the windows to remain clear, while other colours are painted around them. 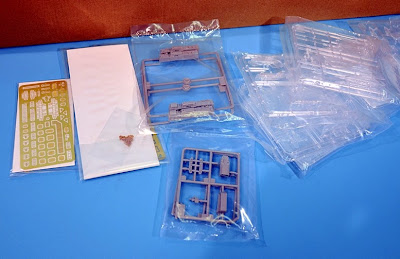 And you get a lot of airborne craft. In all, there are five vertical-takeoff types included, and the distinction has to be made as, although four are rotary-wing helicopters - CH-53E Sea Stallion, CH-46 Sea Knight, AH-1W Cobra and UN-1N Twin Huey - the fifth type is a VTOL fixed-wing aircraft, the MV-22 Osprey. 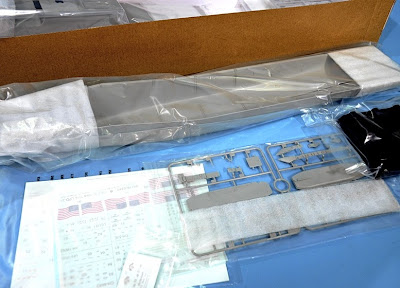 The instruction sheet, runs to 125 steps over 24 pages. There is a full-colour paint chart showing the ship itself on one side, plus equipment on the other. Two large full-colour decal sheets supply the ship and helicopter markings, and also the line markings for the rear landing deck. 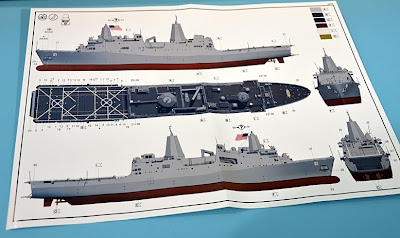 The hull is a one-piece moulding, meaning that (in theory) it could be made to float, as long as the holes for the drives to the propeller screws are sealed. There is even a length of metal chain, supplied to hold the anchor. 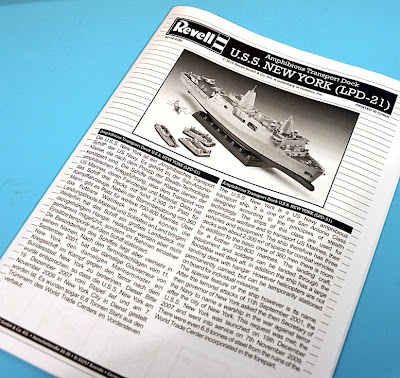 However, a floating USS New York is not Revell’s real intention, as there is a supplied stand, moulded in black. The various aircraft can sit on the rear deck, but waterborne craft are left somewhat loose, but of course are ideal if you go for a water diorama.

The real thing
The three decks of USS New York give 2300 square metres of space. There are 360 in the ship’s crew, while the combat complement can include up to 800 Marines. Landing craft berth in the rear - floodable - dock, and although there is the large landing deck, helicopters are not permanently onboard, but are assigned to each individual mission. 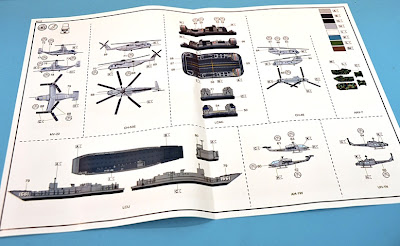 The ship was named after a request from the Mayor of New York to the then Secretary of the Navy, at the time of the 9/11 attack. This was agreed, the ship being launched on December 19, 2007, going into service in December 2009.

Most significantly, the USS New York incorporates some 6.8 tonnes of steel, salvaged from the wrecked Twin Towers.