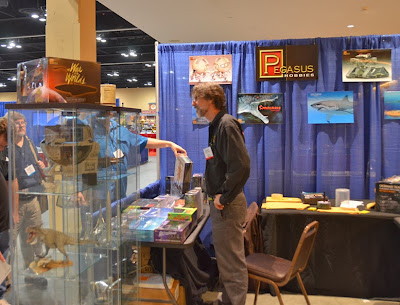 Pegasus Hobbies is the brainchild of Larry Thompson (on stand, above) starting some years ago with accessories produced for model car builders. Today, Pegasus is far better known for its kits covering the wide topic of science-fiction.


One of the latest from Pegasus is artist and designer Greg deSantis' take on that perennial favourite, the Nautilus submarine, and I am talking here of the original Jules Verne version, not the later nuclear boat, as used by the US Navy. 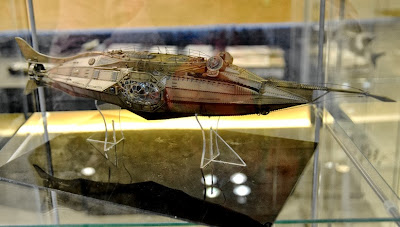 On the stand (above) was this assembled example of the Pegasus Jules Verne Nautilus. There's an interesting YouTube video on the kit too (below). 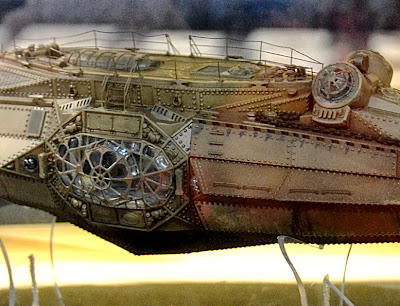 Of all the design variations on this famous fictional sub, the best known has to be the Disney version, but this one - although reminiscent of the movie - is actually very different, with definite touches of steampunk in its appearance. It’s a multi-material kit, with parts in injection plastic, resin and photo-tech - and yes, the squid is included! 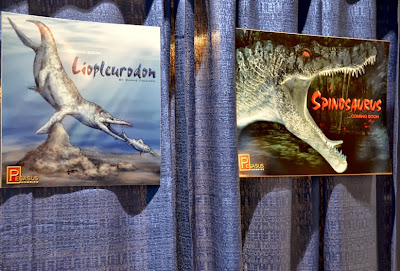 Pegasus has more kits to come on a watery theme. First, a prehistoric aquatic reptile (above) the Liopleurodon, from the plesiosaur family. It will be joined by the Spinosaurus, reckoned to be the largest of all carnivorous dinosaurs - even bigger than Tyrannosaurus Rex - and apparently a creature that would have been equally at home in the water or on land. 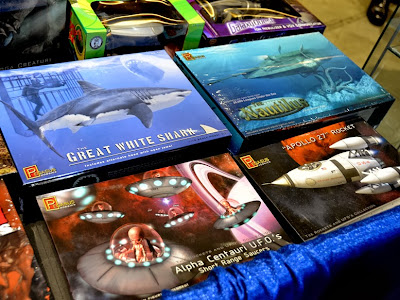 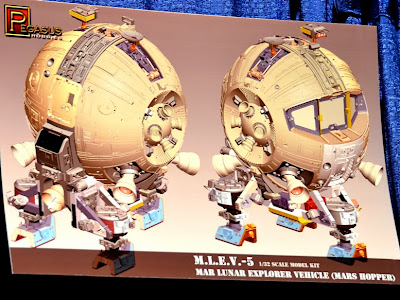 For builders of futuristic craft comes the 1:32 scale Pegasus MLEV-5 (Mar (sic) Lunar Exploration Vehicle) or Mars Hopper (above). Also coming up will be kits, both likely in two scales, of Luna, the rocket star of the movie ‘Destination Moon’, and the Cosmostrator, from the lesser-known 1050s movie, ‘First Spaceship on Venus’, this latter dating from 1959 from an East German-Polish collaboration called ‘Der Schweigende’ (The Silent Star). 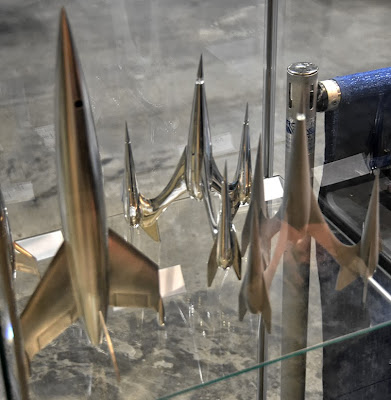 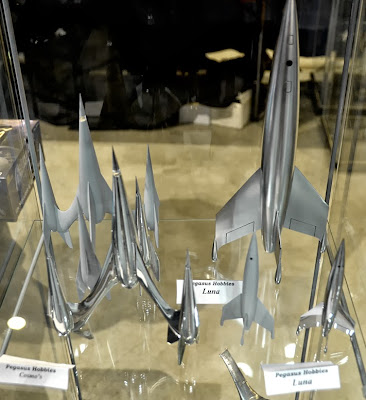 The 1:32 scale Pegasus Aerial HK Machine (below) comes from the movie ‘T2: Judgement Day’. The Hunter-Killer has been made before in limited production materials, such as vinyl, but this is the first in injection plastic to a popular established scale. 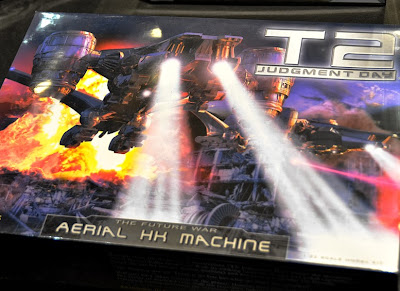 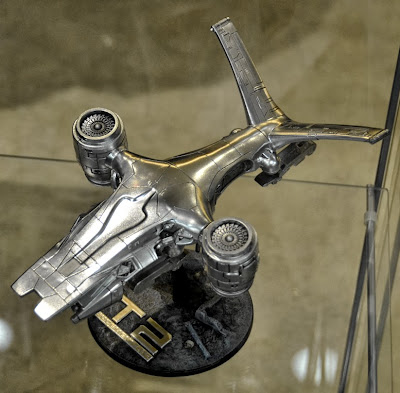 Finally, and probably the most intriguing new Pegasus item, is a model that delves into the strange world of what-if World War II Luftwaffe 1946 designs, in this case, the Pegasus version of the Haunebu II flying saucer. 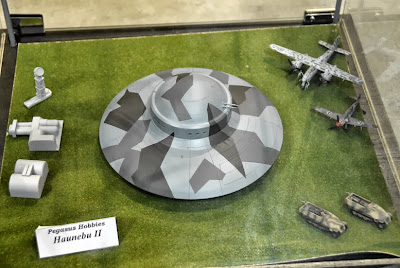 It’s said that the Nazis were experimenting with such a device, though nothing has ever been proven. But that hasn’t stopped the imagination of enthusiasts for the concept, even if actual German flying saucers probably came nearest to reality with the circular-wing Sack SA-6 experimental fighter, an aircraft that got no further off the ground than a brief hop.

There have been resin kits of the Haunebu II, but this will be the first time it has been made as an injection plastic kit. The kit will will be to 1:350 scale, matching the existing Pegasus kit of the space ark from ‘When Worlds Collide’.

Note in the picture (above) the same-scale aircraft and half-tracks, giving an idea of the Haunebu II's large dimensions. In case you are wondering what the only ‘real’ German World War II flying saucer looked like, here is the Special Hobby 1:72 scale kit (below) of the Sack AS-6. 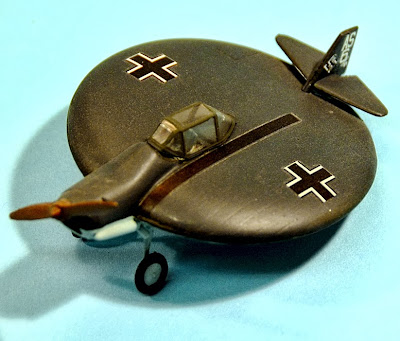 All in all, I reckon these kits form an intriguing catalogue of new things to come from Pegasus Hobbies. 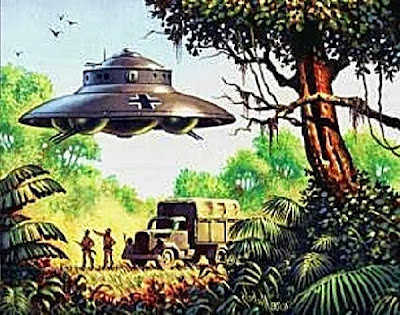 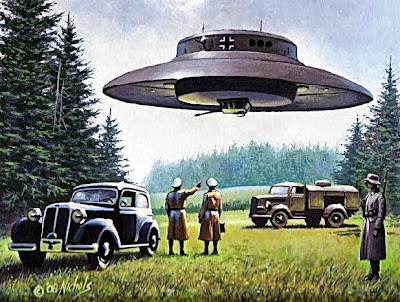 The idea of German World War II secret projects is hardly new. I spotted this example (below) looking suspiciously like the Lindberg Flying Saucer kit, at the UFO Museum, in Roswell, New Mexico. Where else?! 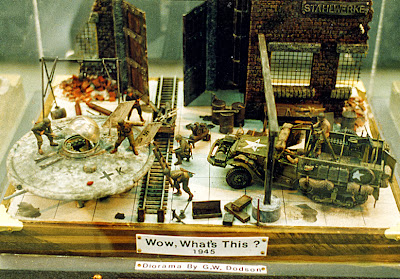 Founder and CEO of Pegasus Hobbies, Larry Thompson (below) on the stand at the iHobby Expo 2013. 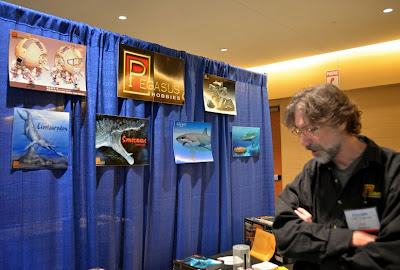 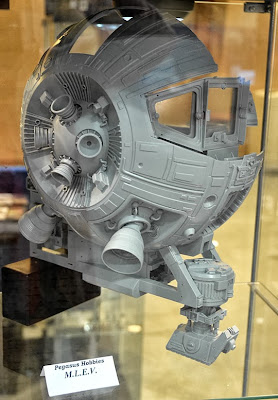 The 1:32 scale MLEV, shown uncompleted and unpainted (above), plus an image from the Pegasus website (below). 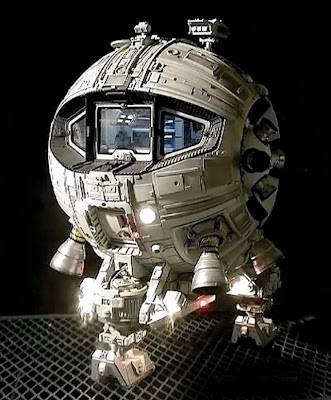