COMET MINIATURES: THE END OF AN ERA, BUT THE DAWN OF A NEW AGE 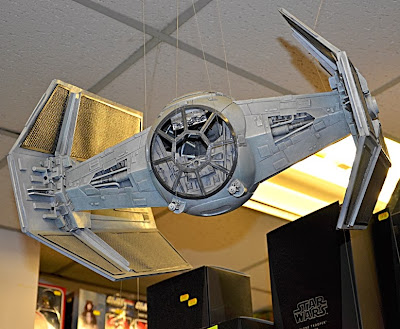 Mat Irvine reports: After 30 years of being a major model store in South London, Comet Miniatures closed its doors for the final time last week.

Comet was the early-1980s creation of Tony James, one of the most colourful modelling names in the UK. As well as being a model store, Comet Miniatures also earned a name for multi-material kits in vac-form, white-metal and photo-etch and, later, injection-moulds. The Disney Nautilus submarine, Doctor Who Daleks, and the Blake’s 7 Liberator are just three science-fiction subjects that have featured in the Comet Miniatures catalogue. 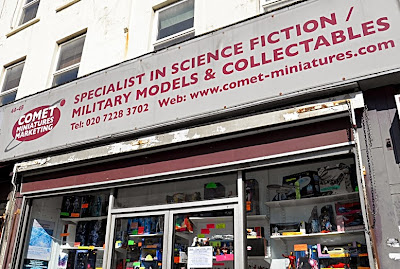 So what caused the shutdown? It was a combination of various things, including competition from the Internet and building redevelopment work nearby. But it’s not all gloom, as Tony James is moving into the future under the Timeless Hobbies name. It will be primarily an Internet mail-order outfit, but Tony will also be trading at UK model shows.

The Comet Miniatures website continues for the time being, with Timeless Hobbies now under construction. 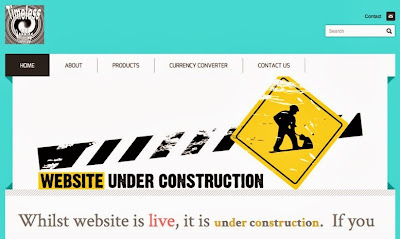 The story of Comet Miniatures goes back to the early 1980s, in a basement where Tony built up a stock of second-hand models, imported new kits - especially from Japan - and developed his own brand of multi-material kits.

A big change came in 1991 when Tony acquired a shop round the corner in nearby Lavender Hill. Eventually two more shops were acquired, the one next door becoming a wholesale store for other dealers. The shop next to that became a second-hand centre (below). 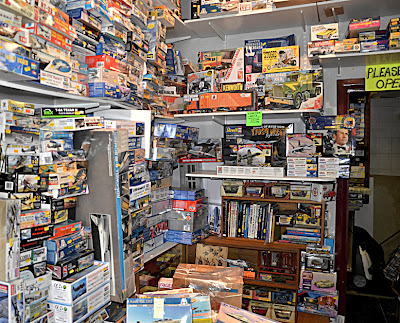 The 1991 opening (below) was attended by a lot of people, including Tony James (left) special guest Gerry Anderson of Thunderbirds fame (centre right) and this author (right). 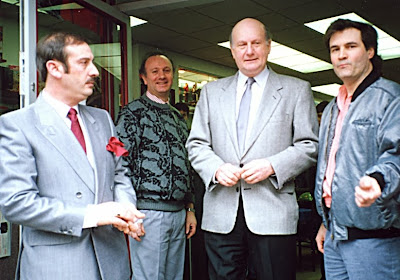 Plenty of other special visitors have dropped by over the years, including (below) Doctor Who’s K-9 robot dog, shown here with Tony James. 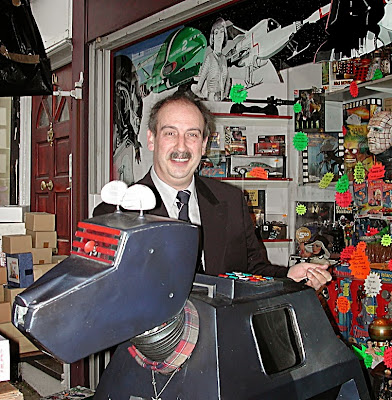 Visitors who went to Comet Miniatures weren’t disappointed with the immense range of goods for sale, if, that is, they could squeeze along aisles that were packed so tight, they were sometime difficult to negotiate! Occasionally, when the weather behaved itself, all this spilled out onto the pavement outside, which was fortunately wide enough to take the tables set up to clear older stock. 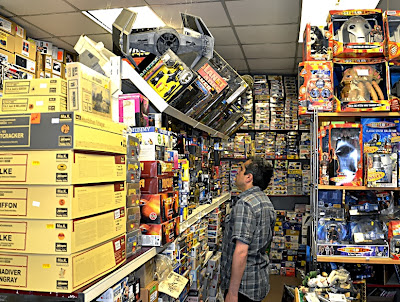 Will the Comet Miniatures name continue in some form? We don’t know at the moment, though there have been name changes before - Tony started out as Tee-Jay Models, and produced his very first kits, aircraft diorama vac-forms, under that name. He then changed to Comet Miniatures, both for the business and for subsequent kits.

Where does the name Comet Miniatures come from? The ‘Comet’ part originated with the aviation links where Tony once lived, next to the Royal Air Force Museum, in NW London. Tony actually planned to call his new company ‘Comet Models’ but I pointed out that there had been a Comet Models in the US, so why not use ‘Miniatures’ instead? He liked the idea, so it stuck. 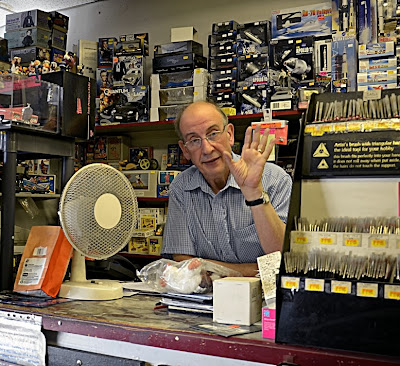 And so Tony (above) says, “And it’s goodbye from me…” But not permanently, as you can see him at Scale ModelWorld at the Telford International Conference Centre over the weekend of November 9-10. You will find a lot of Comet Miniatures stock, so if you want to make Tony an offer he can’t refuse, bring cash as he may not be taking credit cards at this show.

Tony will appear again at HaMeX 5 on December 9, 2013. This show is run by Paul Fitzmaurice and myself in Hanslope, UK, so do come along and enjoy the day.

Whether the Comet Miniatures name continues in some form or not, it will always be remembered as one of the best-known names in the field of science-fiction and fantasy modelling.

So, it’s the end of an era, but also a new beginning…