HEAVY-METAL BIKERS: THIS 1:6 SCALE MOTO GUZZI 850V CALIFORNIA IS FOR YOU 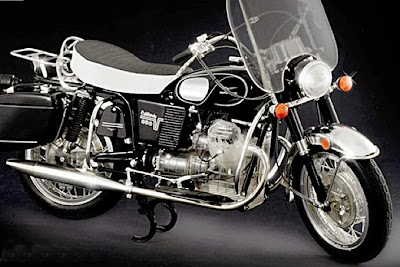 Italeri has just released a motorbike kit that will have working-part fans drooling to get their hands inside the box.

The video shows that this unusual kit is one that presents the maximum number of working parts, revealing functional and visible movements of the classic Italian Moto Guzzi 850V, from sliding front forks to moving clutch lever. 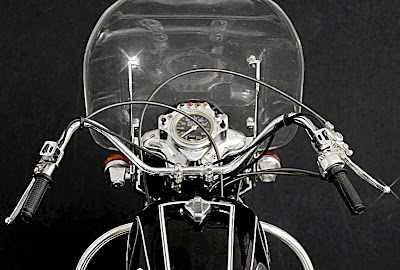 Italeri has provided more than 770 highly-detailed components in this kit, to be assembled with a mixture of glue and screws, all parts contained in a luxury box, divided into compartments with special trays for the accessories. 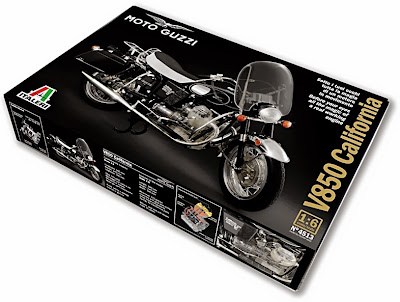 Somewhat oddly, Italeri has chosen to add the warning ‘Electric motor not included in this kit’ on the box top. Perhaps that’s in case anyone confuses ‘working parts’ with ‘rolling motorcycle.’

The V-twin engine Moto Guzzi 850V California has been used by police forces worldwide, including Italian Eurocops, and the US Los Angeles Police Department. The design is not a new one however: it dates back more than 40 years.

Built from the box, the model measures 380mm (14.97in) long, and has already won acclaim from bike modelling fans, with comments that include: ‘Wonderful,’ ‘…fantastic kit,’ ‘…awesome.’

Summation: Unusual kit with plenty of working parts to add interest. Strictly speaking, we're big Kawasaki fans here at SMN Towers, but the Guzzi is such a great-looking beast that we must have one of these kits just as soon as possible, despite the wallet-busting price of around the 300 Euro mark.

The Moto Guzzi is trickling into retail outlets now.