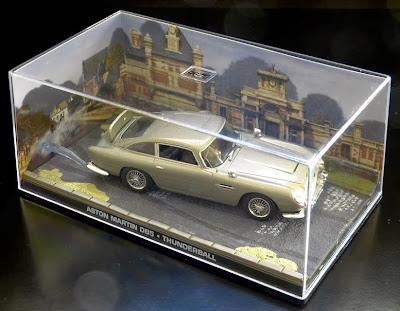 The partwork publishers are hard at it with model products these days, and we’ll doubtless be seeing a bunch of new items launched after Christmas. Meantime, here are a pair of ready-built models to inspect, coming piggy-backed with collectible magazine-style publications.

One of the biggest partwork publishers is Eaglemoss, and here are two of the company’s current offerings, though they are not necessarily available in all markets. You’ll have to visit the website to check on current availability. 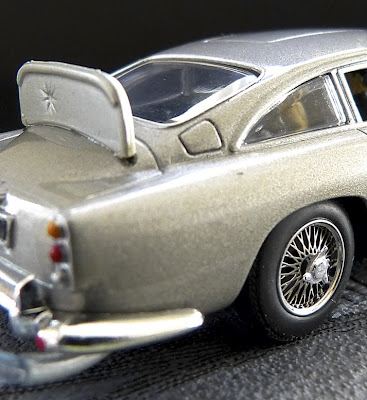 First off, a decent 1:43 scale James Bond Aston Martin DB5, contained in its own transparent plastic box with mini-diorama display. The car featured in the early Bond movie, ‘Thunderball’ of 1965, the fourth in the still-running series. 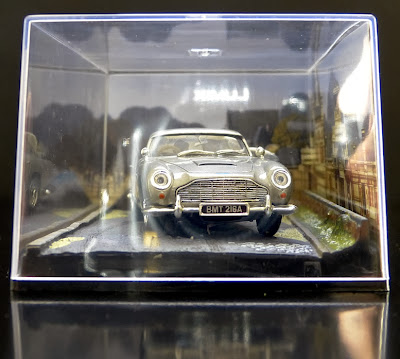 The car itself has been moulded well, in particular the overall lines have been captured accurately, with enough detail to make you think the creative team cared about their job. The vertical protective screen behind the rear window has a small ‘star’ showing where a bullet has ricocheted off, and the shut lines are not too heavy-handed either. The spoked wheels look good, as do the headlights, wipers, and other details. 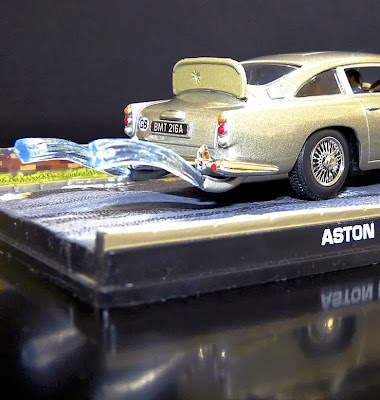 Sad to report, the oil-spraying rear exhausts are not quite as well executed, the twin oil sprays being moulded in see-through blue plastic, which is worthy but unconvincing. Worse still, both items fell off our test item. Still, that’s what superglue is for, so attach them properly and you’ll be over that little problem. Overall, a solid 8/10 (not counting the oil sprays) and well worth having if you are a Bond fan. 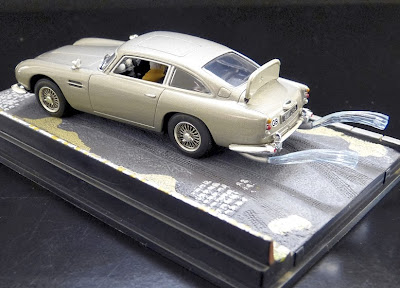 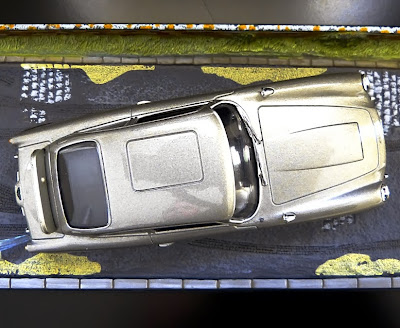 The Akagi (Red Castle) aircraft-carrier is one item in a Japan-only warships partwork, a series that will hopefully be made available to the rest of us as well. The Akagi was commissioned into the Japanese Navy in 1927, and continued as a premier carrier until sunk in World War II, at the 1942 Battle of Midway. 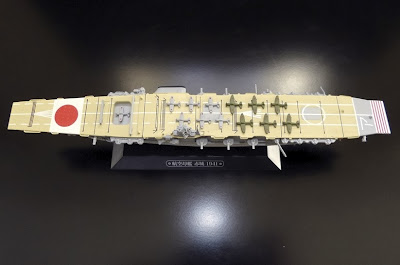 The Akagi model is to 1:1200 scale and is a very neatly produced piece of scale engineering, coming complete with appropriate deck markings and a dozen aircraft lined up for takeoff, plus another one rising up on the lift. It’s hard to find fault with this 217mm (8.6in) long model, especially as it comes complete with a neat display plinth. 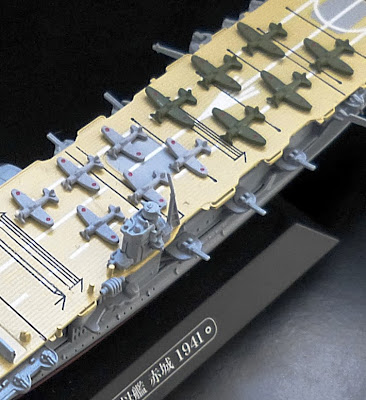 Some of the details are perhaps not as fine as they would be with a dedicated injection-mould kit, but as non-ship experts, we think the Eaglemoss Akagi rates a convincing 8/10, especially as all those aircraft have individual markings already applied. 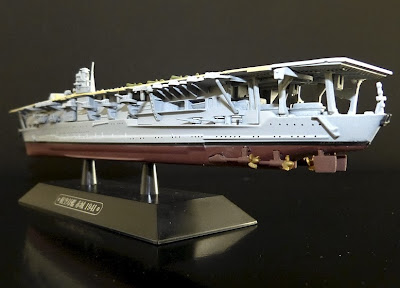 Visit the Japanese Gunkan Collection for details of the Akagi and other ships. 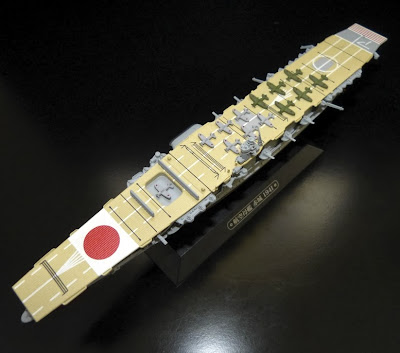