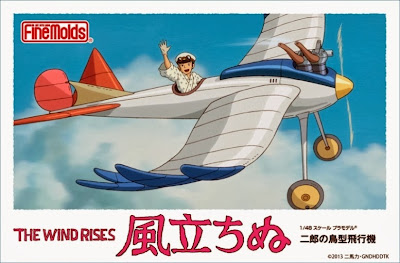 ‘The Wind Rises’ (Taze Tachinu) is a hugely successful 2013 Japanese animated movie, the fictionalised story of Jiro Horikoshi, designer of the Mitsubishi A5M, and its famed successor, the A6M Zero. And this 1:48 scale Jiro ‘Bird-Type’ aircraft features in the movie.


Fine Molds have made a delightful little kit, the wingtips having a characteristic feathered design. When assembled, the Jiro has a wingspan of 190mm (7.5in) and length of 110mm (4.3in). It’s an easy enough build, with just 33 components, plus decals. 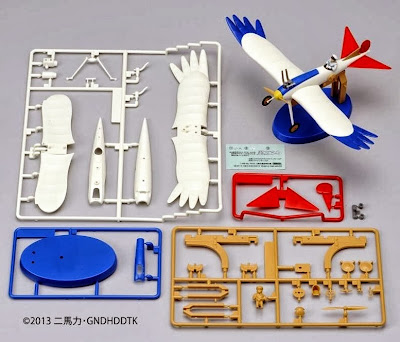 The parts are precoloured which makes things easy, though you’ll have use your brushes to paint the blue wingtips, and also the anime-style pilot figure. 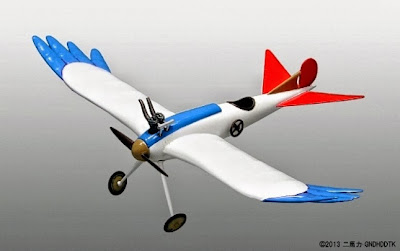 One nice point - which we’d like to see elsewhere as more of a standard feature - is that the wing is moulded in just two pieces, top and bottom, meaning that there’s no chance to get the dihedral angle wrong. 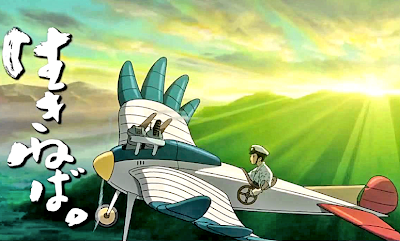 Regular readers will know that the SMN Crew are sci-fi and steampunk fans, and this little aircraft seems made for the genre. All you need is to finish the Jiro in a suitably brass-and-copper colour scheme, detail in some rivets, and you’re on the way to making a neat little neo-Victorian fantasy machine. 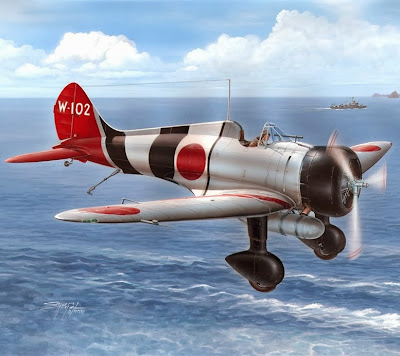 The A5M was the direct predecessor of the Zero, though it had a fixed undercarriage. Operational A5Ms used wheel spats, most training units left them off. Pic courtesy El Gran Capitan.