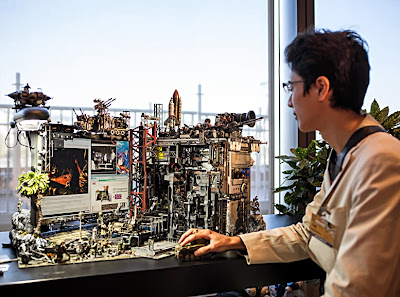 Designer Hiroto Ikeuchi has produced something far out with this extraordinary conversion of a computer into a fantastic miniature world, mixing plastic kits with high-tech computer geekery.


Hiroto Ikeuchi’s year-long kit conversion led to something that’s more of an incredibly detailed diorama than any kind of computer we’ve seen. Certainly ergonomics and ease of use took a back seat to an amazing eye for detail. In Ikeuchi’s words about the variety of kits available in Japan today, “It is possible to make anything.” And that’s certainly true for this mini-extravaganza, which he calls his “secret base,” every surface packed with stuff to drool over - Tamiya tank, digital camera, combat soldiers - they’re all there if you look hard enough. 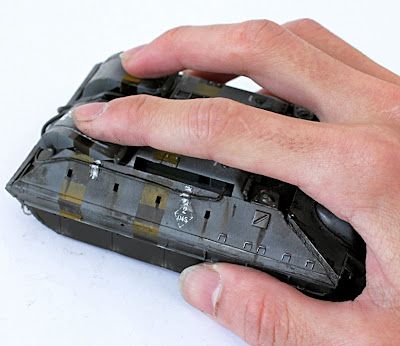 Ikeuchi didn’t stop at the actual computer either, for he’s also had a go at various peripherals, including a USB flash drive disguised as an artillery piece, and a mouse two-timing as a battle tank. The overall theme is defence, in which plastic combat miniatures do guard duty, protecting valuable data aboard the central computer. 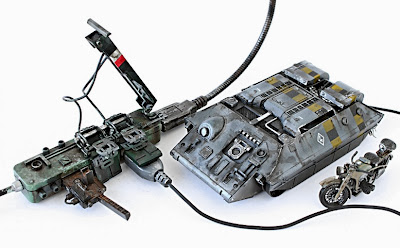 Ikeuchu’s computer diorama has hit the headlines, and has been on tour, recently displayed at the Ars Electronica Center in Austria. But it doesn’t sound like Ikeuchi’s done with it yet. “The most important thing,” he says, is to think of the diorama as a “living thing,” meaning that it can be changed or added to in times to come. 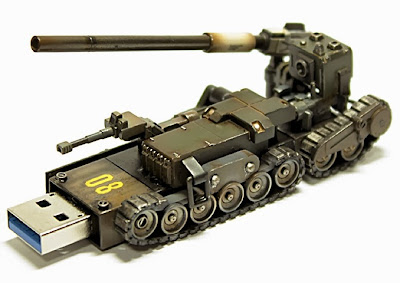 You can see him at the Austrian exhibition here.

Thanks to Wired for the heads-up. 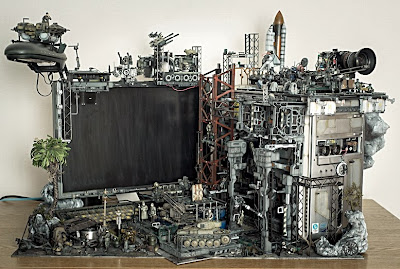 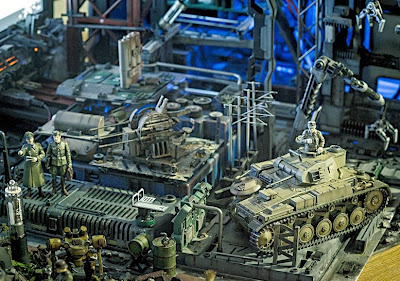 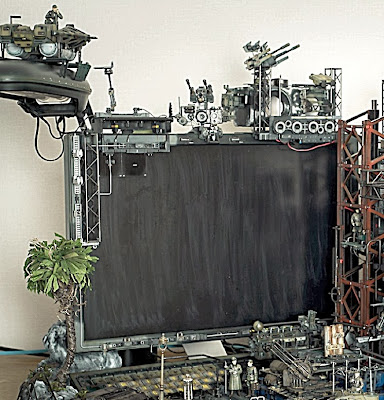