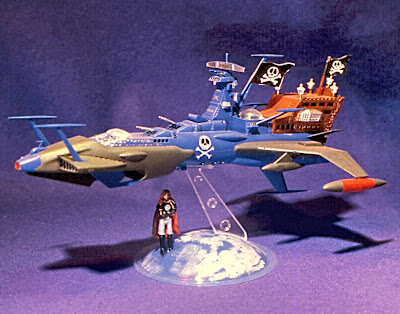 Hasegawa’s Captain Harlock 'Arcadia' kit is not the first model of this futuristic warcraft by any means. There have been at least three kit versions, maybe four, plus at least one resin and one paper kit of this vessel.


Mat Irvine reports: The first Arcadia (I think!) was the Takara version (above) dating from the 1970s, complete with globe base and Captain Harlock figure. Note the box (below) which actually spells the name 'Alcadia'. Recently, Bandai also did the same version as Hasegawa, with the skull and crossbones mounted on the prow, which the Takara kit does not include. 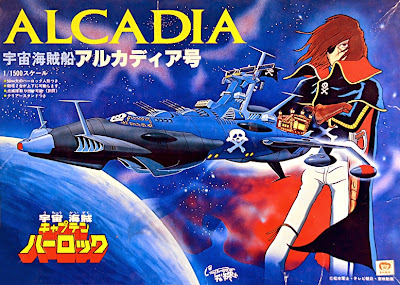 Note the ship's anchor and chain on this Aoshima version (below) with a base that just might be a chunk of asteroid, moon, or other space debris. 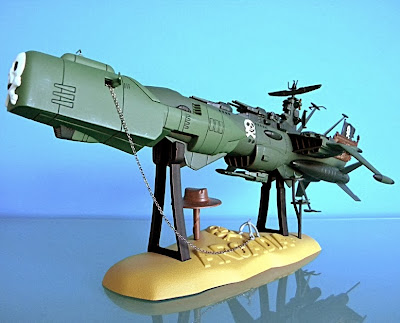 The Hasegawa kit ‘may’ be a reissue of the Bandai, though from what I can tell, the stand is different. Perhaps Hasegawa could have retooled this item for the release.

Most interesting though is that Hasegawa is a relatively late entry in the SF ('sci-fi' if you must...) model field. The only other Japanese company that also lacks this category is Tamiya. I suppose Tamiya and Hasegawa have thought of themselves as being more for the 'serious’ modeller. 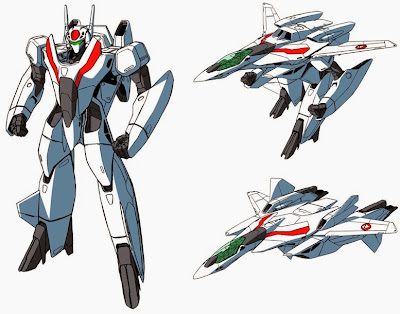 Perhaps also, Hasegawa doesn’t really warrant the, "...model company responsible for this and plenty of other sci-fi kits..." tag. Even including the SF-3D/Maschinen Krieger (Ma.K) range, Hasegawa probably has less than 20 kits that fall under the SF banner, a total that when compared with, say, Bandai, pales into insignificance. 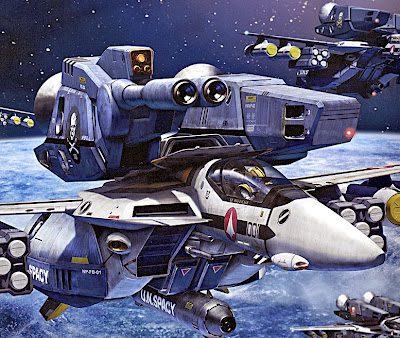 I gave up counting Bandai science-fiction kits when its Macross range (above, below) passed the 200 mark, and was still climbing fast… and that was just Macross! 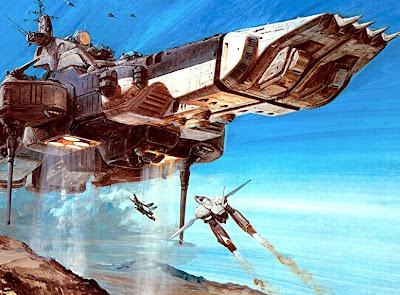 But back to Hasegawa’s Arcadia, being a high-quality manufacturer, what Hasegawa has done in science-fiction, it has done well, and I’m inclined to get this new kit, if only to see how it compares with the older one!

Mind you, I also have the Hasegawa 1:72 scale ‘Last Exile’ VanShip, and I still haven't built that yet... 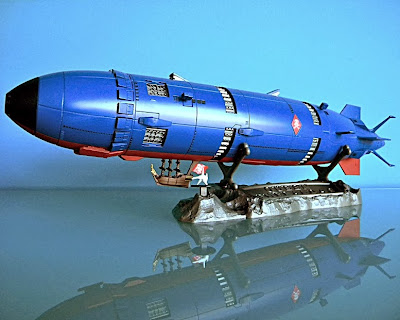 Another Aoshima kit from Captain Harlock, this one featuring the Queen Emeraldas, with mini-galleon attached to the ventral load bay doors.