FRENCHMAN AT IPMS MODELWORLD 2013: TAKES PIX OF THE EXCELLENT MODELS ON SHOW 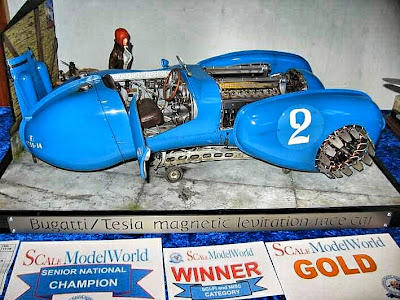 French model fan JC Carbonel was hard at work during his visit to the IPMS ModelWorld 2013 recently. His pictures show a kaleidoscopic range of model choices, and highlight the hugely high level of craft skills on display.


The overall show winner was of course captured by JC’s camera. The Gold Winner shows a spectacular display of creativity and steampunkery, in the form of the sci-fi vehicle shown here at the top, a Bugatti Tesla magnetic levitation race car. Away from the fictional aspect, detail work is mesmerisingly rich - just look at the intricate engine, and the fan-like Tesla blades sprouting from the wheel arch. 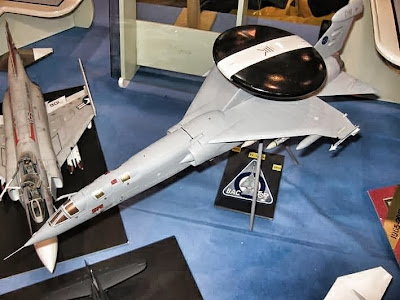 JC’s other images include this ‘what-if’ piece of aviation heritage, in the form of a British TSR-2 deep-strike bomber, toting an airborne radar atop the fuselage. Again, full marks for creativity, though we’d suggest that the TSR’s speed would have made the addition of such a dish rather unlikely. Fun though! 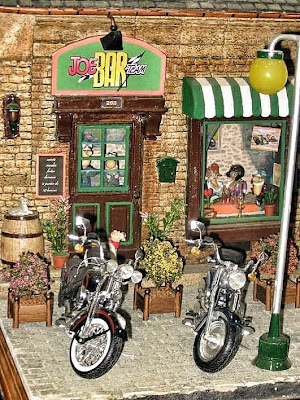 The biker cafe is just the sort of place us two-wheel folk like to end up after a Sunday morning’s fun run in the sun. In our case, our bacon sarnie haven is at an airport cafe near Cheltenham, but this one would make a fine alternative.

For interior detail fans, the upcoming 1:32 scale Horten Ho229 looks like it will be a must-have from Zoukei-mura. Looks gorgeous and we'll be in the queue when it arrives. More to come when we have distribution dates. 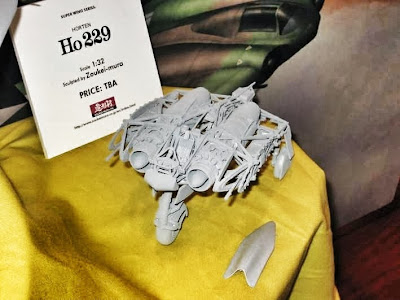 Merci beaucoup to JC Carbonel for the pix, and there many more for you to enjoy at his fascinating site Modelstories.