The Revell 1:144 scale kit is a neat one, with both the four-jet WhiteKnightTwo carrier craft and the rocket-powered SpaceShipTwo included in the box. You can hang SS2 from under the WK2’s wing, or display them separately - the choice is yours. 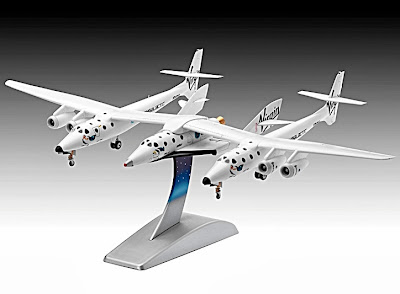 The kit is a brand-new tooling, and, according to Revell, has these features:

We’ll reserve opinion on accuracy and build quality until we get a chance to assemble the kit, but from the Revell pictures here, it looks up to the usual levels expected in this admittedly small scale. The WhiteKnightTwo carrier plane is a big aircraft, but at 1:144 scale it will still sit comfortably on an A4 sheet of paper. 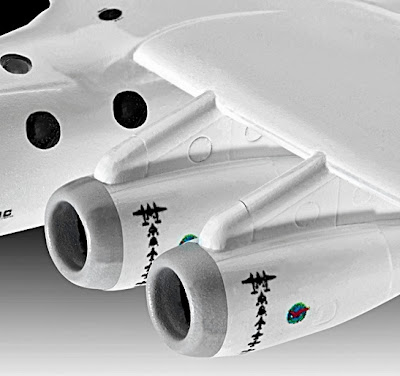 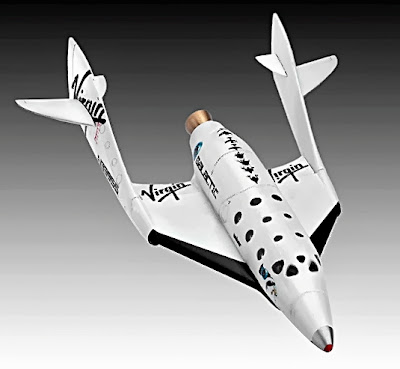 The swept-wing SpaceShipTwo has been created specifically to open the experience of space flight to private individuals in a safe and enjoyable environment. It has a large cabin, and the big windows should allow the six passengers to see incredible views of planet Earth, while floating for a few minutes in a microgravity ‘zero-gee’ environment.

The WhiteKnightTwo air launch platform is the world's largest all composite, twin-fuselage carrier plane that releases SS2 for its rocket-powered, Mach 3.5 climb to the edge of space. 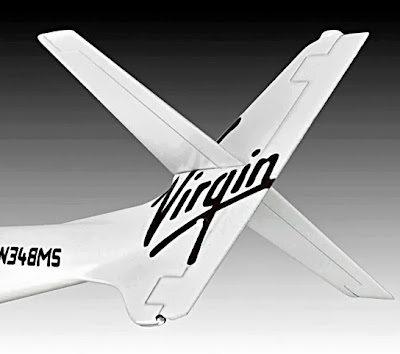 And it is ’to the edge of space’ rather than to orbit, for the flight profile is an up-and-down arc that will reach some 110km (68miles), orbital flight requiring much higher speed and altitude. Even so, the experience should be dramatic, with the curve of the Earth, the blackness of space, and a few minutes of free-fall float all being part of a typical flight. 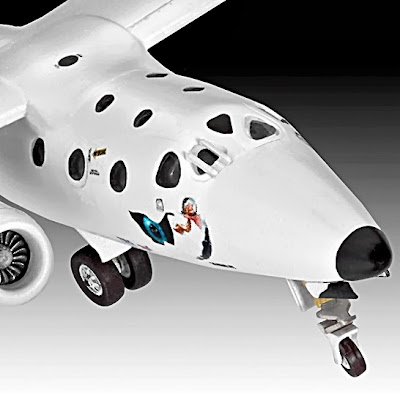 SpaceShipTwo has a unique re-entry system, with twin tails that rotate to provide stability and drag during return through the upper atmosphere. Landing is much like the old Space Shuttle, with an unpowered, gliding approach to a runway.