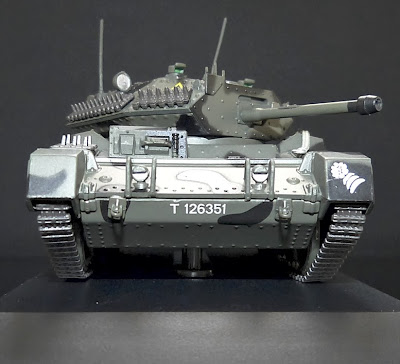 Here’s another partwork collectible from the publisher, Eaglemoss. For enthusiasts of scale militaria, this World War II series could be a tempter, especially as the models themselves seem to be well made. 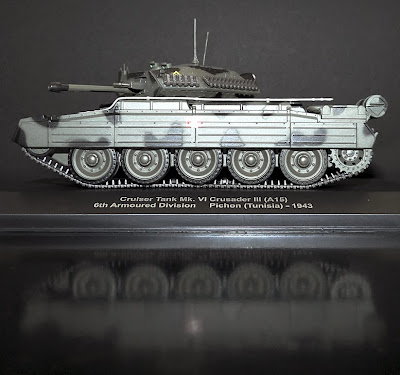 This model is of a World War II-vintage British Crusader III, the first British tank to mount a six-pounder main gun. It’s one of a newish collection of iconic World War II vehicles, all to 1:43 scale and made in diecast metal and injection-moulded plastic. They may be partwork-style collectibles, but detailing is generally good, and all are mounted in a transparent display base. 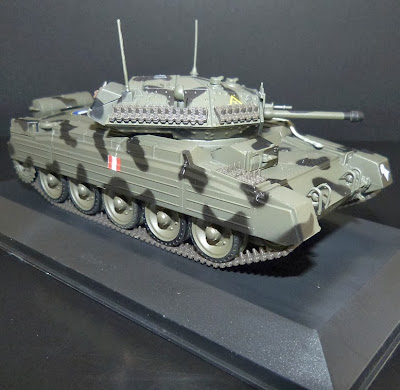 For a kit-builder the Crusader III is an opportunity to take a ready-built model, then add some detailing and weathering to take it to the next level. As you can see from the pix, the basics seem to be there (including a rotating turret and moving tracks) but the tank would look even better with some added TLC. The model rates a solid 8/10, with the opportunity to take it up a notch in the finish and detail department. 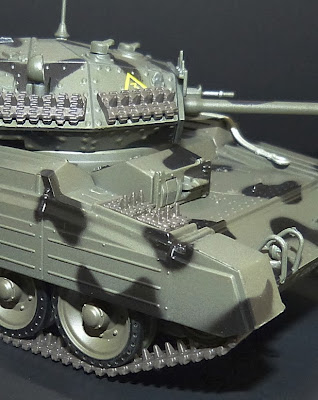 Did you know? The real Crusader III’s gun turret included a built-in extractor fan to clear fumes after firing, as space inside with the bigger gun was very tight, the tank commander also having to double-up as gun loader. The Crusader III first saw action at the Second Battle of El Alamein, North Africa, in October, 1942. 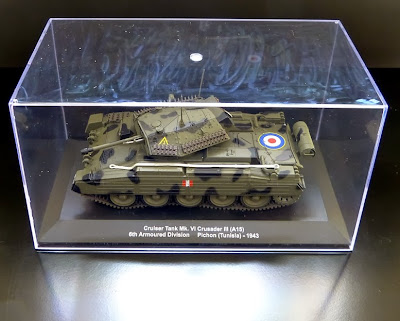 There are quite a few Crusaders still around, including a working survivor, displayed at The Tank Museum, Bovington, UK, a great place to visit for all military history fans.

Visit the Military Vehicles of World War II Collection for details of the Crusader III and other models.

Worth noting is this unusual German model set, available free only for subscribers - looks great, but oh, do we want to subscribe?! Might have to actually, as this looks really tasty...

And here's the whole range, though we're guessing that success in the marketplace might see the series extended with new items in future. 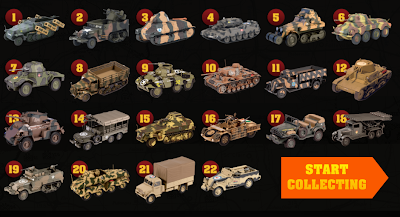