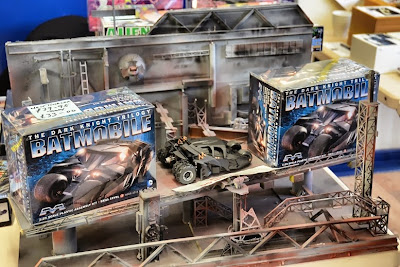 Sunday December 8, 2013, saw the fifth HaMeX show (Hanslope Model Expo) held in the village of Hanslope, North Bucks, UK. The day was chilly, but bright and dry, which can’t always be guaranteed for this time of year! Above, the new Batman Tumbler from Moebius was built on a suitably grimy Gotham city diorama by Mat Irvine, then loaned to Tony James for his stand. 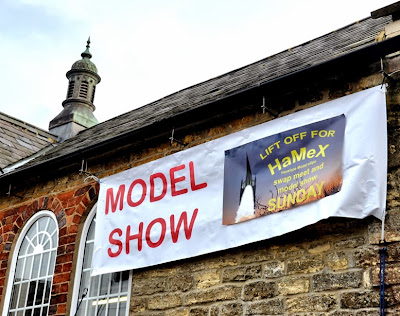 Mat Irvine: HaMeX started as a swapmeet  devised by Paul Fitzmaurice and Mat Irvine (and, originally, your host for Scale Model News, David Jefferis), and is now in its fifth year. It was intended for those ‘last-minute present ideas’, even if they are presents for yourself! The 2013 event was the most successful to date, both for the ‘fun element’, and to raise money for Village Hall funds. 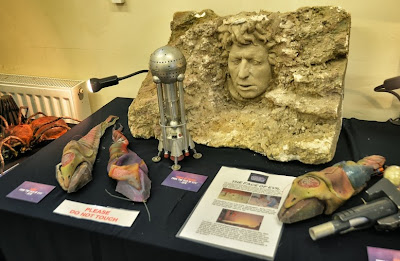 A model display was always part of the original plan, and this year co-organiser Mat Irvine recreated much of the Doctor Who props and models display that he and colleague Mike Tucker had put on two weeks earlier at the official Doctor Who 50th Celebrations at the ExCel Centre, east London.

Part of the Doctor Who display, the miniatures (above) featured in an episode called The Face of Evil, while (below) these are from The Planet of the Spiders. 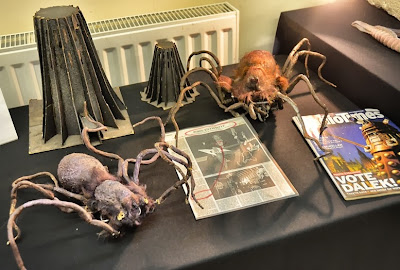 HaMeX has also spawned two other model shows. Automodellismo is a spring event that specialises in model cars, while the summertime smallspace is for space, science fiction and fantasy enthusiasts. And next year there will be a fourth, The Model Market, to be held on February 2, 2014. 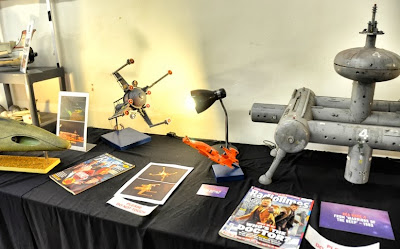 Doctor Who miniatures (above) from Warriors of the Deep.

Whereas HaMeX features mostly individuals selling second hand kits, The Model Show will have primarily dealers with new products, though some second-hand models will almost certainly there as well. This is intended as the first model show of this type in the New Year in the area.

More Doctor Who special effects models, these from Warrior’s Gate. 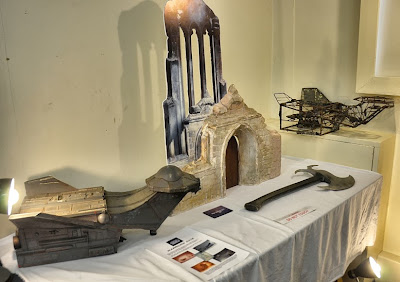 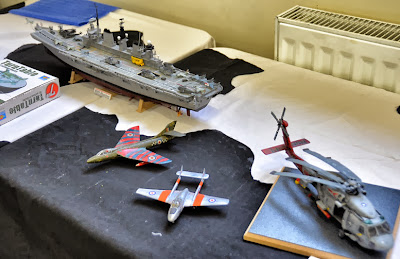 Neatly made models on display from the New City Model Club (above); Tony James (below middle) jokes with potential customers. Tony, best known for his Comet Miniatures brand, now trades under the Timeless Hobbies name. 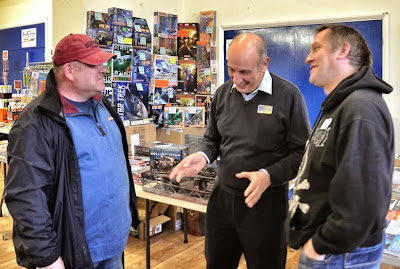 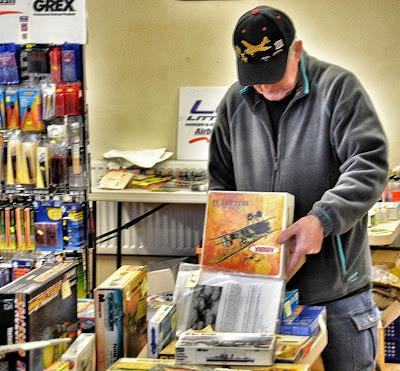 It’s always wise to check (above) the contents of old kits! Co-organiser Paul Fitzmaurice, of little-cars.com (back to camera below) talks with Oxonians Plastic Fantastic. 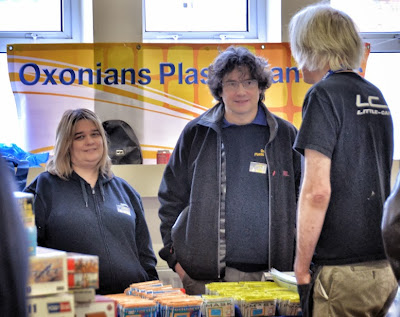 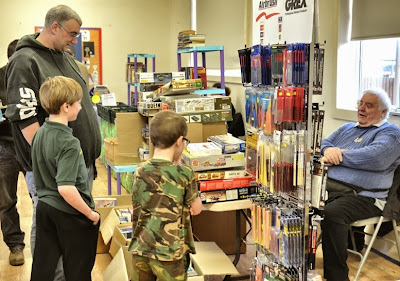 Brian Porter (right above) mans a stand, while interested visitors look closely. The sort of second-hand models (below) you get at HaMeX. If you missed the show this time around, now’s your chance to note it for your 2014 diary - HaMeX 6 will be on November 30, 2104. 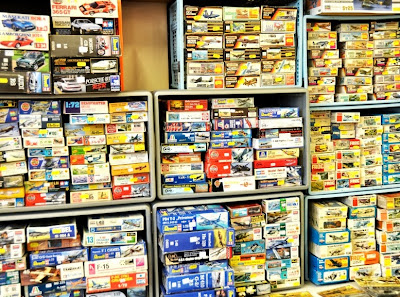 And of course, the mechanical mutt K-9 made his usual appearance. 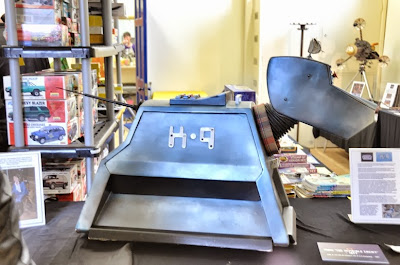