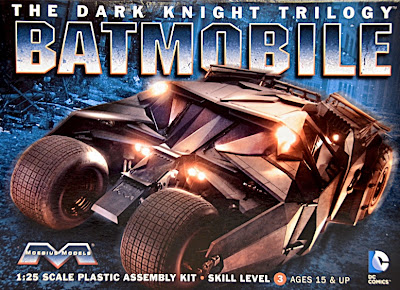 Mat Irvine: This is going to be about as complex a model car kit in this scale (or any scale) you are likely to build, and initially the packed box of parts looks daunting. 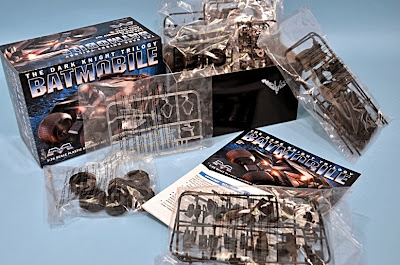 Most of the complexity is down to the fact that the Tumbler is hardly an ordinary vehicle design, and the way a conventional car kit goes together doesn’t really apply to the Tumbler. 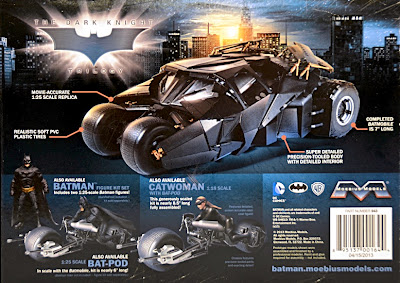 The Moebius instructions are very clear, albeit with a couple of errors, corrected in later printings (below) and primarily regarding the way the rear airfoils fit. But once that element of construction is sorted, and considering that the Tumbler is such an unconventional design, the kit goes together very smoothly. 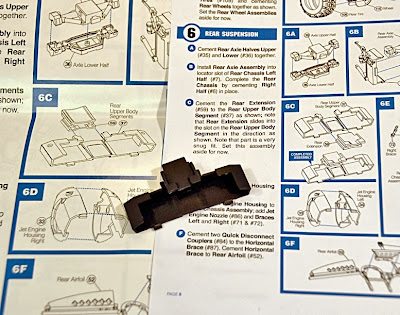 The Moebius Tumbler kit is moulded mostly in black styrene, plus a clear runner, vinyl tyres, and a hefty metal axle for the rear wheels. The colour of the movie Tumbler is black of course, so it’s up to you whether you overpaint the plastic or not. 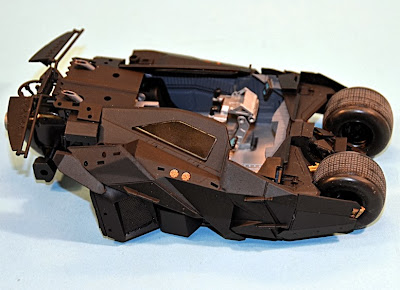 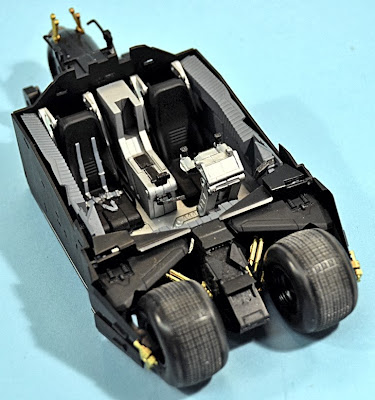 Painted finishes always look better though, and here the finish I used was Humbrol matt black, about as ‘matt’ a finish you are likely to find in an aerosol can. But in some ways it is too dull, so a topcoat of matt varnish, which will impart a slight sheen, is useful. It also tends to fend off the odd fingerprint. 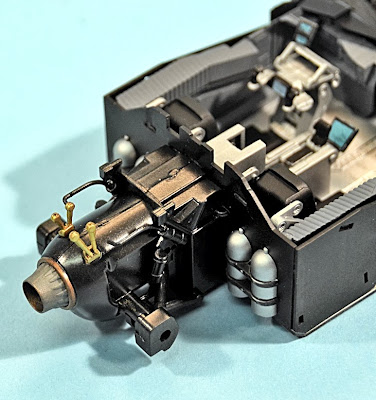 The model does feature a reasonably detailed interior, though with the roof in place, plus tinted windows, frankly you can’t see much of it. But as the roof and two ‘front body top panels’ can be left loose, you then have the option of looking inside if you wish. Suspension and rear engine detail (above) are excellent, and with care you make them look highly realistic. 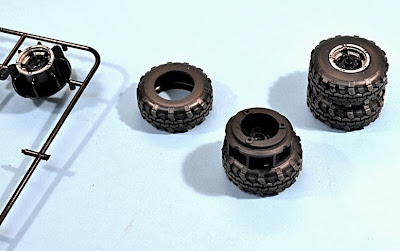 The four massive rear tyres and two smaller fronts are set on an unconventional suspension system, designed so that in the movie, the front wheels, with associated bits and pieces, can convert instantly into the single-seat Bat Pod. The rear section (below) I finished in gloss (rather than matt) black, with silver trim. 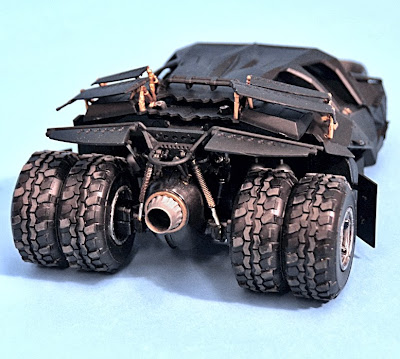 Completed Tumbler (above, below) shows the splashes of colour I used to highlight the engine exhaust and airfoil actuators. 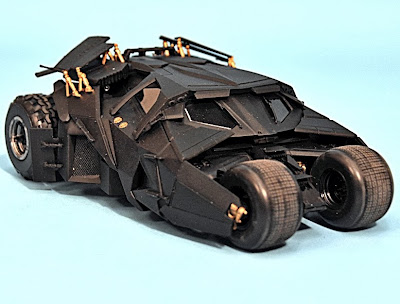 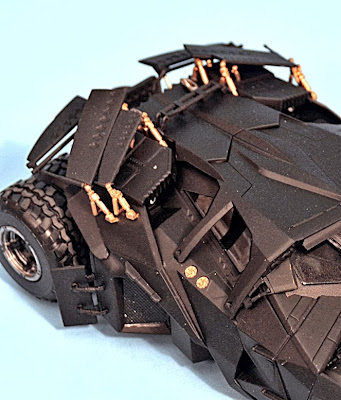 Completed Tumbler (below) with the roof removed, allowing you to see the interior. 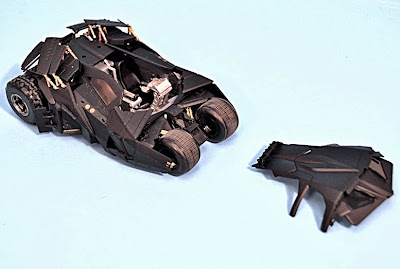 Incidentally, the release of the Moebius Tumbler kit means that now the modeller has all five TV and movie Batmobiles, made to the same 1:25 scale. There’s the original TV George Barris-modified Lincoln Futura version from Polar Lights, the first new movie version from AMT, the second and third movie versions from Revell, with the quintet now completed by the Moebius release. 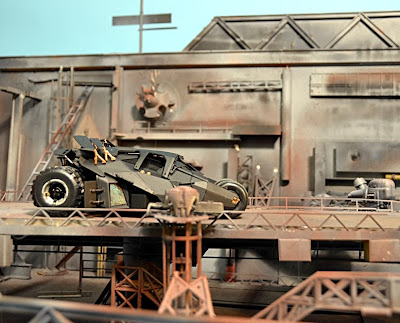 Tumbler ‘on the road’, in a diorama I built to represent Gotham City, built VFX-style, by kit-bashing various kits and spare parts. Weathering treatment, plus plenty of stains and rust add to the overall effect. 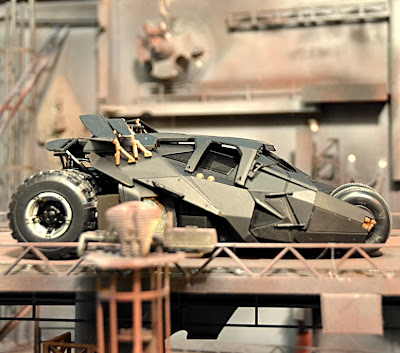 There’s an interesting self-referral fact about the Tumbler kit. The original design was created primarily by production designer Nathan Crowley, along with director Christopher Nolan, by kit-bashing existing model car kits - Hummers. Lamborghinis and the like. This was done in Nolan’s garage, located in the shadow of the famed Los Angeles HOLLYWOOD sign. In all, Crowley and Nolan came up with around half a dozen concepts, before the final design was handed over to the special effects department.

Summation
Convincing kit of a popular Batman accessory. Well worth building if you like the subject matter, and despite the complexity, not difficult to assemble well.

If you want something a little smaller, Bandai has a Tumbler in 1:35 scale. This is perhaps an odd choice, as 1:35 is normally a military scale, but as the movie Tumbler also appears in camouflage markings at one point, an AFV-scale Tumbler could make sense, especially if you want to match the movie version's camo scheme and weaponry. 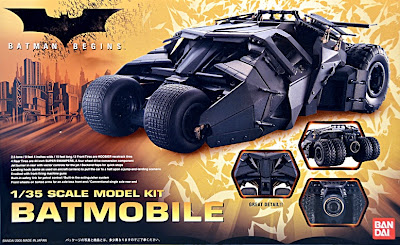