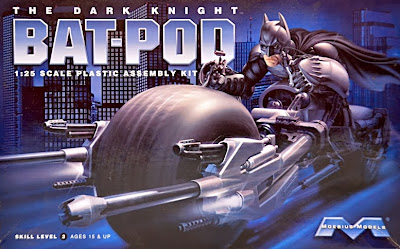 The single-seater Bat-Pod emerges (in slightly contrived fashion!) from the wreck of the bigger Tumbler in the first movie of the Dark Knight trilogy. This Moebius kit focuses on the fat-tyred two-wheeler. 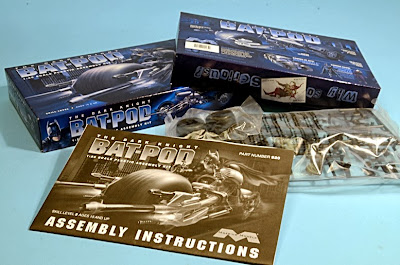 Mat Irvine: Moulded to 1:25 scale the Moebius Bat-Pod is a small kit, measuring around 150mm (6 in) long, and consists of a number of very small parts, making it a project that’s not for the faint-hearted modeller. The kit itself does not include a rider, but from the beginning Moebius announced it was releasing a set of similar-scale figures. Initially there would have been a set of four, featuring Batman standing, riding the Bat-Pod, and driving the Tumbler, plus Batman's arch-nemesis, the Joker. The four-figure plan was modified, so that currently available are the standing and riding Batman figures, issued as a double-kit. However, the Joker and standing Batman figures were issued in a special-edition foil bag, for the 2013 San Diego Comic Con. 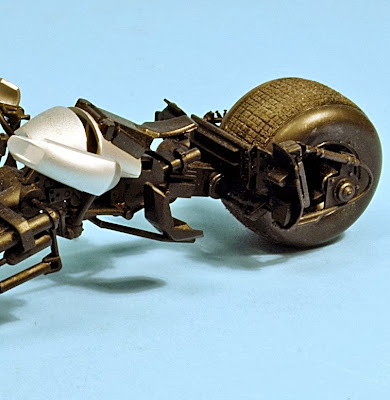 If you use the riding Batman figure, it’s best to install it before the Bat-Pod is completed, so try to build both at the same time. However if you have already completed your Bat-Pod, the riding figure can be retro-fitted without too much trouble. 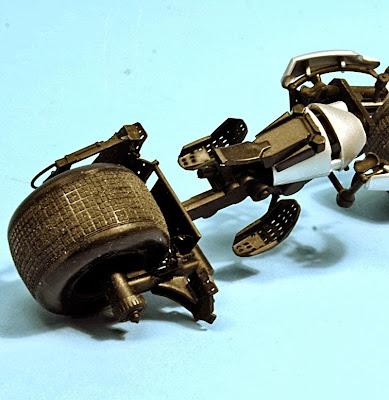 So you want a bigger Bat-Pod? Well, you’re in luck, as a second kit of the Bat-Pod is available to 1:18 scale, which would match die-cast versions of the Tumbler released to that format. This kit is not identical part-to-part to the 1:25 scale release, as there are a few more components in the box. 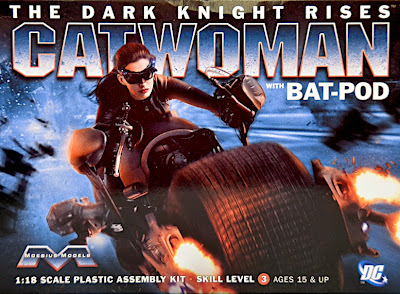 You get a different rider too, in this case a slinky Catwoman. There is also a difference in moulding material, as the figure is not injection styrene, but resin, so will need superglue or epoxy for final assembly. Boxes for the 1:18 and 1:25 Bat-Pods compared (below). 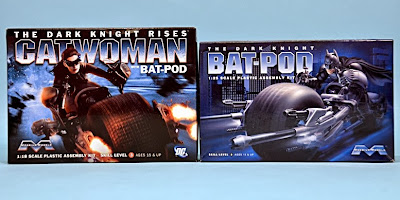 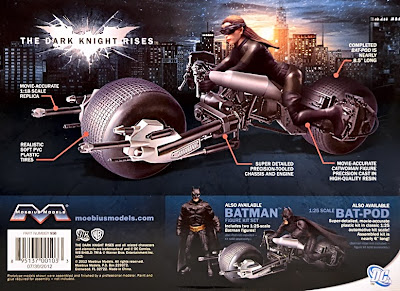 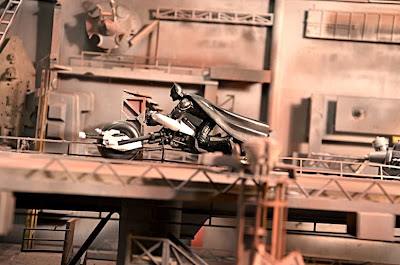 Batman riding the Bat-Pod through my Gotham City diorama (above, below) made especially to display the Bat-Pod and the larger Tumbler. 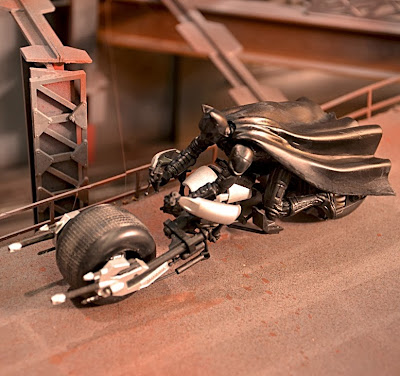 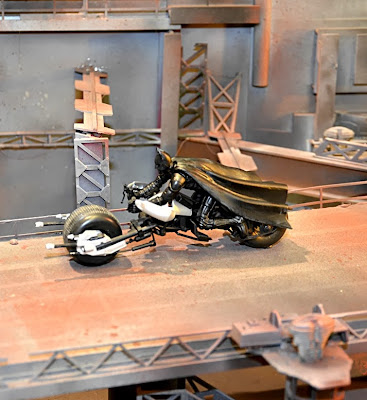 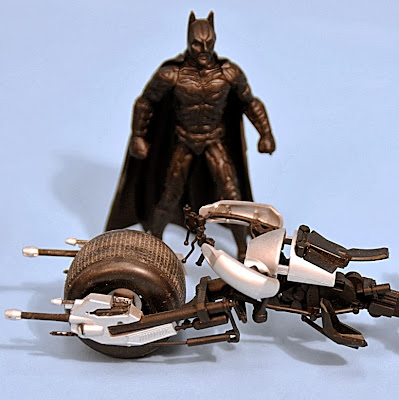 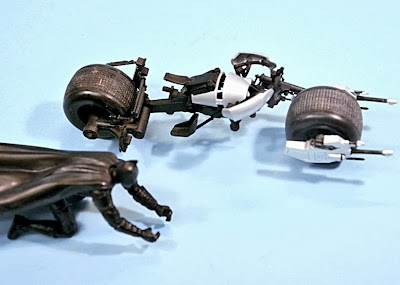 Completed 1:25 scale Bat-Pod with standing and riding Batman figures (above) and next to my completed same-scale Moebius Tumbler (below). 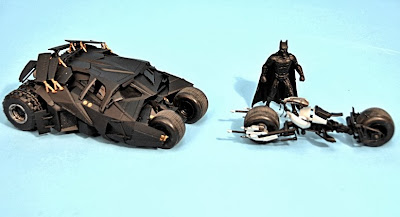 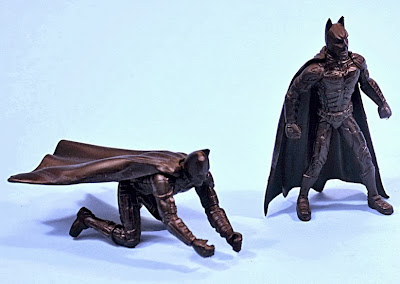 Reasonably crisp detail work on both figures' limbs, matched by realistic swirls on the cape. 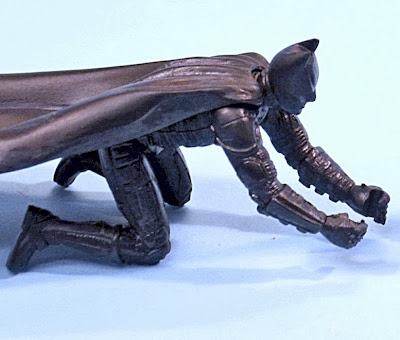 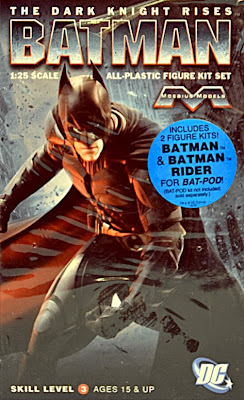 1:25 scale box (above) features dramatic artwork. Inside the box (below) are instructions and moulded components for standing and seated figures. 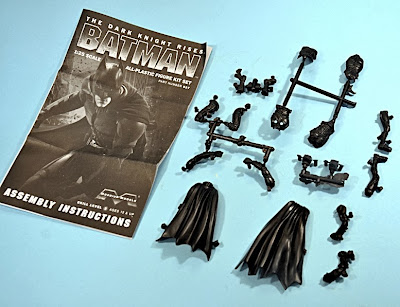 Bagged components (below) for the resin Catwoman figure. 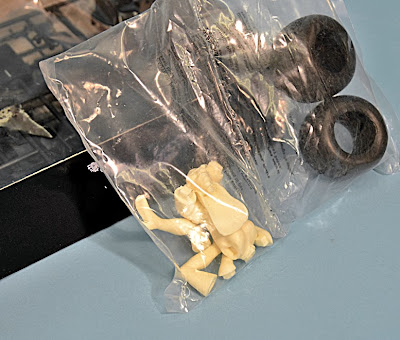