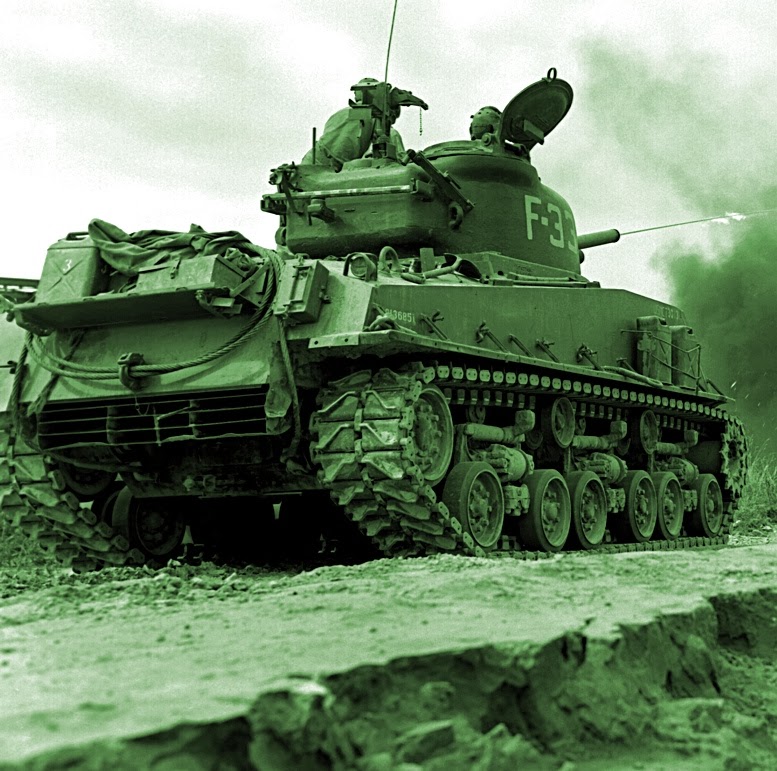 It's 1945, and the Allies are on the verge of winning World War II, when suddenly the Nazis unleash an arsenal of super weapons straight out of science-fiction, turning the tide of combat in their favour.


This presentation was done on a very small budget, with all the tanks and vehicles - Willys Jeep, Stuart  and Sherman tanks, Nazi 'Spider' tank - featuring as 1:6 scale models, rather than the CGI that's typically used for almost all sci-fi movies today.

In Director Ryan Nagata’s words, “1945A is a presentation I made with George Edelman about an alternate timeline where the Nazi's unveil all sorts of futuristic sci-fi technology at the end of World War II, turning the tides in their favor.

“It's essentially what five minutes of the feature film could look like. It was made for a budget of less than $2000. Most of the costumes were made by me for a previous project. We only had five helmets to share between actors, so I had to repaint the different markings between shoot days.

“Weapons like the Browning .30 caliber machine gun were made from plastic sheeting. I rigged a motor/gear system inside which moved the charging handle/bolt back and forth when the trigger was pulled. All of the tanks and vehicles are done with radio-controlled 1:6 scale models, shot at 48 frames per second.

“I wanted the project to have a very tangible, non-CGI feel to it. The Nazi 'Spider' tank was a custom made puppet.”

Producer's website with more info on how he works with forced-perspective and models here.

Article on the 1:6 scale Jeep from Dragon Models here.