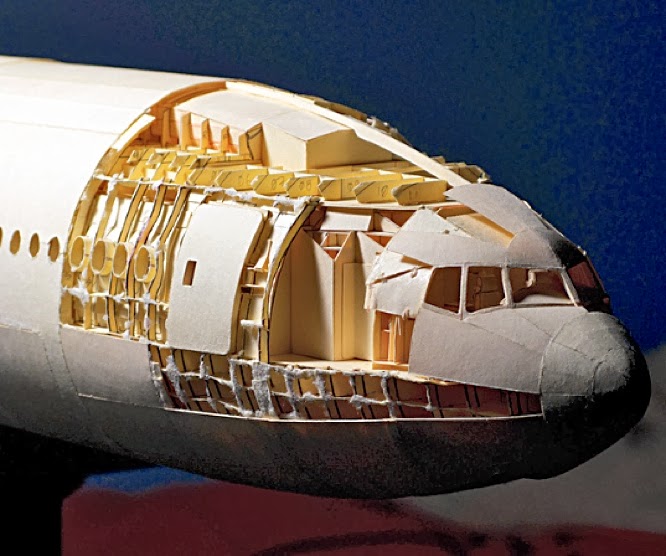 In 83 days or so, Boeing can go from assembling a 777’s first components, to flight testing the assembled bird, to delivering it to an airline. A typical model kit might take anywhere from a day to a week. But Luca Iaconi-Stewart’s amazing hand-crafted paper liner has been a five-year production.


Luca Iaconi-Stewart’s 777 is a big, 1:60 scale model that is at least as complex as the most detailed plastic kit, and probably more so - it’s got everything, from correctly opening doors and hatches, to retractable landing gear, even scale reverse-thrust cascades on the engine pods. 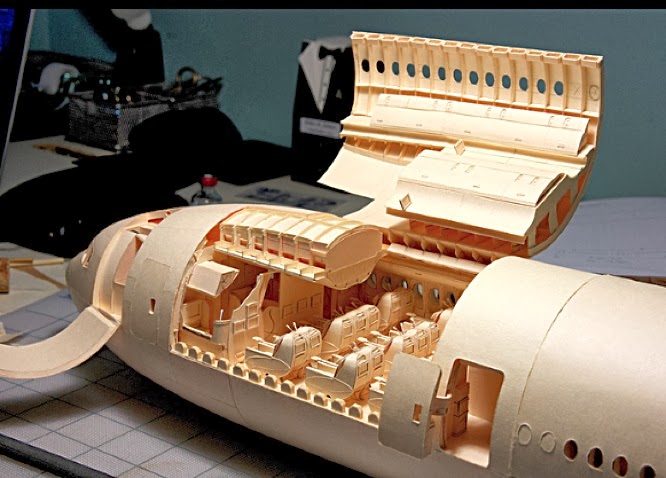 The 777 project's dawn came with Luca’s discovery of detailed plans for an Air India 777-300ER, which he then started to replicate in buff paper. It’s not been a quick job: a whole summer went by while he created all the seats, hundreds of them, in three classes, first, business, and economy. It hasn’t been a continuous operation though - Luca stopped work on the 777 for a couple of years while he attended college.

Luca's video (below) is well worth a look, as the level of paper skills are nothing short of astonishing.

About Luca, by Luca: “…I’m a crazy guy who loves aviation and is currently putting together a very detailed model 777 made entirely from paper!”