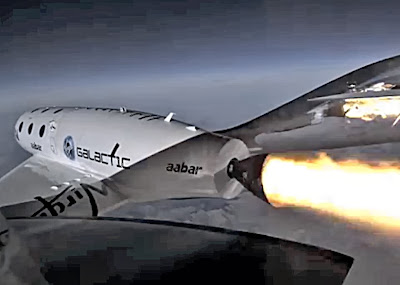 On January 10, 2014, Virgin Galactic's SpaceShipTwo completed its third powered test flight. In command on the flight deck for the first time under rocket power was VG’s Chief Pilot, Dave Mackay.

We looked at the new 1:144 scale WhiteKnightTwo/SpaceShipTwo kit recently, so it’s good to see that progress on Virgin Galactic’s edge-of-space craft is proceeding well (video below) though we're not quoting odds as to when the first fare-paying passengers will fly. We’re betting 2015, rather than 2014.

The Revell kit looks pretty good, though we’d like to see it in a bigger scale, with all the extra detail that would allow. Still, for the moment, the new-tool kit spec is reasonable: