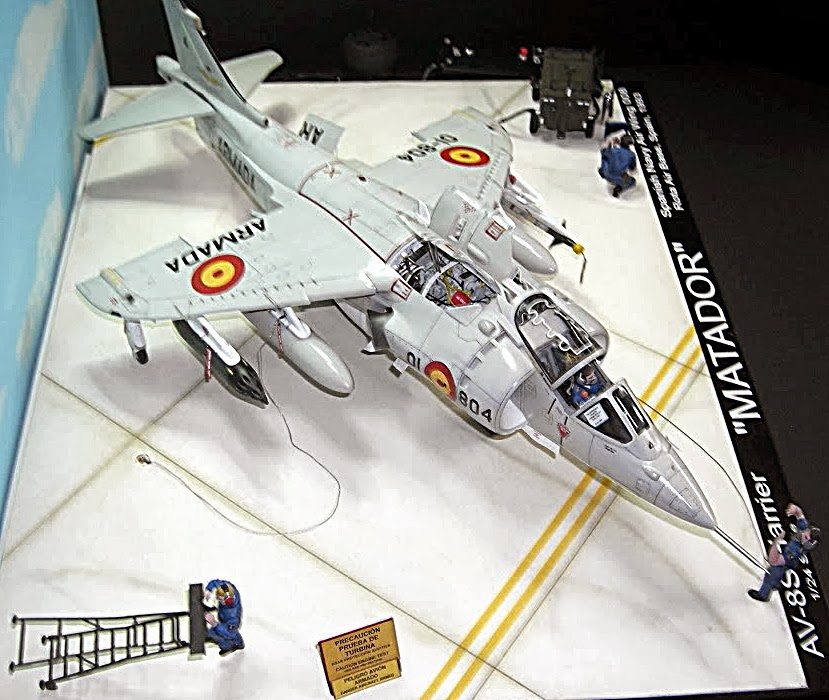 Here’s a prize-winning build of the 1:24 scale Airfix Harrier, remodelled as a Spanish Navy Matador. The kit is based on the old-mould Harrier, marketed a few years back with additional parts to build the GR3 version. Creator of the sound-enabled display model is US model-maker George Mustafa. 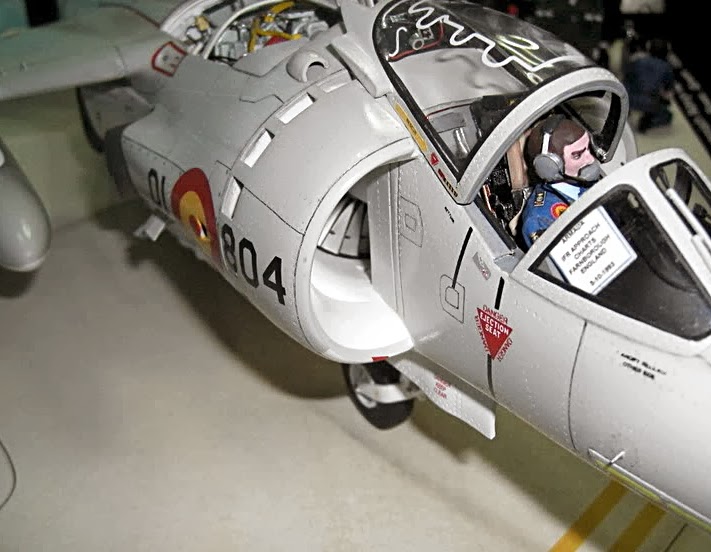 It took George over 800 hours (that’s equivalent to more than 33 days solid, working round the clock!) to correct the many flaws in the plastic, to scratch-build the hundreds of missing or corrected components, and to super-detail virtually everything else.

The video (below) gives a good feel for George's work, especially the sound-chip side of things - which works just great.

George used various bought-in extras, such as part of the Flightpath photo-etch set, a resin ejection seat from Heritage Models, while other parts were scratch-built. 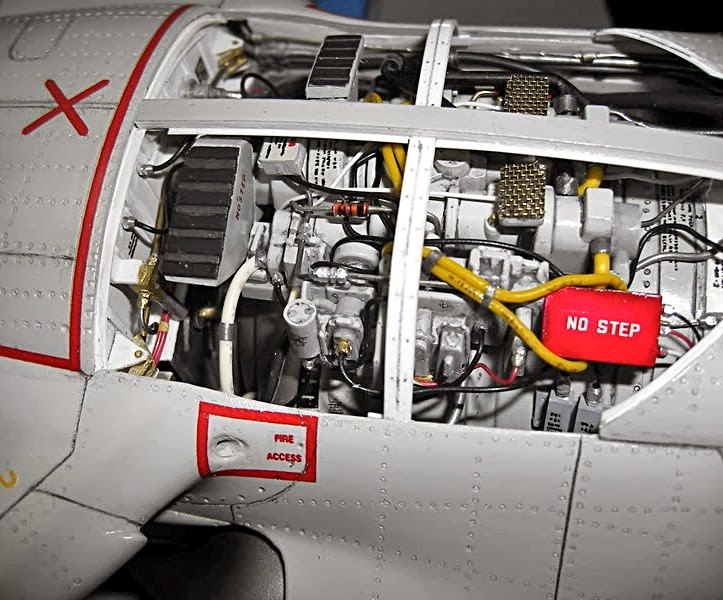 The resulting Matador model has working navigation, beacon, and landing lights, an illuminated instrument panel, rotating turbine blades and real Pegasus jet sound, which works from engine-start, through idle, and on to shutdown, with various voice-overs to add atmosphere. 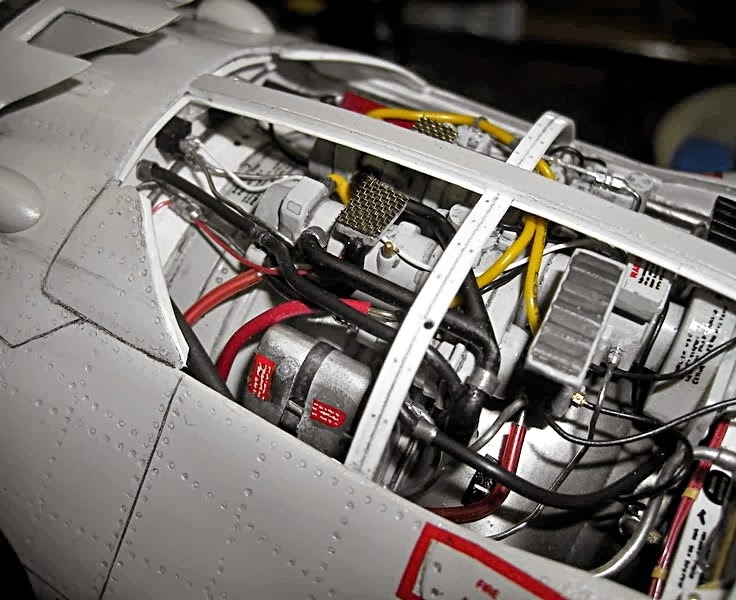 George’s reward for his excellent work on this Matador won him a First in the Aviation Diorama (small composition) category at the IPMS-USA Nationals held in Phoenix, Arizona. 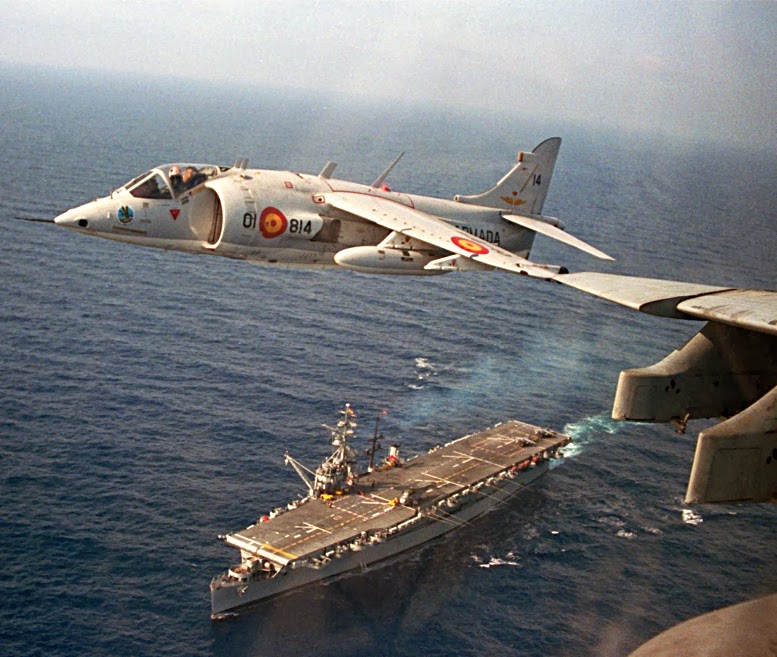 A Matador flies above the Spanish aircraft carrier Dedalo (above) while another rest on the tarmac at a shore station. For detail lovers this aircraft features a wealth of tasty lumps, bumps, antennas, and other protruberances! 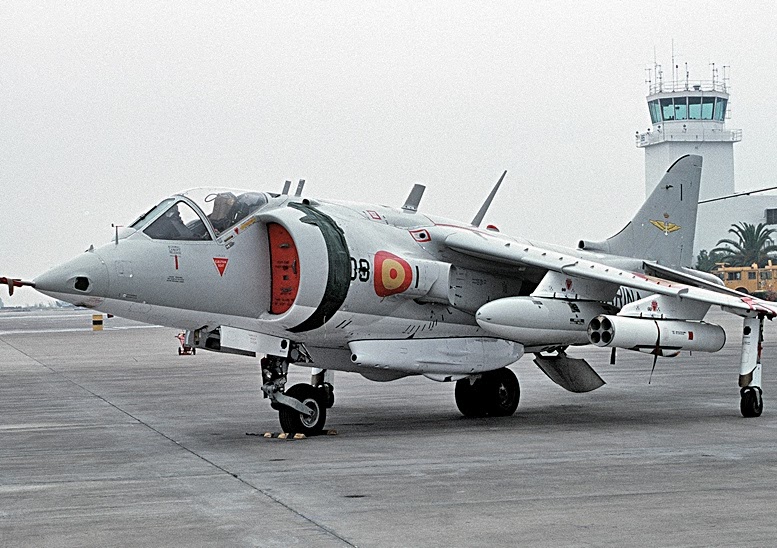 George's work gives us a real itch to make a Harrier model again. It's a huge pity that UK forces no longer fly the remarkable machine in real life, but there's no shortage of kits finished in home-team markings.

Plenty of Harriers to choose from at the Airfix home site.

And here too, including interesting alternatives from Italeri, Hasegawa, Revell, and Tamiya. 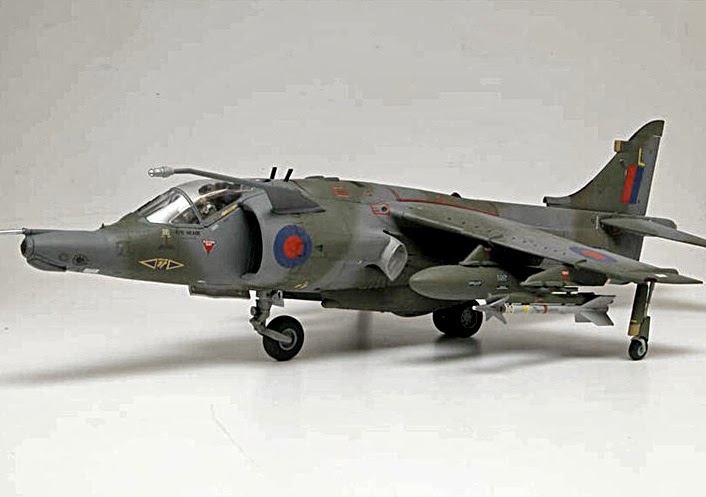 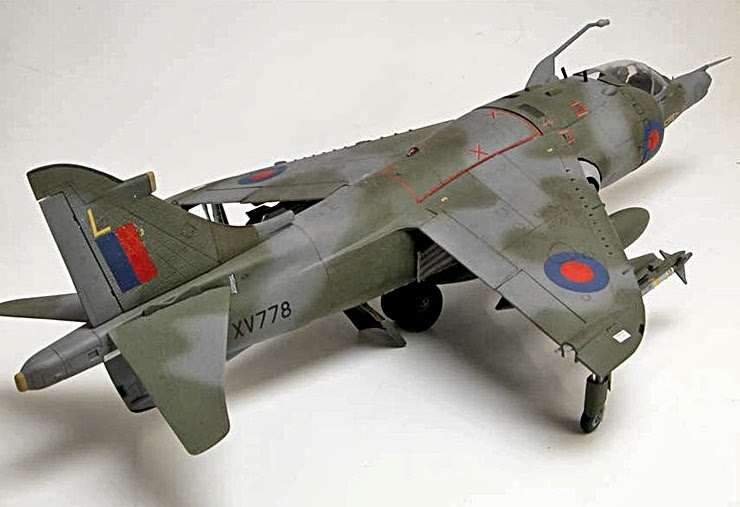 Thanks for George Mustafa for the info and pix. Plenty more to see here.