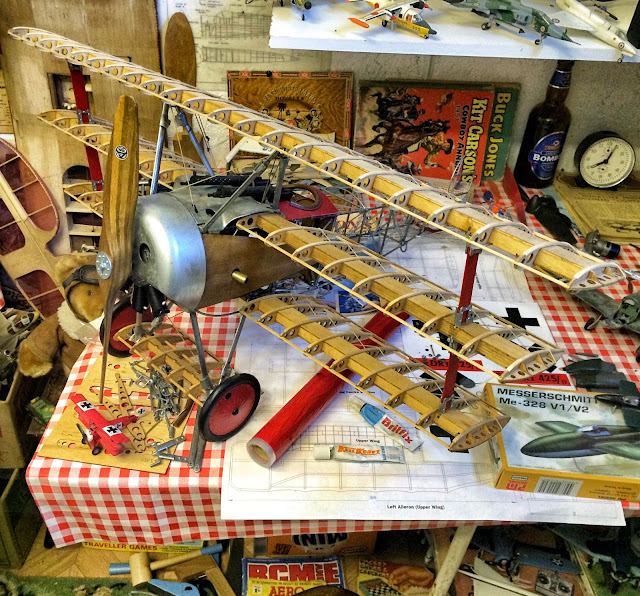 HERE'S A LOOK at the Norfolk and Suffolk Aviation Museum - aka ‘Flixton’ to locals. The place is a rare gem: it's far from the biggest air collection, but has rarities to match even the biggest museums out there.


David Jefferis: Tucked behind Flixton’s useful shop is a treasure-trove of a find - behind protective glass lies a beautiful recreation of a 1950s-1960s model maker’s den, just packed with gear that represents that era. 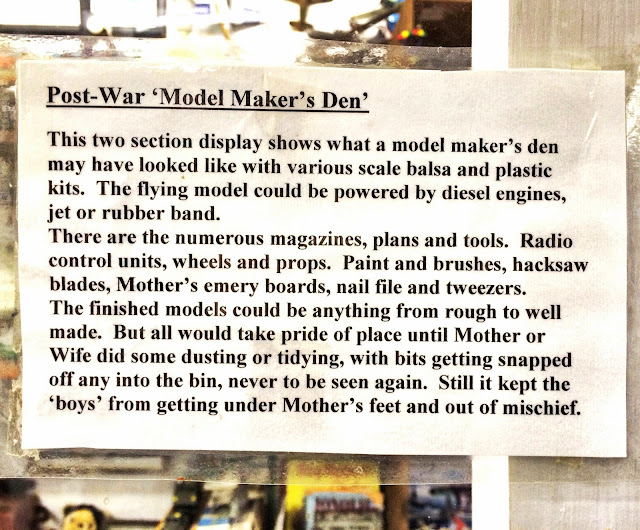 If you have a molecule of nostalgia in you, then this den will put on your rose-tinted spectacles and bring back memories of happy modelling moments. 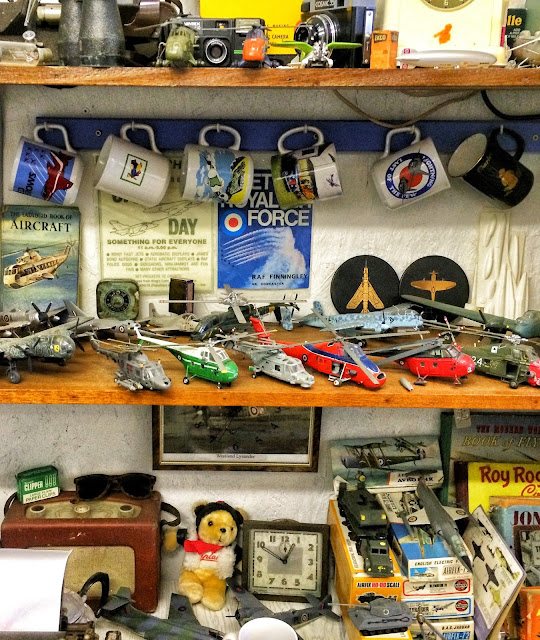 I’ll let the pictures tell the story, but the display does underline two things strongly - that modellers today are really spoiled for choice, and that what we are offered is mostly of excellent quality - the manufacturers have been trying hard over the years, and continue to do so. 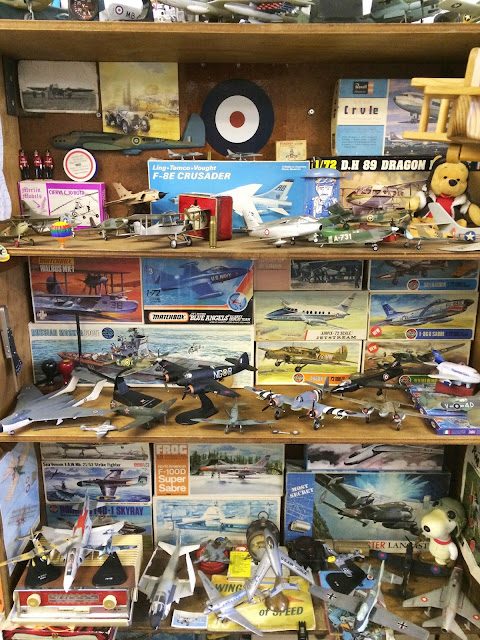 Enjoy the pix, and if East Anglia is in your sights for a 2014 visit, then put Flixton on your must-visit list. There are some really interesting aircraft on static display, outside on the grass. And also, there is a strong emphasis on World War US armed forces, for in those years of conflict, Flixton was one of many airfields used for the daylight bomber assault on Nazi-held Europe - B-17s, B-24s, and many other machines flew from bases in deepest Suffolk and Norfolk. 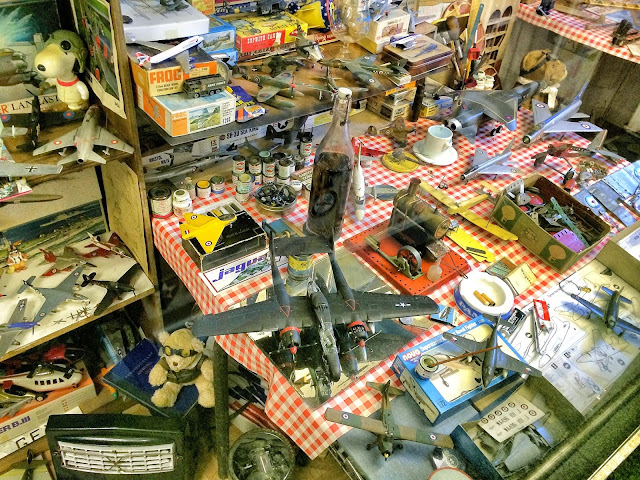 Where modelling is concerned, one thing doesn’t seem to have changed one thing much down the years. Mother, wife, or girlfriend may try their helpful hardest to keep things clean and tidy, but in doing so, they end up being well-meaning enemies of delicate models. Antennas, landing gear, and other breakable bits, beware! 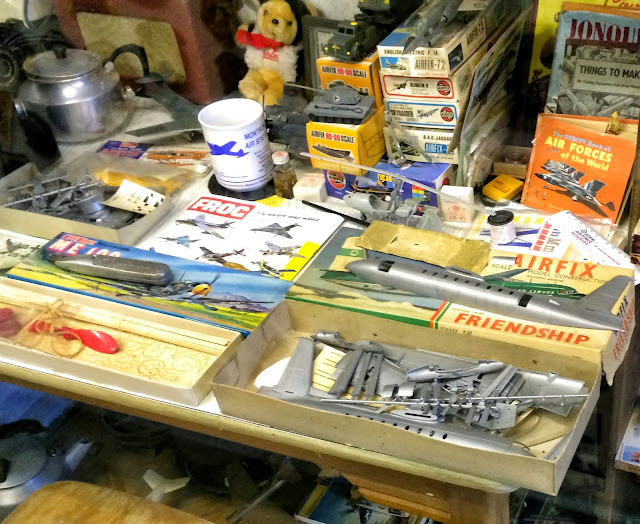 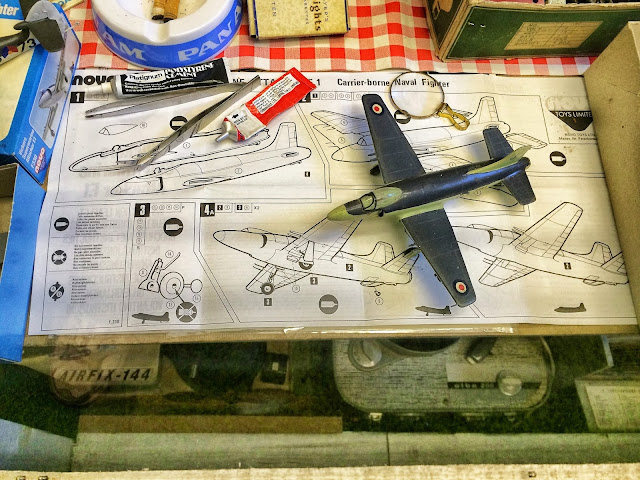 Early British naval aviation reflected (above) in this Novo kit of a Supermarine Attacker. Flixton's outdoor metal includes the nose of an Avro Vulcan (below). 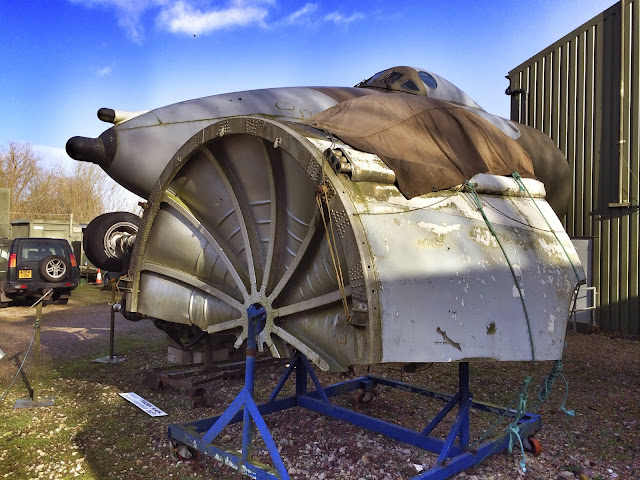 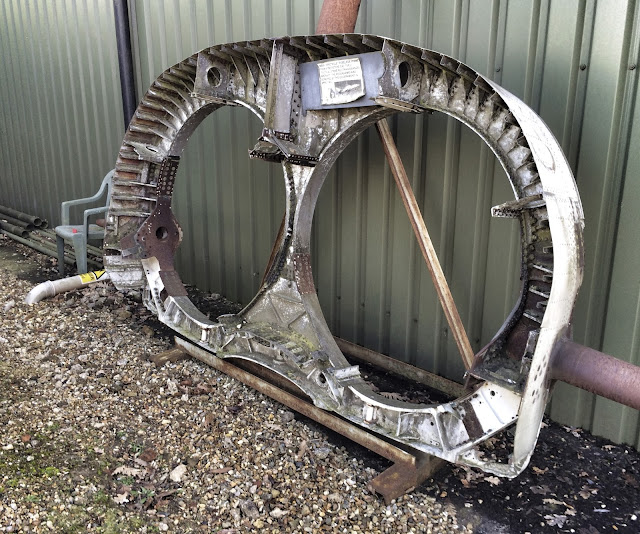 Another nose-cone (below) this time a Handley-Page Victor, complete with refuelling probe above the cockpit. 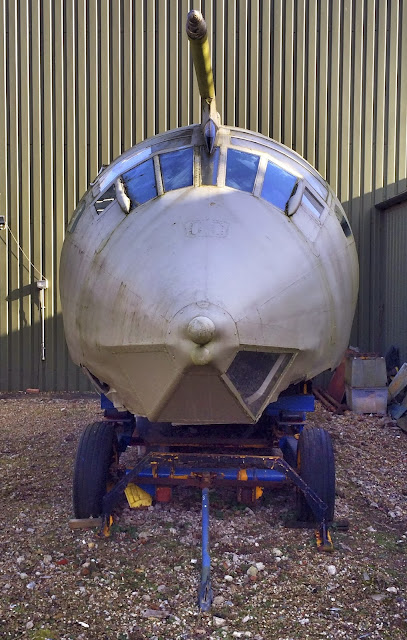 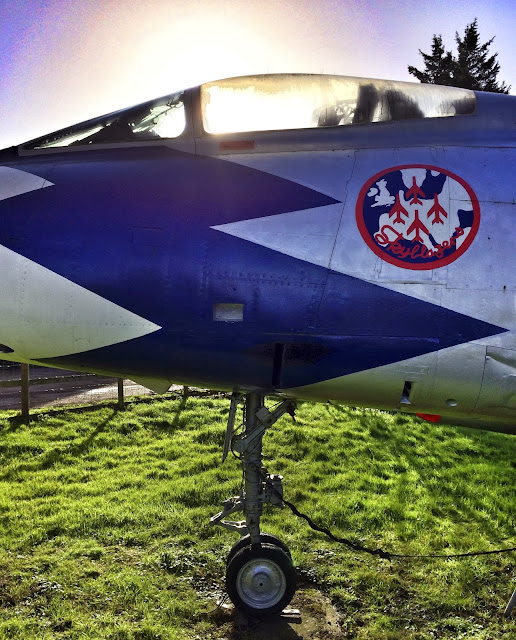 Trust you enjoyed the pictures. To see more, just use the search box to look for Flixton.