FROM FILM TO DIGITAL: KEITH McNEILL RAISES THE ART OF SCALE-MODEL PHOTOGRAPHY TO NEW HEIGHTS 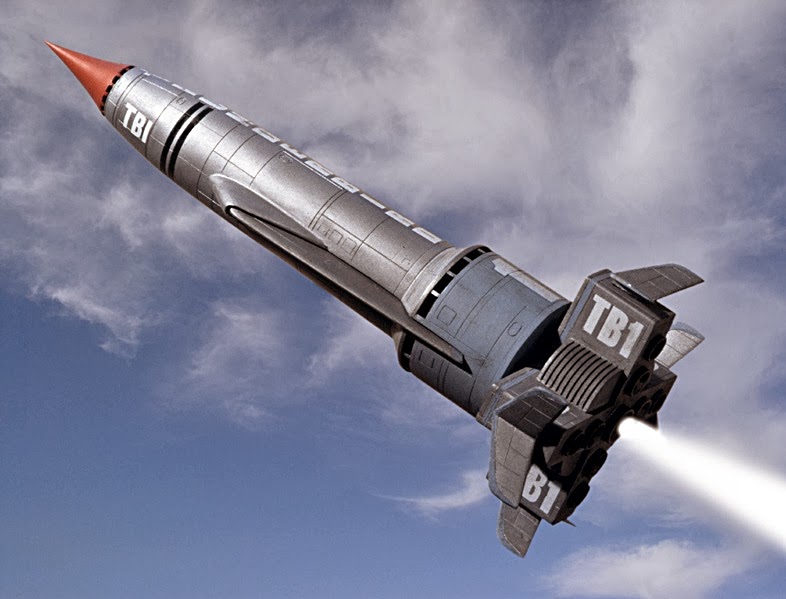 Here’s an in-depth article from Keith McNeill, a master of not only model-making, but also the art of studio photography and Photoshop.

“My friend Jeff who introduced me to Thunderbirds, and had earlier got me interested in making Airfix model aircraft, made some superb wooden models of the Thunderbird craft and a very large model of Zero X, and these were the first models we tried to photograph. Knowing nothing about photography and using an old-style camera, we proceeded by trial and error - but did get some passable results on black and white film. 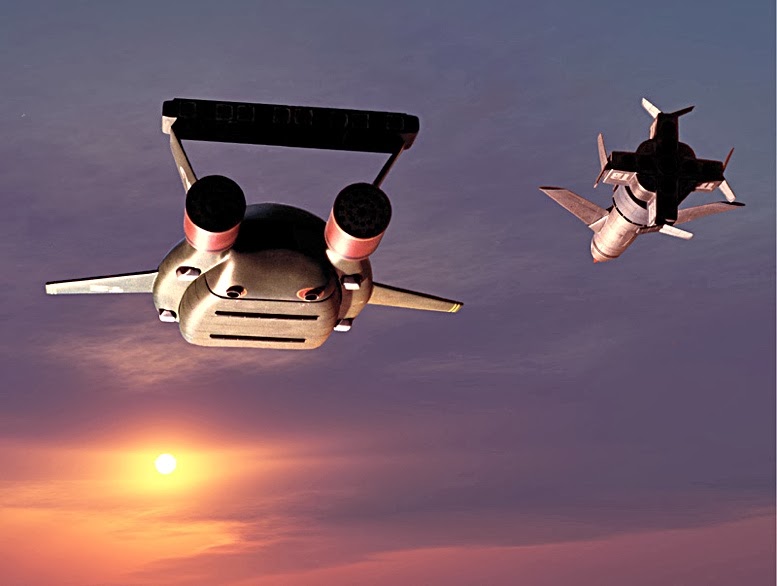 “We then both became interested in the Apollo program and tried to improve our results using our Apollo models. Using a Kodak Brownie we just couldn’t get away from a murky brown overall colour having upgraded to colour film stock. Or get proper focus - or correct exposure. Realising this camera was far too simplistic to ever get decent results, a school friend pointed me in the direction of a £5.00 35mm camera from Boots the Chemist. By trial and error, we discovered that using a Photoflood bulb with print film was producing the brown cast. We found that there was a transparency film properly balanced for Photoflood light, so that was one problem solved.

“The camera also had manual focus and different apertures to allow for deeper depth of field, an essential for model photography. With these problems solved we actually took quite a lot of Apollo model shots which still stand up today, a few of which appear on my website. To achieve double exposures with the Earth or Moon to appear along with the models, we had to rewind the film and try and start it on the same sprocket hole and start all over again for the model element. Obviously all photos had to be well planned and mapped out before photography started. 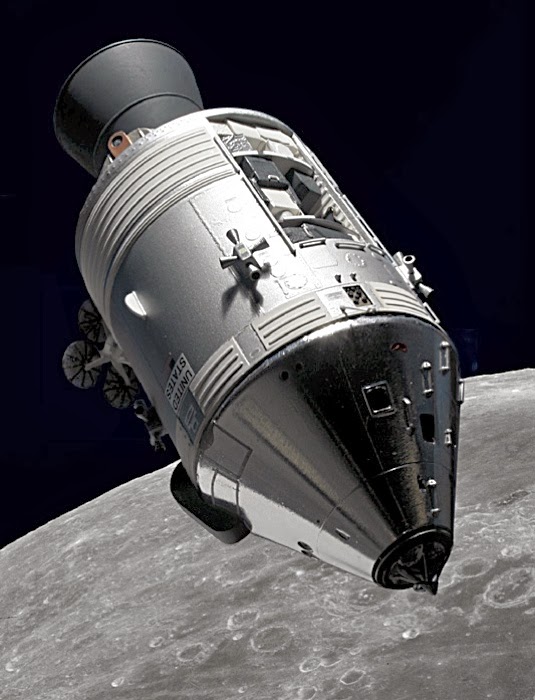 “Fast forward over several years of inactivity and into adulthood and I restarted using an SLR camera which meant what you saw through the viewfinder is what the camera was seeing, including depth of field. By this time I knew about filters and wasn’t constrained to transparency film, but then I had the difficulty with processors not knowing what they were looking at, so space often came back every colour but black necessitating sending the negatives back.

“By this time I was photographing not only factual space subjects but any other science fiction models I built. But I was limited to how much realism I could achieve once you left black space. And to be honest not many really succeeded, so I stuck with space scenes.

“Then along came personal computers and I thought that there must be some way to achieve better results for non-space related subjects. So I first experimented with CorelPhoto and discovered I could indeed remove a background and replace it with a realistic background. Experiments continued apace and I obtained an old version of Photoshop, bundled with a scanner. And things took off from there with the promise of producing scenes until then impossible with purely in-camera techniques. 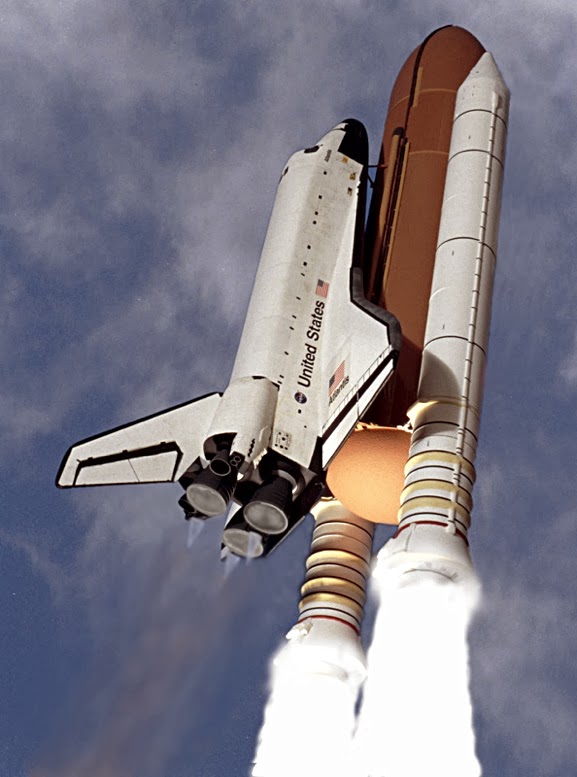 “Photoshop had a steep learning curve but my results kept improving. Initially, I was still using film and scanning the results into the PC, having first photographed the model against a plain blue background - basically bluescreen, and composing within Photoshop. Photoshop can only do so much to make models realistic. Most of the work is still done in-camera, with proper lighting, proper angles etc.

“By this time the garage-model industry was producing some really nice kits from Gerry Anderson series, 2001: A Space Odyssey amongst other subjects, not to mention all the scratch-building I had been doing for years. So suddenly a lot of these subjects which were non space-related, and which up until now couldn’t be made to look realistic, could at last be photographed with convincing results. “Once the resolution of digital cameras improved to match that of film, I moved over to digital, initially with something of a guilty feeling. However the added freedom digital can give, and the continued improvement of resolution and quality meant I didn’t feel guilty about abandoning film for too long. 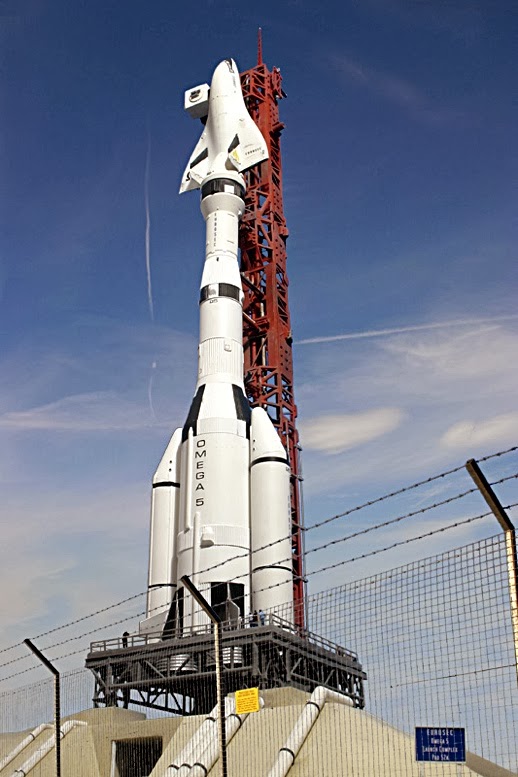 “For a long time now, I have built only models of subjects which interested me photographically, and in fact model making is a means to an end, as the special-effects photography is what really interests me. So after nearly 50 years, I’m still photographing scale models, entirely inspired by Gerry Anderson and Derek Meddings.”

Some of Keith’s best images can be seen on his website here.

Thanks for the story and the great pix, Keith.