MAX MARKS FOR THE MODEL MARKET The first-ever Model Market hit the public on February 2, as an experiment to see how successful such a show could be so early in the year. It was run by HaMeX, the group of model shows based in Hanslope, UK, and run by master-modelmaker Mat Irvine and supplies-meister Paul Fitzmaurice.


Mat Irvine: The Model Market now takes the HaMeX score to four a year, including the one that kicked things off, the Hanslope Model eXpo, a swapmeet and model display held just before Christmas. HaMeX targets those last-minute moments to snap up a present, even if it happens to be a reward just for yourself! 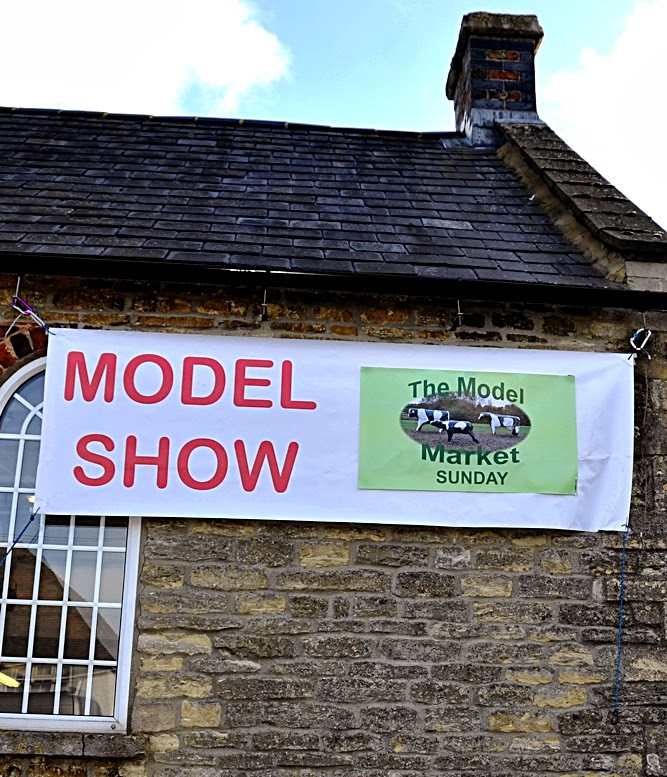 In May, Automodellismo roars in. It specialises in model cars, though we also feature the real things, on gleaming display in the car park.

In July, Smallspace comes in to land, concentrating on space, science-fiction and fantasy. This has been the most popular show so far - a horde of full-size Daleks roaming round the car park probably help.

The Model Market (TMM) was created to cater for the post-Christmas and New Year blues, when modellers in general suddenly realise they need a new project for this year, or possibly - and more likely - supplies to finish the old one they started last year, or, heavens, even the year before! 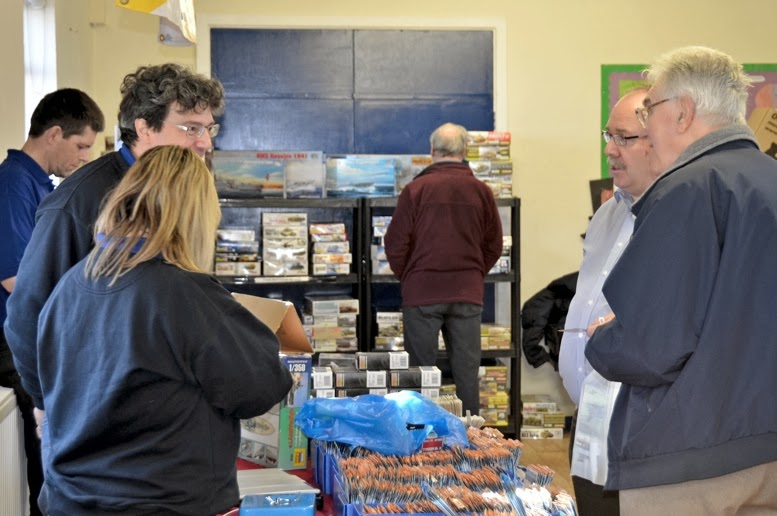 As this was the first TMM, we were not quite sure how it would be received. It concentrates on dealers and their products, mostly new, but also some second-hand - but went down well with sellers and buyers alike.

Vince Brown (below left) of Models for Sale, Brian Porter (middle) helps co-organiser Paul Fitzmaurice of Little Cars (far right). In the foreground, one of the TMM’s visitors. 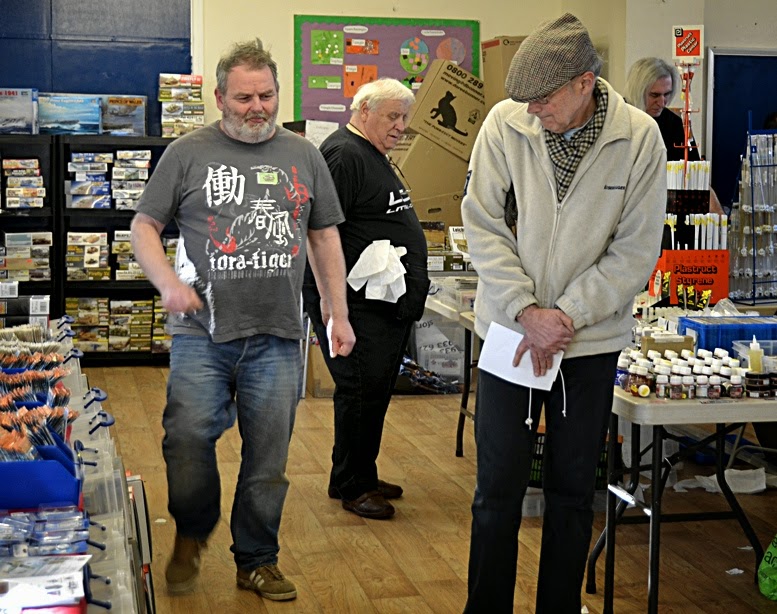 The popularity of all HaMeX events has taken Paul and I somewhat by surprise, as the village hall is hardly a large venue, but it seems that many visitors treat the one-day shows much like a large model club meet. They come along, buy refreshments from the K-9 Café, and natter with friends they perhaps haven’t seen since the last time round.

Below, Dave Limburg of Sante Clause, about to surprise Tony James of Timeless Hobbies with a ‘Freddie hand’, from Nightmare on Elm Street. 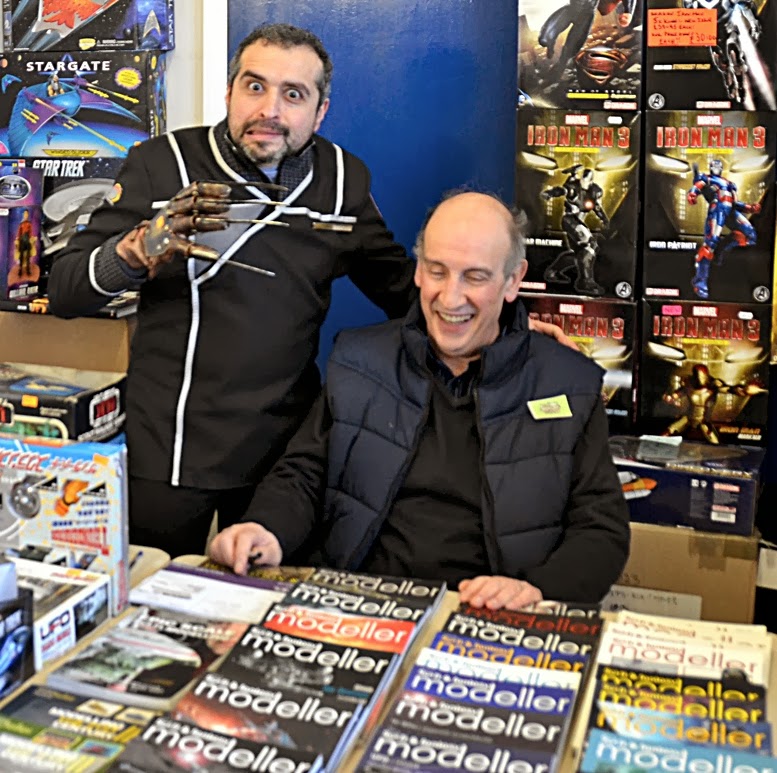 Visit all four shows at Hamex.

Reference books were on offer (below) from the Aviation and Military Book Centre. 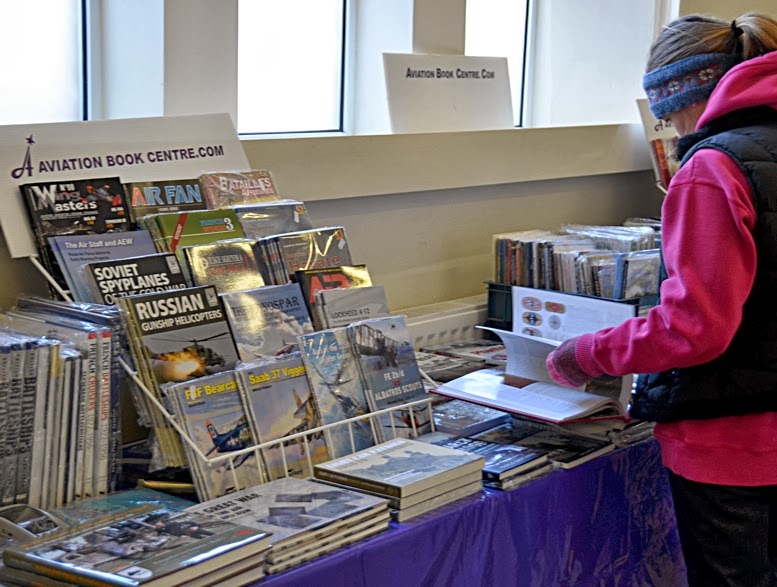 Mainly Military Models (below) made a ‘walk-in shop’ out of its boxes of kits. 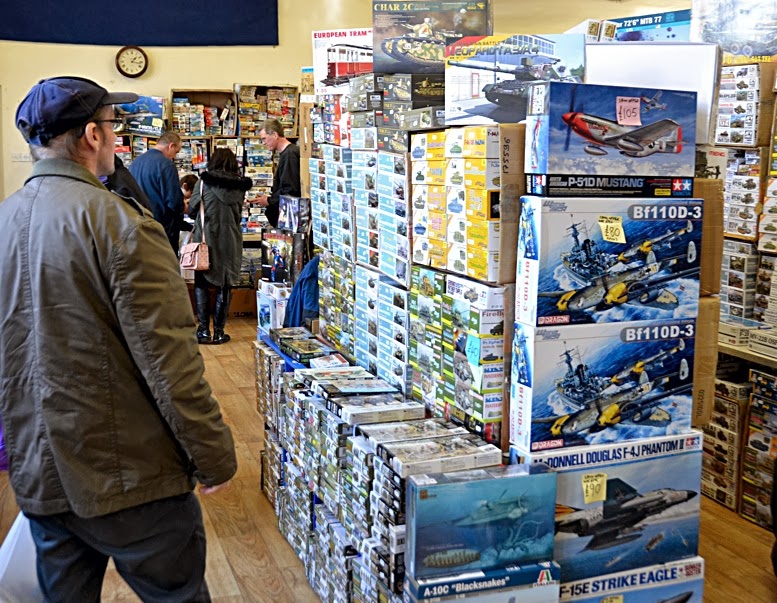 Gary Hilliard (middle below) of Mooncrest Models bought some second-hand kits along. 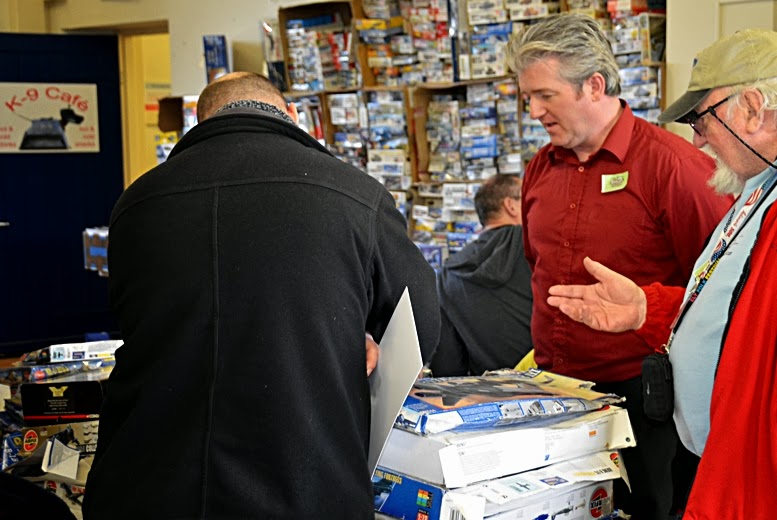 Visitors at the Oxonians Plastic Fantastic stand (below). 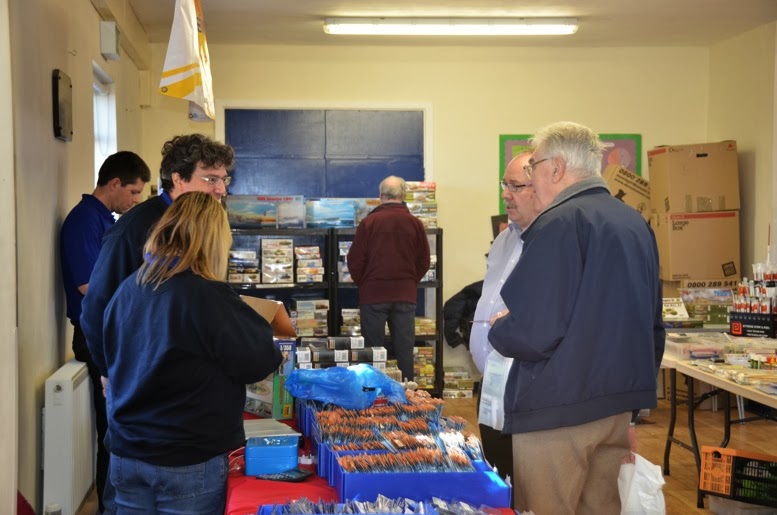 Visit all four shows at Hamex.