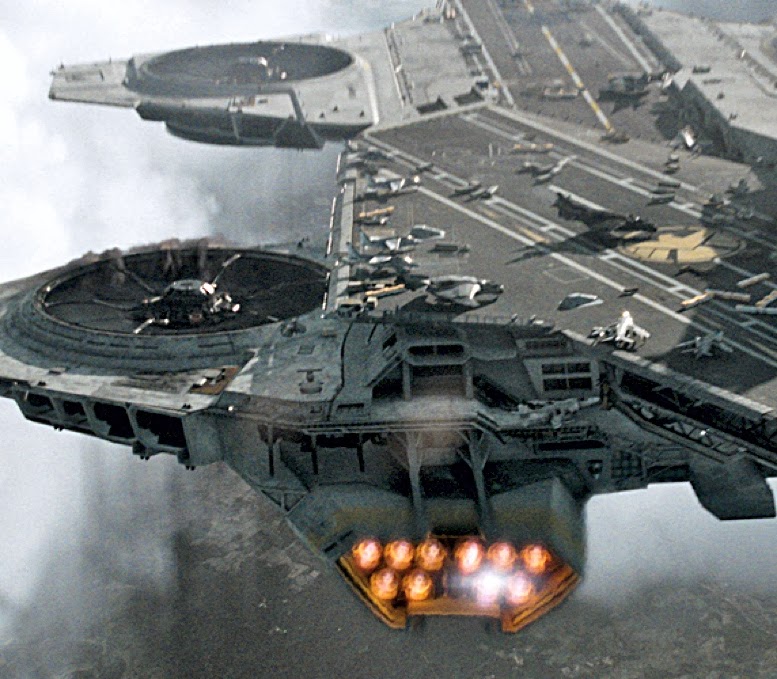 Good news for sci-fi and movie buffs, the huge Helicarrier from the 2012 Disney movie The Avengers is the latest release from the fiction and what-if specialist, Fantastic Plastic.


SMN Report: The fictional Helicarrier is a massive airborne warship. Toting squadrons of Harrier-style jump jets and specialist Quinjets, the Helicarrier is supported by anti-gravity generators, and stabilized in the air by a quartet of huge ducted fans, positioned outboard of the main decks. 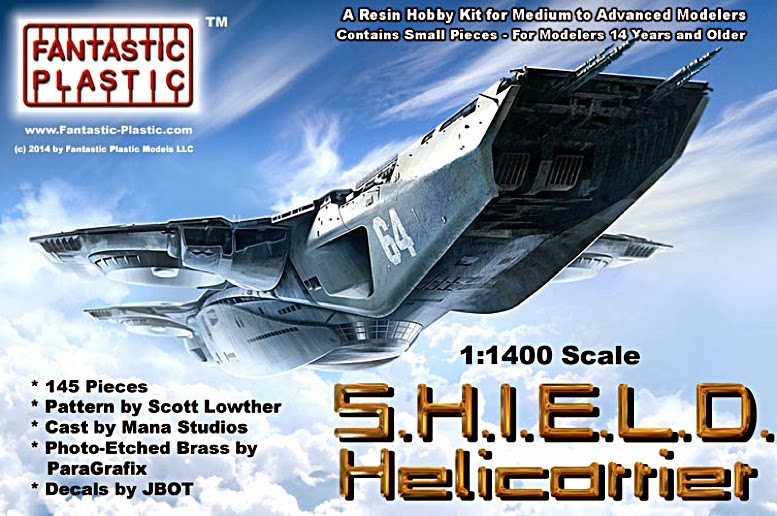 The kit looks well up to Fantastic Plastic standards, with clean resin mouldings and 145 components. It’s worth pointing out that FP says the Helicarrier is, ‘A Resin Hobby Kit for Medium to Advanced Modelers’ and we’d second that, though it wouldn’t put us off making one, especially as there’s a nice-looking (if fiddly) brass-etch fret included.

We’re not so sure about the 1:1400 scale though, which is perhaps a little small for our taste. The assembled kit measures nearly 355 mm (14 in), so it’s no baby, but a 1:700 scale version would look terrific next to (say) a Tamiya USS Missouri or HMS Warspite. Still, AMT does a 1:1400 scale USS Enterprise starship, or if diecast liners are your thing, Siku do a decentish Queen Mary II to that scale. Maybe though, talking scale is a quibble - after all, we’re unlikely to see a Helicarrier from a major manufacturer like Airfix or Revell, so this is it. 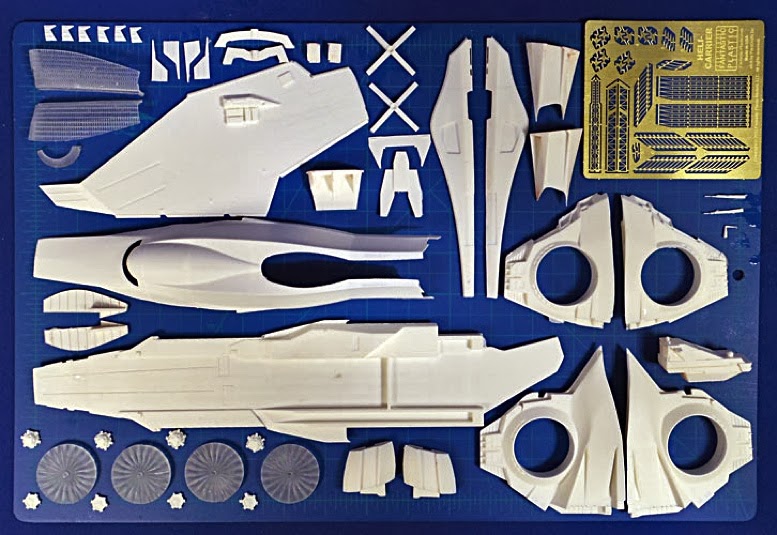 It seems odd, bearing in mind the popularity of cinema science-fiction, that the kit majors have historically avoided blockbuster movie tie-ins. Apart from Star Wars and Star Trek, the action is almost always with smaller outfits like Fantastic Plastic, and good for them. It's worth noting that the hugely successful toy company LEGO shows no hesitation with merchandising options.

About the Helicarrier
The Fantastic Plastic Helicarrier represents a capital asset of the Marvel Comics' fictional intelligence agency, S.H.I.E.L.D. (Strategic Homeland Intervention, Enforcement, and Logistics Division) as shown in The Avengers movie, and now Captain America: The Winter Soldier. 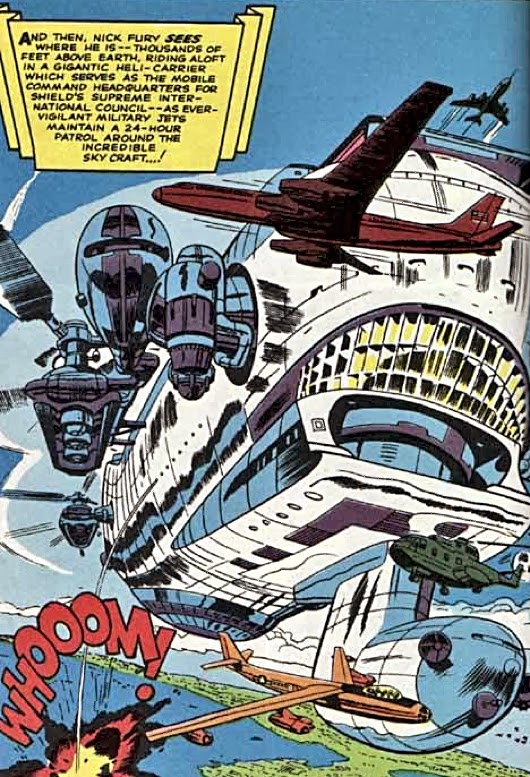 The Helicarrier (above) was drawn originally by artist Jack Kirby for the August 1965 issue of Strange Tales magazine, which featured the ongoing adventures of Nick Fury, Agent of S.H.I.E.L.D. Over the years, the huge craft has seen many redesigns, but is still recognizable as a massive mobile flying fortress. 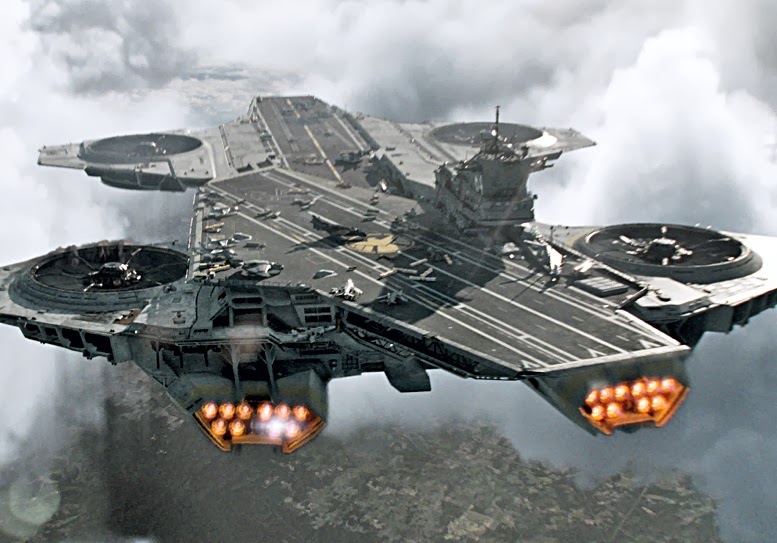 Helicarrier Number 64, as featured in The Avengers, has two-level carrier decks, multiple runways, and is equipped with advanced optical camouflage capabilities. This particular Helicarrier was the work of the well-known movie-effects company, Industrial Light and Magic (ILM). ILM and New Zealand’s Weta Digital combined forces for the movie’s spectacular attack sequence. 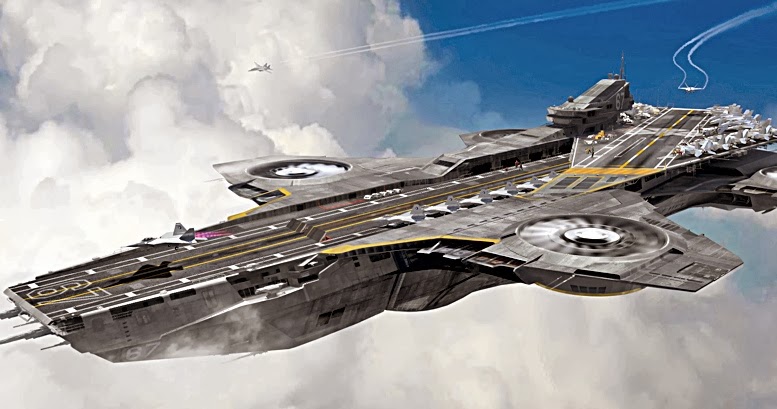 More Helicarriers are shown in adverts and trailers for the 2014 movie Captain America: The Winter Soldier, marked with identification numbers 42, 65, 88, IN-01 and IN-02.

Summation
The kit will need plenty of careful weathering work to bring it to life, and the addition of aircraft on deck to really finish it off. Even so, a great subject for science-fiction fans, and a must-have for Marvel Comics enthusiasts.

There are plenty of Marvel collectibles out there. The comics look particularly good on smartphone or tablet.