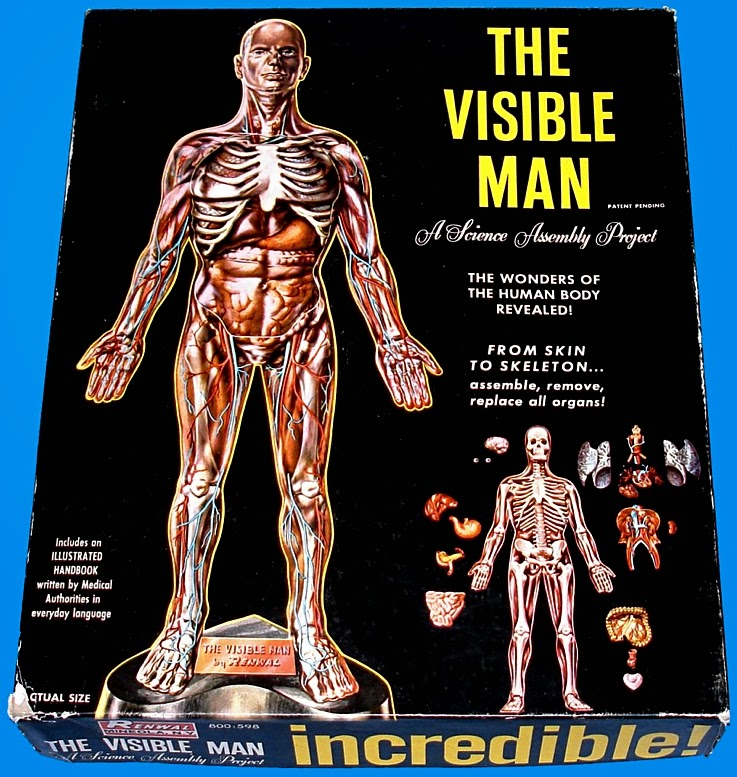 The Renwal Visible Man is one of the best-known model kits ever made. Here are details of how it came to be, as told by Adam Rosenbloom, grandson of the Visible Man’s inventor, Irving Rosenbloom.

“He is listed as the only inventor. My father recalls that the seed idea to produce a transparent plastic model toy was inspired by seeing a model of a human skeleton in the Hall of Human Origins at the American Museum of Natural History in New York City. It was HIS brainchild. 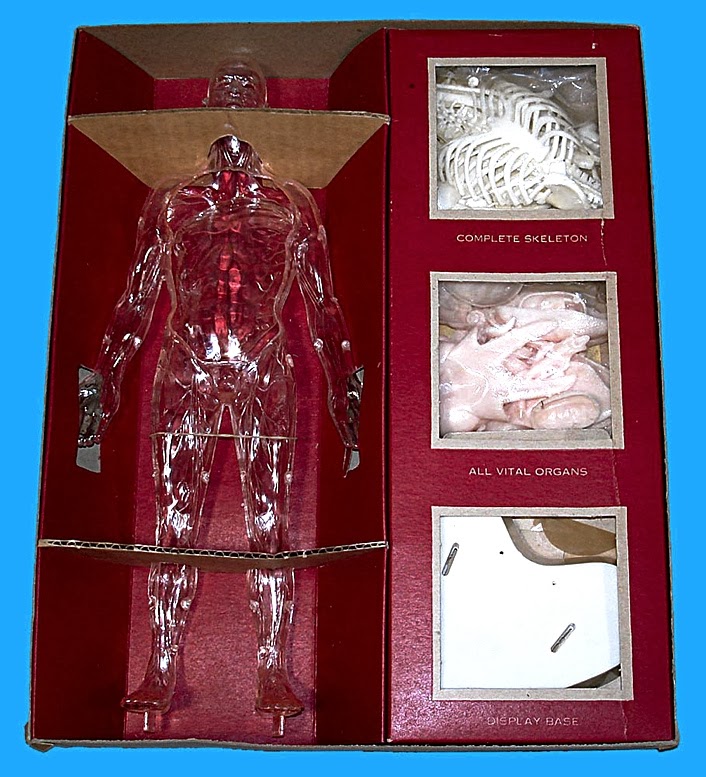 “Later, other collaborators associated with Renwal would join the production team, tasked with such assignments as implementing the shaping for the plastic internal organs. My grandfather was a very modest person and preferred to remain ‘behind the scenes’ throughout his lifetime. But I have seen postings on the Internet which falsely claim others as the originator of the Visible Man. So, I feel on behalf of my family, it's time to set the record straight.

SMN: You have more details on patents?

Adam: “In patent law, inventors are required to sign an oath or a declaration stating that they believe that they truly are inventors. Anyone who contributed to any part of the claims is considered an inventor. Just because an engineer was assigned by management to work on the idea prior to filing a patent on the invention does not mean that he or she is an inventor even though some of his ideas are included in the description portion of the patent application.

SMN: And your father told you more?

Adam: “My father, Arthur Rosenbloom, explained it like this:"

“In the 1950s, Americans were thrown for a loop when the Russians put up Sputnik. My dad, believing that the market was thus ready for a line of educational hobby kits, particularly in science, began combing museums for ideas and came upon a 10 foot tall replica of the human body with visible internal organs (at least most of them) at the Museum of Natural History, in Manhattan. 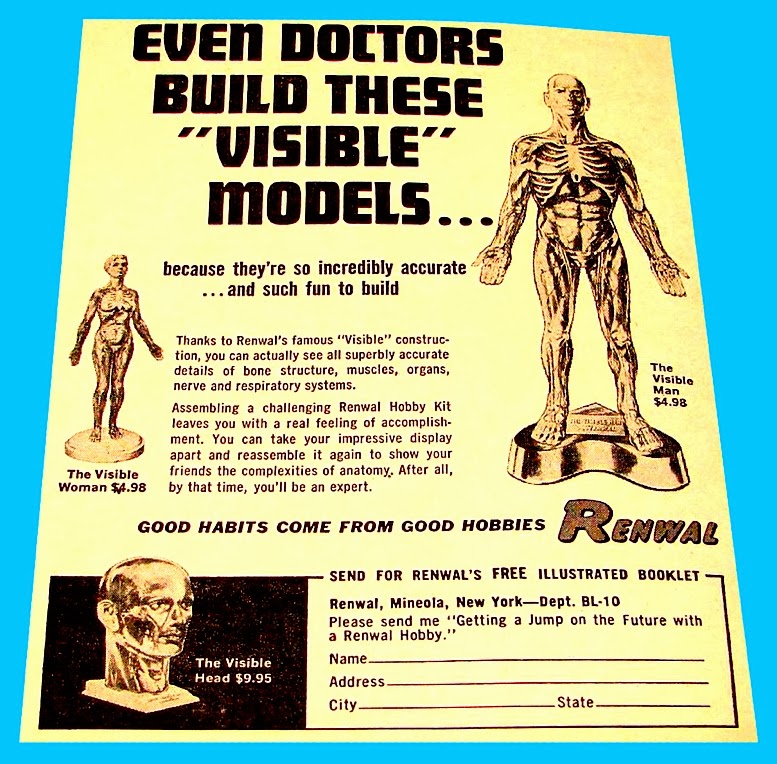 “Upon returning to the factory, he asked Irving Lubow, head of production, whether it was feasible to manufacture a ‘visible man.’ After studying the idea and thinking through how the molds might be designed, Lubow concluded that such a task might be do-able and commissioned Marcel Jovine, a model-maker, to produce a model of an 18 or so inch version of the object to visualize what a fully-assembled Visible Man might look like.”

SMN: So Irving Rosenbloom was the founder and president of Renwal. And while Jovine and Lubow worked closely with him, the core idea of using a Visible Man as a way to teach children about how the human body functions was his, as the US patent proves.

Adam: “There was yet another individual, not even associated with Renwal (to my knowledge) who made a false claim that he invented the Visible Man.”

SMN: Fascinating stuff Adam. Many thanks for all that background info, and also to your grandfather for coming up with the original idea. 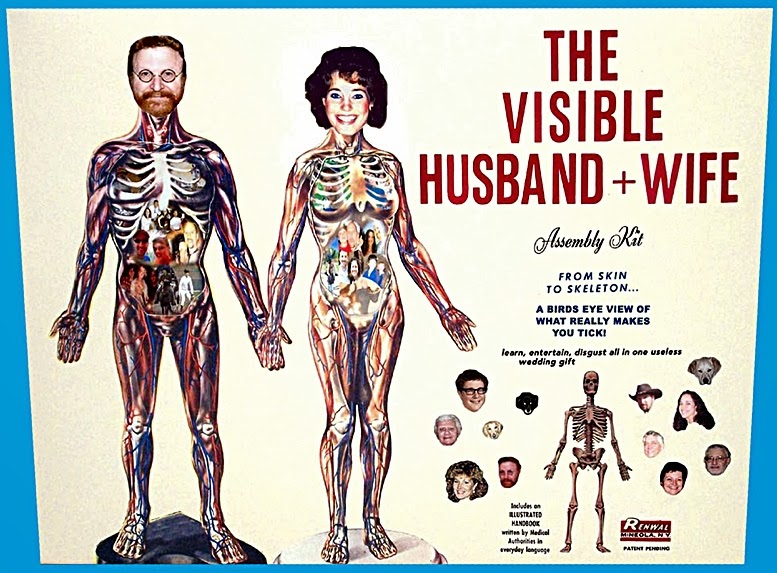 Interested in the see-thru idea? Revell has a line of see-thru X-Ray anatomy models (below) featuring a range of visible creatures as diverse as dogs, frogs, sharks - even a tarantula spider (see bottom). Great to look at, and they're useful educational tools for children. 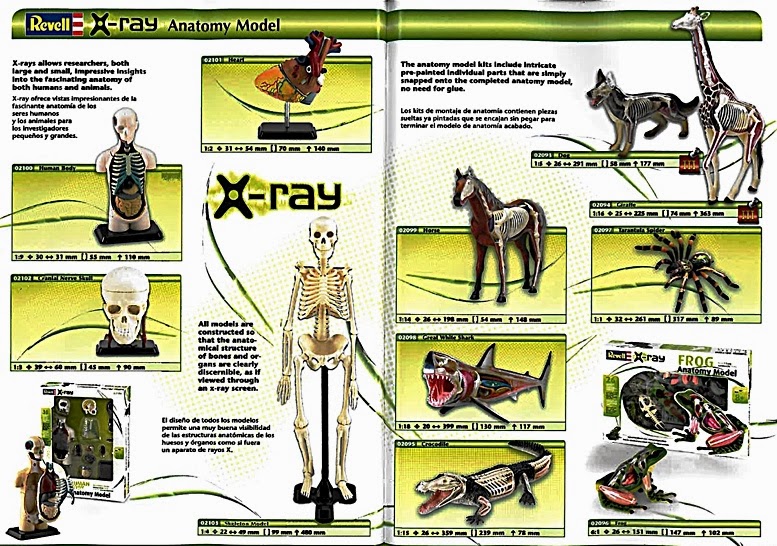 And the Visible Man? Click below to see the currently available Skilcraft version, a model that stands some 406 mm (16 in) high.