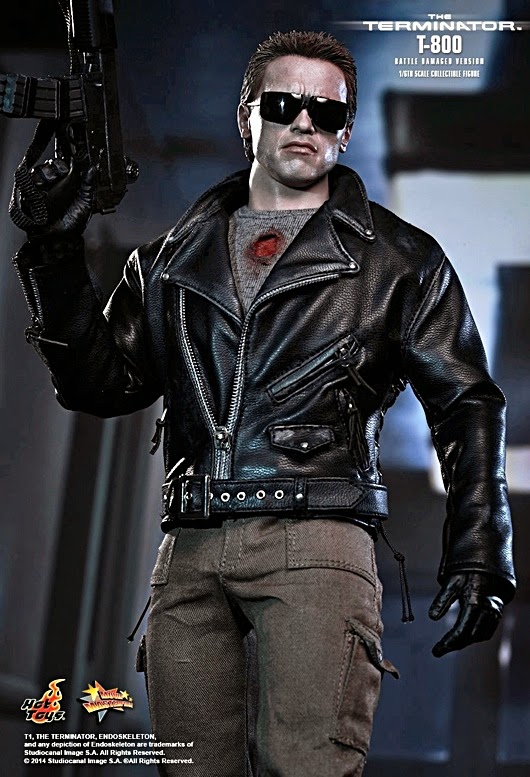 The T-800 Terminator strikes back with this latest 1:6 scale figure from the Hong Kong firm, Hot Toys.


David Jefferis reports: Hot Toys has revealed the latest Arnold Schwarzenegger figure in its 1:6 scale collection, a battle-damaged T-800 from The Terminator a movie that’s been around for a near-unbelievable 30 years. 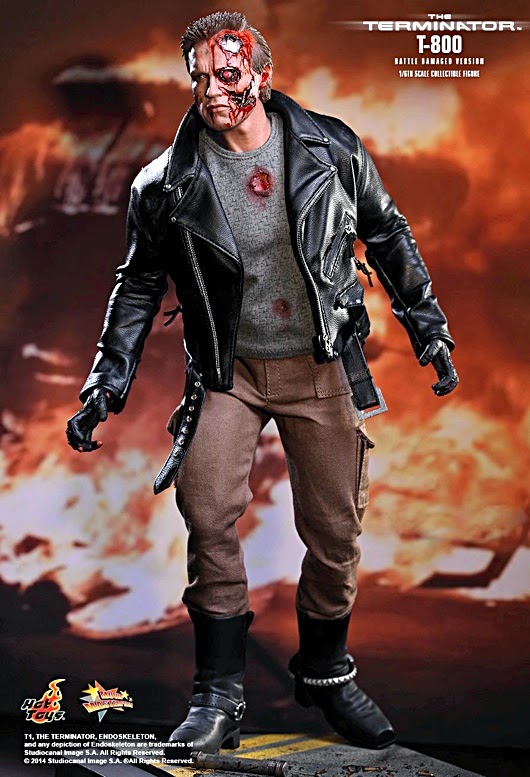 Arnie has already been given the Hot Toys treatment for his role in the 1991 Terminator 2: Judgement Day, but this new figure recreates his performance in the first film.

The 1:6 scale Hot Toys Battle Damaged T-800 comes with two different heads, one of them more damaged than the other, allowing you to see parts of the metallic endoskelton, and the famed glowing red eye.

There’s also a leather jacket, a range of guns, different hand positions and, of course, Arnie’s trademark ultra-dark sunglasses. However (and it’s something of a pity for this reviewer) there’s no built-in trigger and sound system for the figure to say those immortal words, “I’ll be back.” 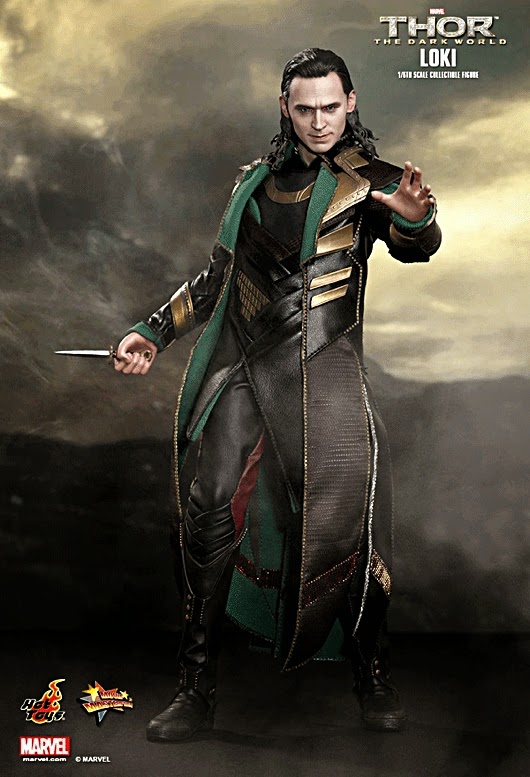 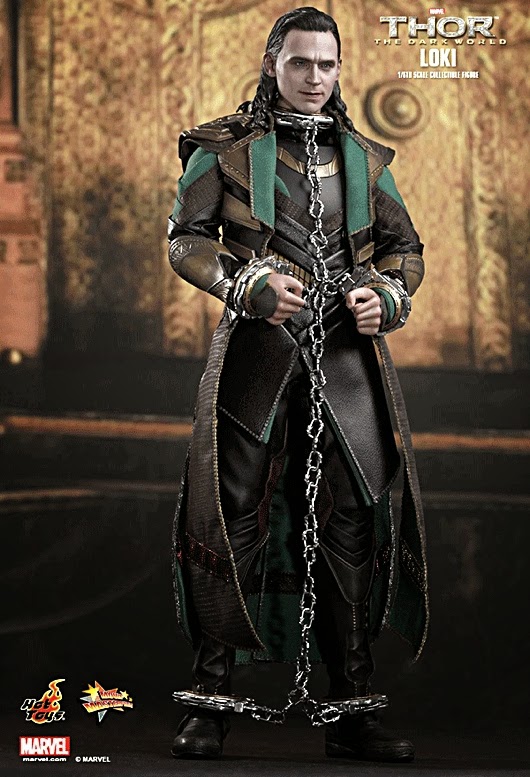 Loki features in the movie Thor: The Dark World and is played by actor Tom Hiddleston. Echoing the role, the 1:6 scale Loki comes with poseable positions, and weapon set. 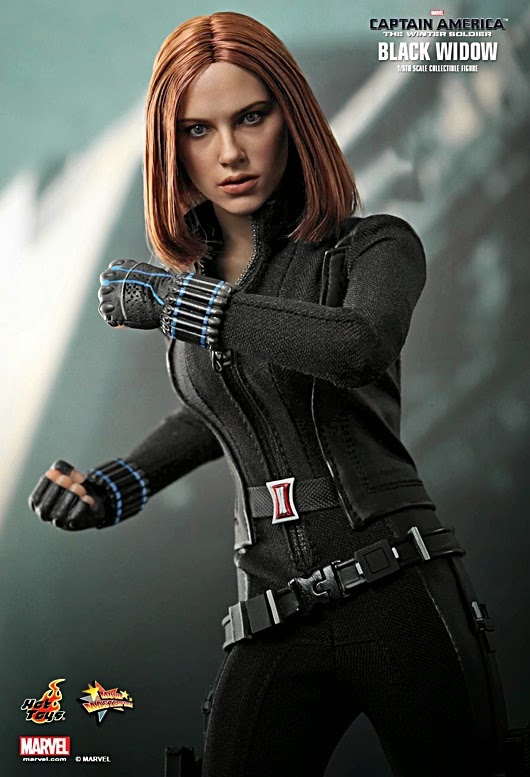 For Captain America fans, the Hot Toys Black Widow figure looks good, not least because the model bears a decent resemblance to the slinky actress Scarlett Johansson, who plays the role in Captain America: The Winter Soldier.

The 1:6 scale Black Widow comes with a different of hand positions, a range of fists, and the Widow’s preferred choice of weapon, a pair of hand guns. 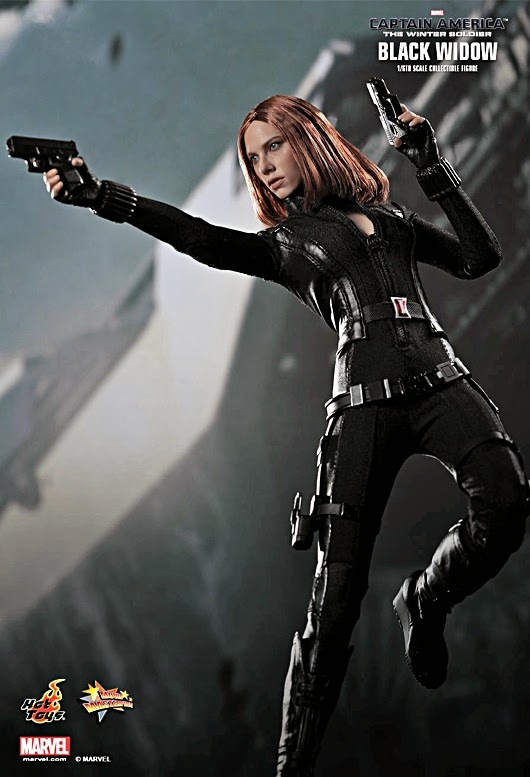 In 2010, the company's Toy Hunters store was declared one of the 50 best independent shops in Hong Kong. So now you know.

Summation
Great figures, if somewhat pricey. However, if you like movies and movie merchandise, then a look at the Hot Toys lineup is a collector’s essential must-do item.

Click the ads and pix below to see more movie collectibles.