THE PHINAL PHLIGHT OF THE PHAREWELL PHANTOM 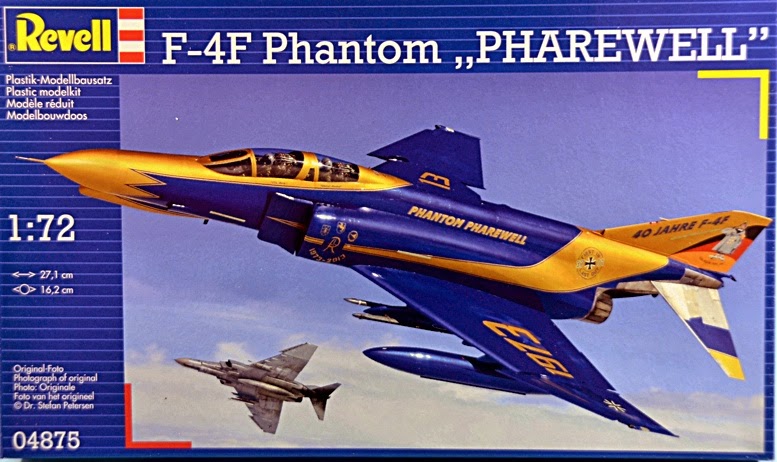 Here is a reissue of Revell’s standard 1:72 scale McDonnell Douglas F-4F Phantom, but this time the moulding is in a rich blue, with markings that represent a special scheme used to celebrate the Phantom’s final flight in Luftwaffe service, carried out on June 29, 2013.


Mat Irvine: The Pharewell Phantom’s phlight marked 40 years of continuous Luftwaffe service, a career that started with the first delivery, on May 18, 1973. 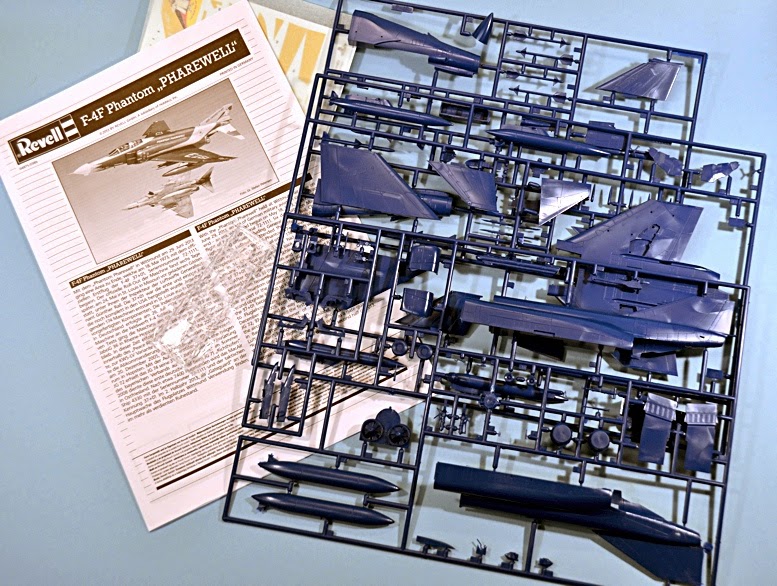 The object of the kit is in its markings, which are provided on a large decal sheet, printed with 56 items. Some are for cockpit instruments, but the majority are for the striking colour scheme on this last Luftwaffe Phantom. The colour scheme is blue and gold, and here the plastic is moulded in blue, so it’s the decals that carry the gold. The only slight break is that the tail also features the German flag’s stripes of black, red and yellow.

The box-art shows the Pharewell Phantom during its final air display. The Phantom in the background is one of the others that flew that day. 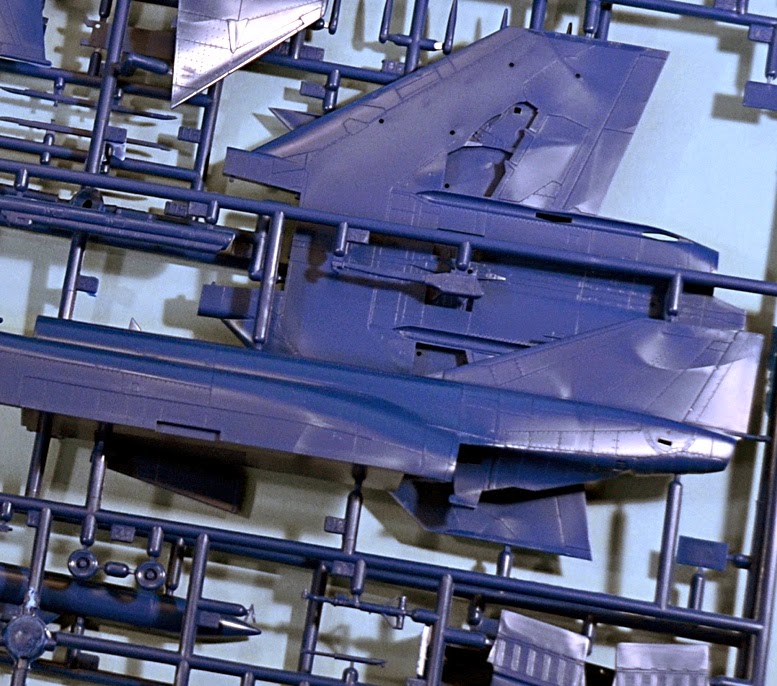 The 103 components are cleanly moulded, all in blue, except for the transparent cockpit canopy.

The essential reason for this particular Phantom variant is the unique colour scheme, as depicted in the decal sheet. Metallic colours are the most difficult to print, but the gold here comes over very well indeed. 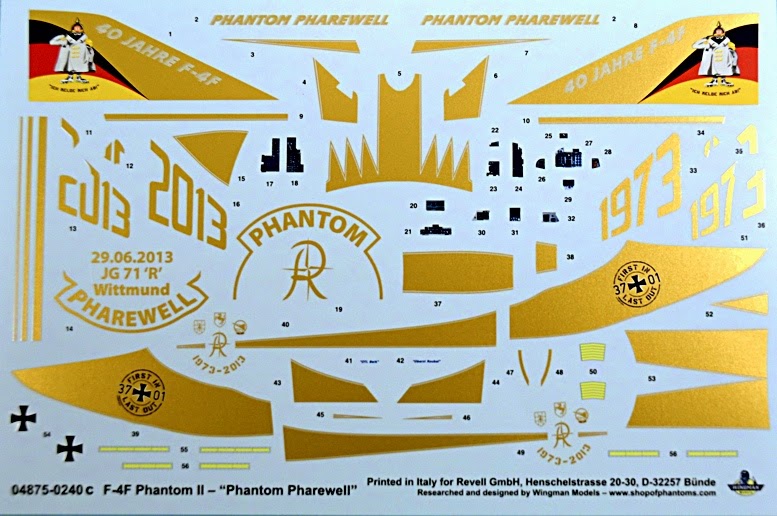 Pharewell Phantom and others are available from the suppliers below: