Aaah… the 'Little Belgian' aka 'The Muscles from Brussels' strikes the Internet again with this oh-so-fun CGI splits-in-space. Last time we looked, it was heading toward the million-hits mark, with no end in sight.


Seriously (maybe) it's another example of how modelling has moved on since the early days of puppets and strings. For scale model fans, the lesson is in creating interesting dioramas with - if you're reasonably Photoshop-literate - great backdrops and the ability to print off photo-realistic support material, whether that's old rail station adverts, building frontages, crowds, or whatever else takes your interest.

Here's a nifty example from the leaping cat buffs at Jaguar Mk2 Info, and of course there are many, many more equally beautiful creations around the Internet and of course, at model shows. This particular Jaguar diorama took my fancy as I learned to drive on the beast - and found there was little or no gap between first and reverse gears, so I never really knew in which direction I was about to roar when I dropped the clutch! 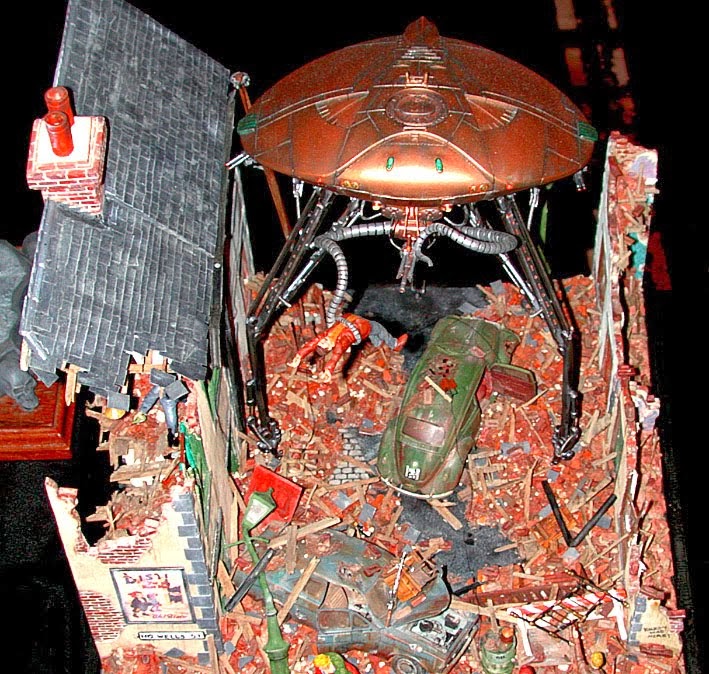 It always helps if a diorama tells a story, and this one (above) does just that, with an updated look at the cosmic chaos of a War of the Worlds walking-machine attack on a German strasse - Veedub drivers beware.

Below, this model show sci-fi winner reveals a splendid take on a future two-wheel transportation device. Beautifully made, convincing details, simple but effective diorama elements - and a pair of attractive female figurines. 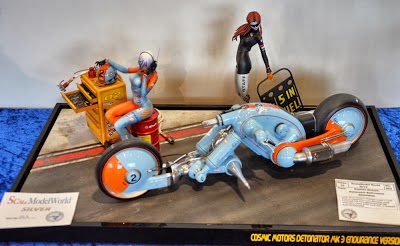