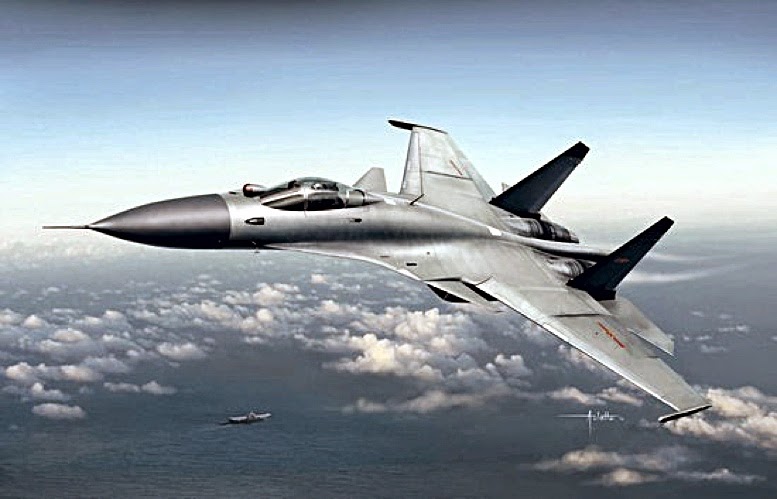 Wow - Chinese moviemakers prove they can out-Hollywood Hollywood when it comes to action shots and epic background music. And modellers can echo the movie we show below with J-15 Flying Shark kits from Dragon and Hasegawa.

As for the design story of the sophisticated twin-jet J-15 Flying Shark, if you're cynical it's a Sukhoi knockoff, otherwise it's a fine piece of advanced engineering developed from the Russian original.

Either way, there's plenty in the movie to interest model makers, not least the detailed shots of wing-folding and deck action, plus the excellent in-cockpit video selfies taken by Chinese pilots. It seems that Western fighter jocks aren't alone in enjoying seeing themselves on screen.

The J-15 hasn't been widely modelled but there are some interesting kits out there, primarily the Dragon 1:144 scale tiny (header and above) and the Hasegawa 1:72 release. Taking the smaller kit first, Dragon picks out its features as:

Of these, movable canards seem a pretty good effort at this scale, and the missiles are very crisply moulded, so top marks to Dragon for these.

Hasegawa USA has no doubts where it stands on the design history of the J-15, and we quote:

"Sucking all the good tech out of the Sukhoi-33… The PRC J-15 fighter is a copy of the Sukhoi-33, made in violation of international copyrights and agreements. The carrier the J-15s are launched from was also bought and upgraded under false pretenses. Apparently, you can do what you want when you own sixteen of the most powerful jet fighters in the world. After all, who's going to get in the way of a super-sonic fighter carrying 12 air-to-air missiles and a 30mm autocannon? This limited edition kit features decals for Chinese People's Liberation Army Navy Code: 554."

None of which need get in the way of a good kit, which has 204 components, finely produced in the Hasegawa tradition. The box art (below) is also traditional Hasegawa, being a simply beautiful painting that would look good gracing the wall of anyone's hobby room or den. 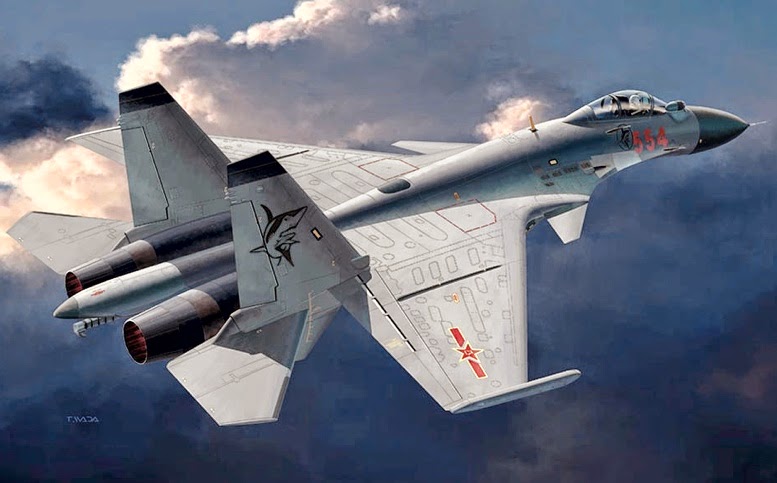