SMN report: The X-47B UCAV first flew in 2011, and carried out first tests aboard an aircraft carrier the following year. The X-47B has set records throughout its flight history, not too surprising perhaps, as it is easily the most advanced aircraft of its type. It has become the first uncrewed air vehicle to make an arrester-hook landing on a carrier, and a catapult launch in 2013. 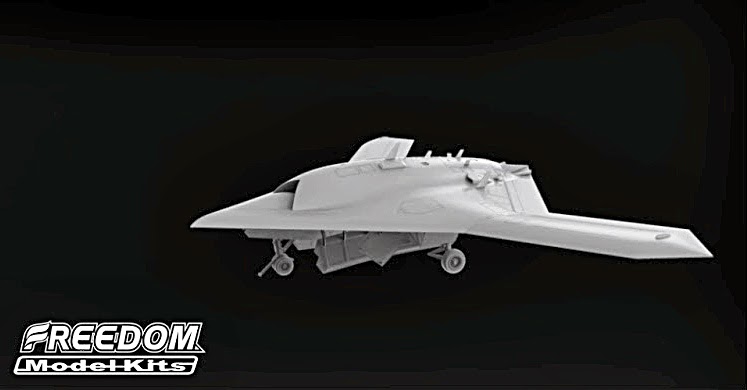 The X-47B can tote a hefty warload, with a capacity of up to two tonnes (4500 lb) carried in twin weapons bays. It’s a biggish machine, with a wingspan of some 19 m (62 ft). Tests continue, and though the X-47B is a demonstrator, production versions that follow could be in service with the US Navy as soon as 2019. 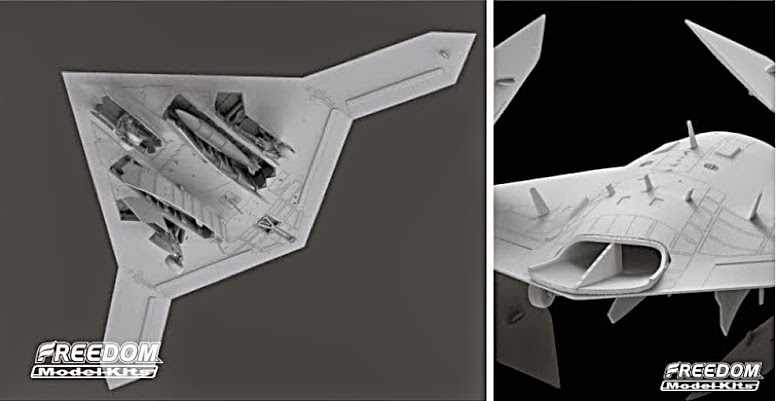 How does the kit look, especially from a new manufacturer? We haven’t seen the finalised product yet, but judging from the cgi material that’s been released, we have high expectations that it will be a decent kit. 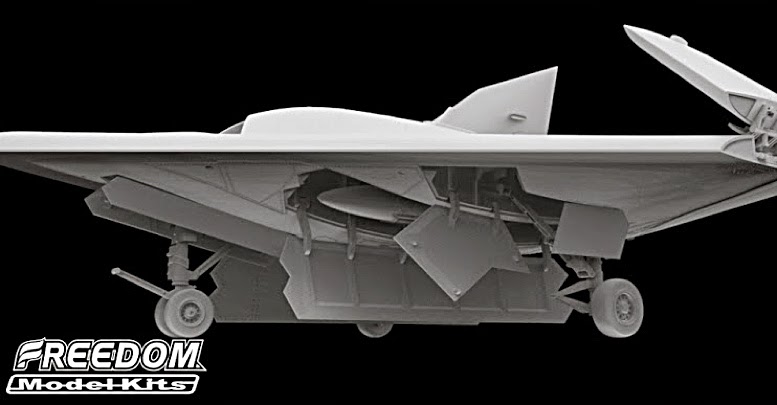 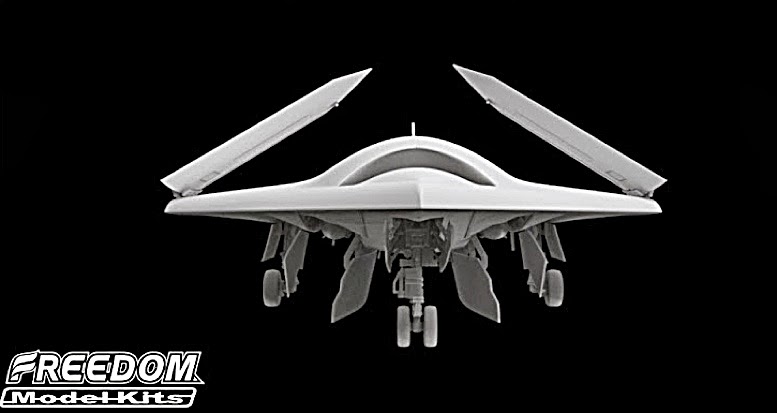 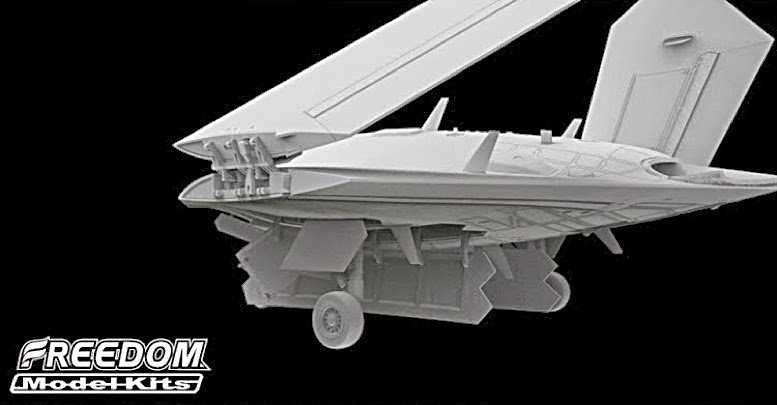 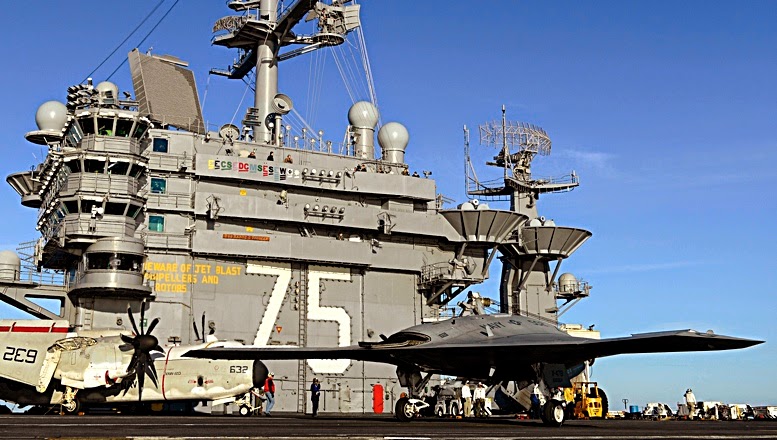 The real thing on deck. The X-47B is comparable in size with the piloted F/A-18 Hornets, seen sharing deck space with the UCAV (below). 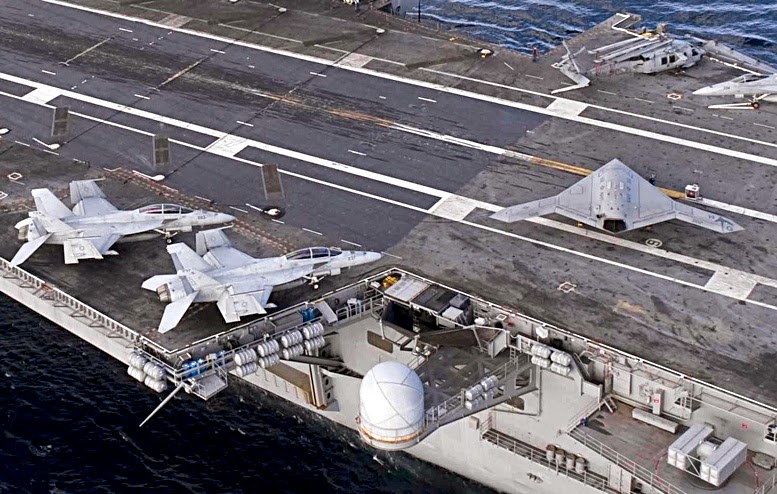 The X-47B is tidy and compact when the wings are folded (below) making it ideal for use aboard a carrier, where deck and hangar space is always at a premium.. 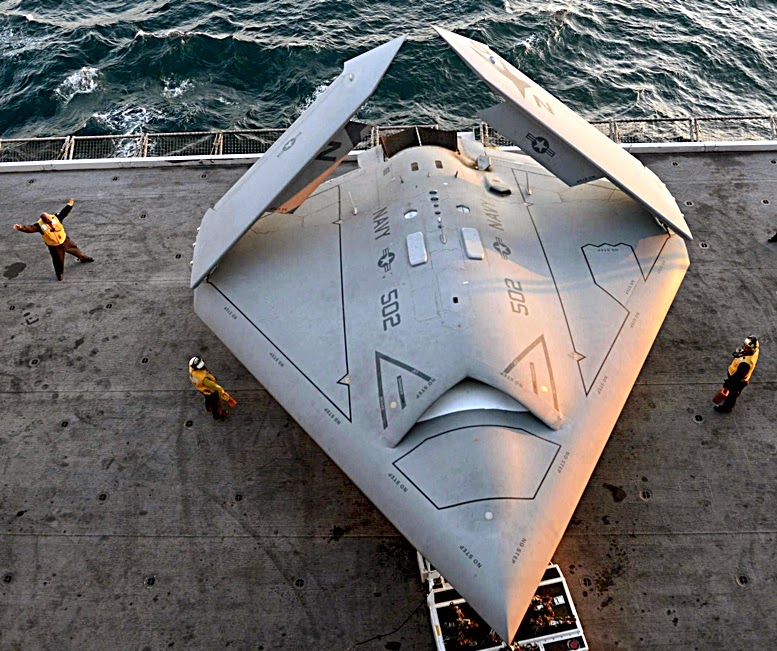