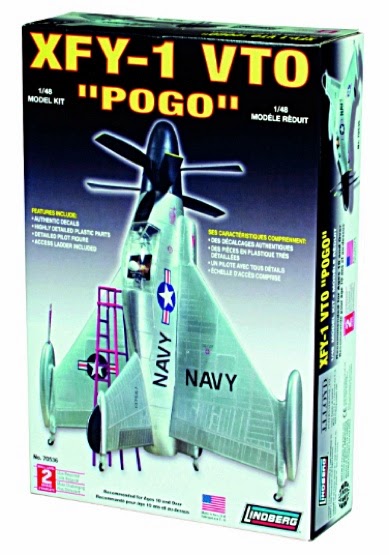 We looked at the Aurora Lockheed XFV-1 recently, and here is its sister tailsitter fighter plane, the experimental Convair XFY-1 Pogo, still available as a 1:48 scale kit from classic kit manufacturer, Lindberg.


SMN REPORT: The kit itself dates back many years, and so is hardly a state of the art production. But as an example both of its era and the subject matter, it scores very highly. 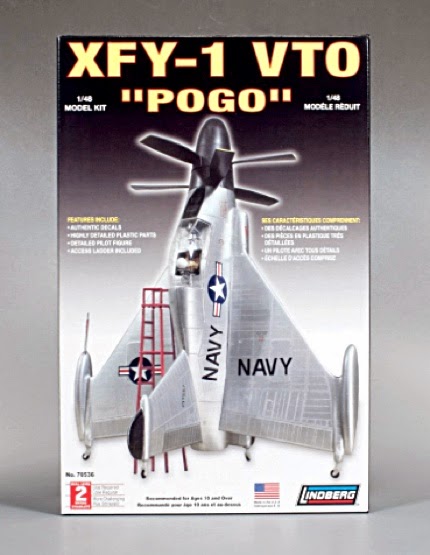 The kit is made to 1:48 scale, allowing the XFY-1 to stand some 222 mm (8.7 in) on its four castoring wheels. The pilot’s entry and access from the cockpit was via a long metal ladder, and this is faithfully reproduced in the kit, as is a not so convincing seated pilot figure.

In general though, the assembled kit (below) is an OK build, and the XFY-1's unusual appearance should earn it a place on display with a selection of other 1950s experimental aircraft. The overall finish is bare-metal aluminium, so careful attention with different panel shades, some light weathering, and a hint of discolouration from exhaust gases will work wonders with the final model. 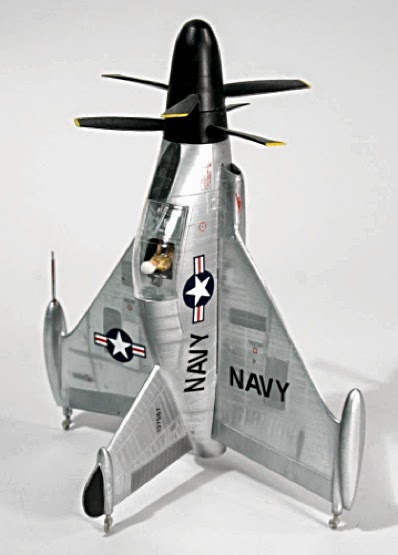 The real thing
The Convair XFY-1 Pogo was an experimental vertical takeoff and landing machine that first flew in 1954. It had twin three-blade contra-rotating propellers, powered by an Allison YT40-A-16 engine. 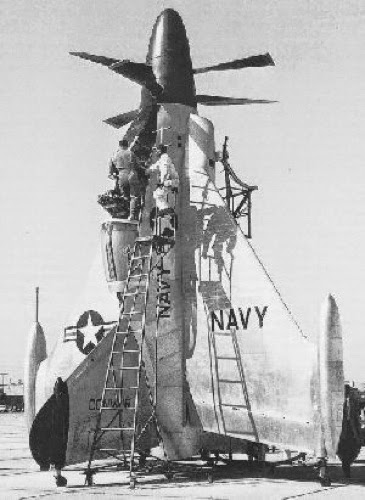 The XFY-1 was designed as a high-performance fighter-interceptor, capable of operating from small warships. The idea was sound, though even in 1954, props were looking distinctly old-fashioned compared with jet-age machines. Having said that, the XFY-1 was designed for a sprint top speed of more than 980 km/h (610 mph), though cruise was a far more leisurely 644 km/h (400 mph). 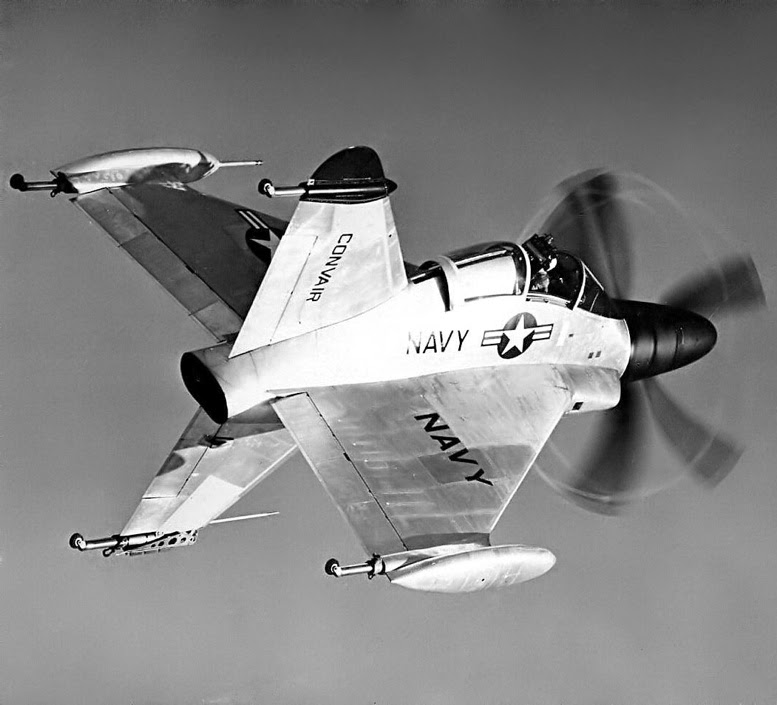 Apart from being a propellor plane in the new age of jets, the concept was flawed in a major way. Making a landing was a difficult exercise, even in perfect test-flight conditions, let alone even entertaining the idea of returning to the heaving deck of a warship in rough seas. 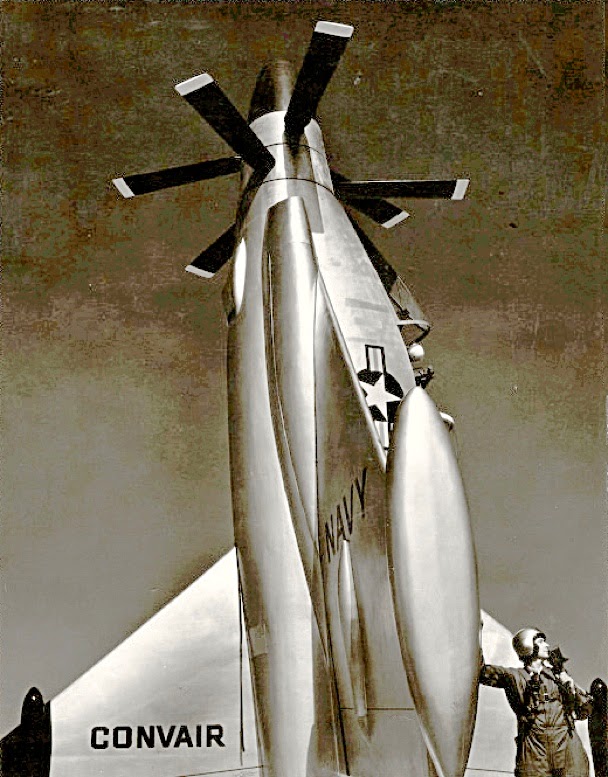 There were no automated landing aids available at the time, and to touch down safely, the XFY-1 pilot had to descend carefully while looking through mirrors, even over his shoulder, all the while adjusting the throttle with a featherweight touch. Hardly surprisingly, this became a no-brainer reason to kill the project for those holding the budget strings, and XFY-1 testing finished in 1955.

Summation
Give the model some TLC and sit it on a diorama-style landing pad, perhaps with some ground crew figures, and you will end up with a fine piece of aviation and modelling history. If you can find a same-scale Aurora XFV-1, so much the better, as these two would look good together. Great as a nostalgia fest, and a fine example of 1950s-era blue-sky thinking, even if it did turn out to be a technological dead-end.