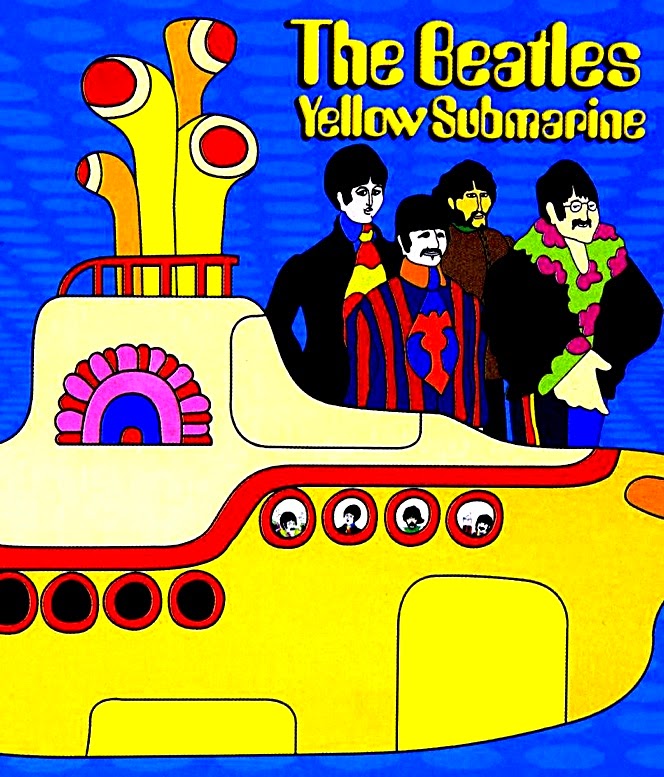 Older readers may recall the smash-hit animated movie Yellow Submarine, released in 1968. Here’s a collectible from that hippy era, a Corgi Toys diecast model of the sub, complete with a ‘Fab Four’ crew, who travel under two folding hatches.
More than four decades later, the Corgi Toys Yellow Submarine is not exactly made of unobtainium, as a steady trickle of the appealing model appears on auction sites, such as eBay. 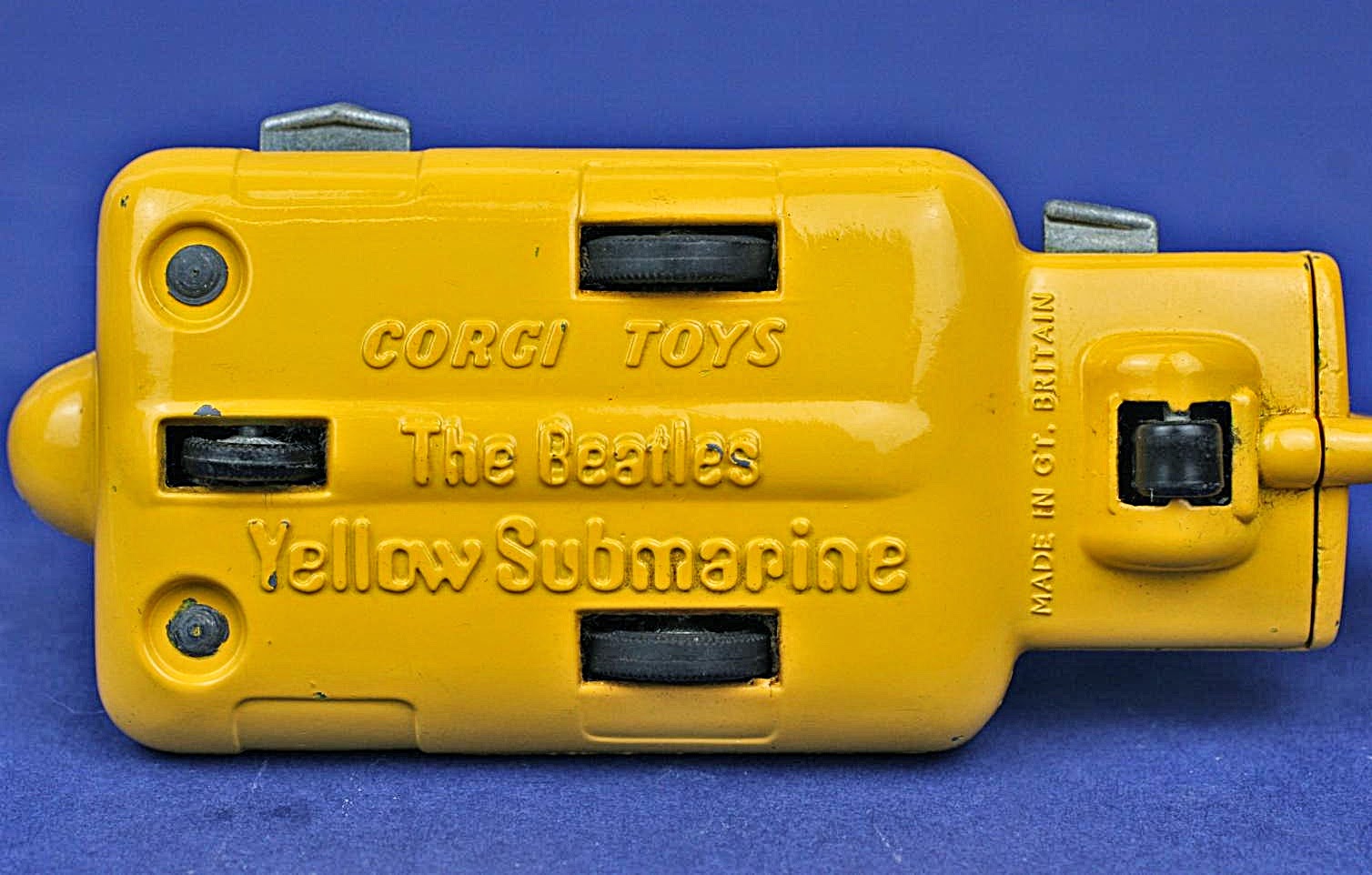 However, that hasn’t stopped prices for good examples easing gently upwards over the years, and there are several Yellow Subs currently for sale, at prices ranging from a highly affordable $30 USD to a wallet-withering buy-it-now price of $899.95 USD. 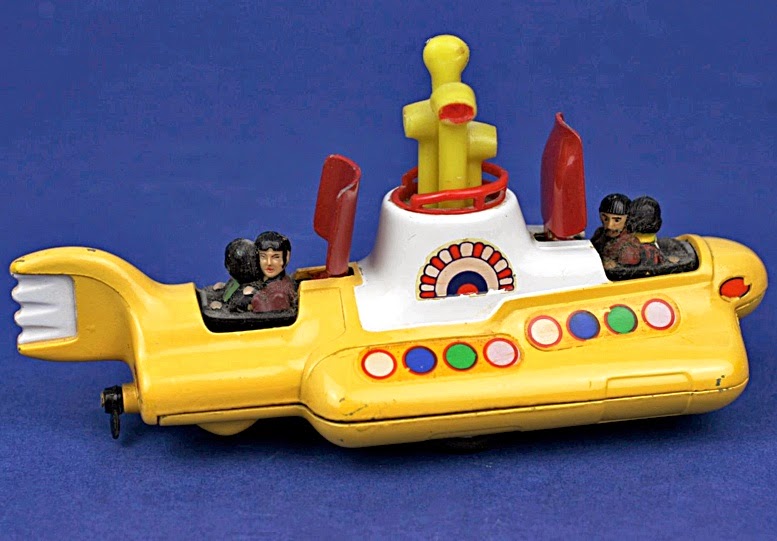 At the top end, the ad claims, “Very rare original 1968 Beatles Yellow Submarine die cast corgi toy. No. 803. Small dent in top of plastic window, which is difficult to capture with the photos. But there are no holes in plastic window.

As for the box, “Box discolored a bit and has tape on right side. The die cast model inside seems to have discolored with age a bit. The photos accurately represent the state of the model. Sold as is.” 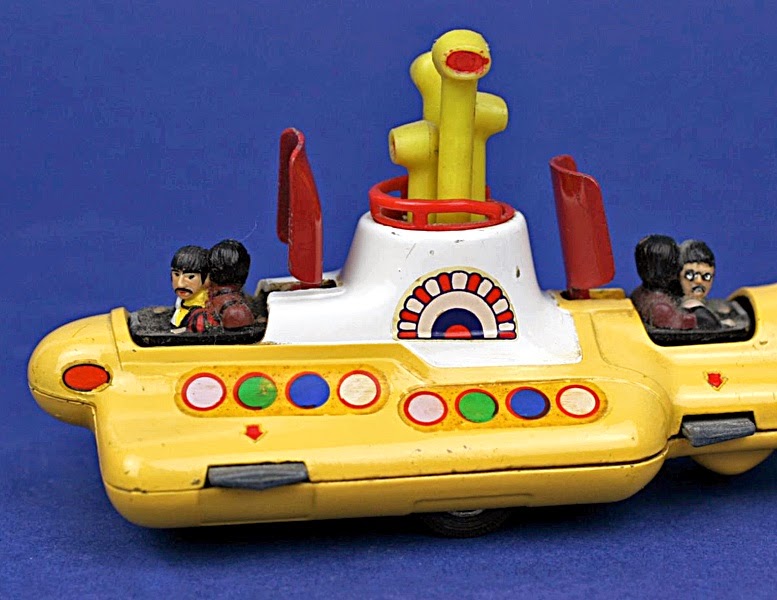 At the other end of the price scale, you need to part with just $30 USD, which has to be a great buy for anyone who wants a taste of that bygone era.

The seller’s intro starts, “This item is a must for any serious Beatles fan!

He goes on, “History has confirmed that The Beatles were not merely a pop group but the definitive musical phenomenon spanning more than four decades. Since 1960, the lifestyles of John, Paul, George, and Ringo have influenced and reflected the lives of generations across the globe. 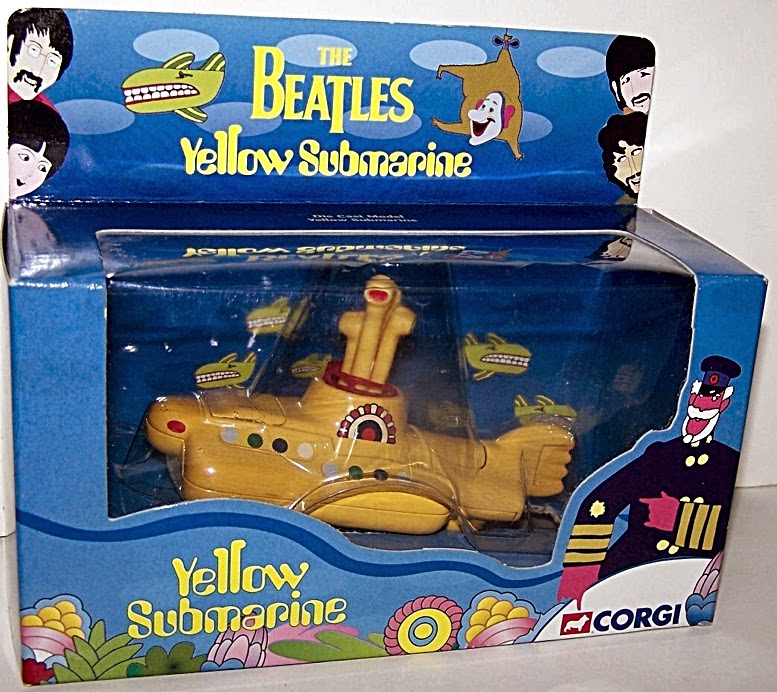 “Yellow Submarine was released as an animated feature film in 1968 to critical acclaim and an instant cult following. The psychedelic plot involved the Beatles journeying into Pepperland in order to restore happiness and music by defeating the Blue Meanies. This Die Cast Yellow Submarine celebrates the 1999 re-release of what is still today considered an animation classic.”

On eBay, you need to describe items for sale in detail, “This item is in great condition. There is a blue cardboard support (pictured) that has a rip from holding the weight of the model (it's got some serious weight) but the box, plastic and submarine mode itself are in great shape. There are three wheels and a propeller on the bottom of the model and great "Fab four" images on top carefully painted. A great item for show or collecting. Will ship to continental US only - Happy bidding!!” 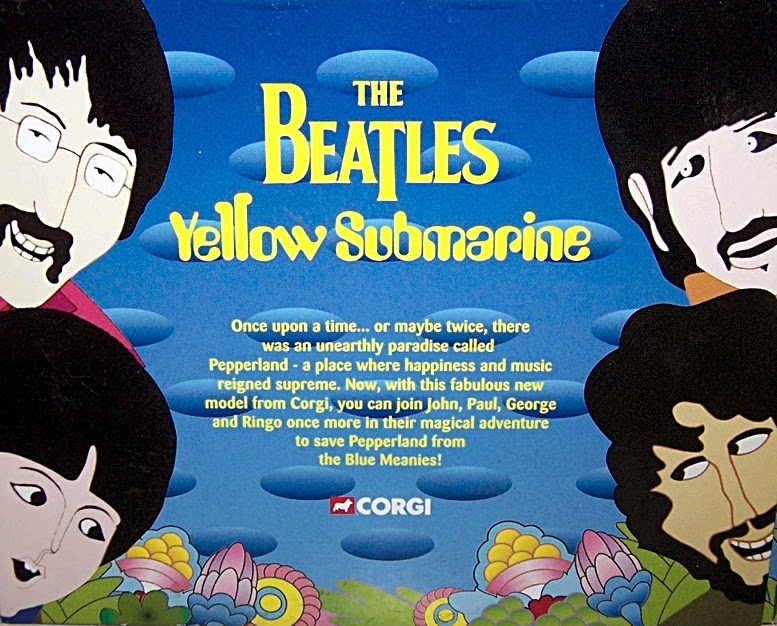 Leaving prices aside, the Corgi Toys Yellow Submarine is a fine example of this diecast manufacturer’s art. It comes complete with four small Beatles characters, two under each hatch, which open fore and aft of the central conning tower. Actuation of these is via a pair of grey switches. A propeller is included under the rudder, though its presence is something to watch out for, as it can be easily snapped off. The portholes are just decals, but they work as decoration, so that’s not too great a loss. 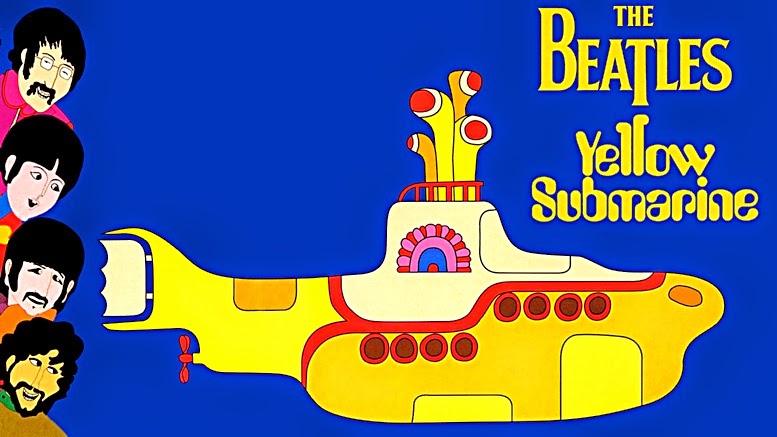 The model has been released several times over the years, so the highest prices are achieved only by examples from the early days, and ones that are mint or near-mint in box.

Want to make your own Yellow Submarine Beatles? Round 2 have an interesting set of figures.